When Mandy Moore and her musician ex-husband Ryan Adams separated in 2016, many articles focused on how they were supposedly fighting over their cats and dogs. Their divorce was low-key. He reached a level of fame outside the US (he’s very well-known there) when he recorded a variation of Taylor Swift’s 1989 album.

They split after six years of marriage and it’s only now that Moore, a well-established actress (star of This is Us) and musician in her own right, has said the singer’s alleged behaviour was psychologically abusive.

In an exposé in the New York Times, several women have come forward and accused Adams of sexual misconduct. The story features allegations against Adams of emotional and verbal abuse by seven women, including ex-wife Moore and ex-fiancee Megan Butterworth, as well as accusations of sexual manipulation from five more, one of whom was underage at the time she first interacted with him.

Moore, who was married to Adams from 2009 to 2016, said that during their relationship Adams also offered help with professional advancement but ended up destroying her confidence in her music with verbal harassment. She says her ex-husband offered to collaborate on an album one year into their marriage and dissuaded her from hiring other producers or managers so that they alone were responsible for her music. 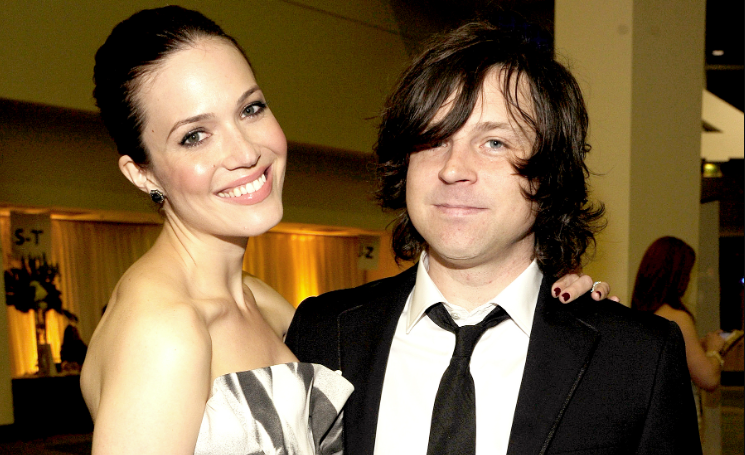 In the meantime, Adams and Moore wrote songs together that they never recorded and Adams told Moore she wasn’t a “real musician” because she didn’t play an instrument.

“His controlling behaviour essentially did block my ability to make new connections in the industry during a very pivotal and potentially lucrative time — my entire mid-to-late 20s,” Moore added.

“Music was a point of control for him.”

“What you experience with him — the treatment, the destructive, manic sort of back and forth behaviour — feels so exclusive. You feel like there’s no way other people have been treated like this.”

Adams disputed Moore’s account via his lawyer and said he was supportive of her “well-deserved professional success.”

The article goes on to accuse him of exposing himself with an underaged girl who at times lied about her age, yet he persisted. “I would get in trouble if someone knew we talked like this,” Adams wrote to her in November 2014.  “If people knew they would say I was like R Kelley lol,” he wrote later.

Worth noting that Ryan Adams sent this deranged (and now deleted) tweet earlier today ahead of the New York Times exposé being published. pic.twitter.com/rd8mVkSEQk

His ex-fiancee Meghan Butterworth said that last year when she left him, he “inundated her with hundreds of text messages, phone calls and emails, oscillating between emotional pleas and vitriol, and also threatened suicide.”

Only recently did the women discover that their experiences overlapped, finding a support system in each other. The women chose to speak out about their experiences in the hopes of protecting others and moving forward, they said.

The story is grim but in a post-#MeToo world, women banding together, offering support and publically denouncing their accusers is a shining light even in dark times.

‘Fame is a trauma’: Cole Sprouse on how Hollywood sexualised his female co-stars growing up