Leandra Medine seems like a woman who has it all. A successful enterprise with her blog turned fashion website Man Repeller. Invites to every FROW worth attending. A work uniform which includes whatever she damn well feels like, including dungarees. The 26-year-old is living a lot of young women’s dream.

However, fashion internet superstardom is like all celebrity. While it is glamourous, there’s a separation between all those filters, blow dries before events, followers and actual real life. Which is why when the walls between the two worlds fall, the effect can be a sobering one, reminding us the people we write about are just that, people. Yesterday, Medine decided to go public with her fertility struggles, letting her readers know that she’s been having an emotionally stressful time of it this past year. Medine published a post on her website yesterday titled ?A Pregnant Pause?.

?A funny thing: you’spend the better half of young adulthood taking precaution against insemination?? electively allowing foreign rubber into your most private orifice, consuming synthetic hormones to double up on that motivated measure or?praying when you don’t?? making deals with some deity about the outcome of your plan B. About a quarter of that time is spent celebrating the arrival of’symptoms?(fire-coming-out-of-your-ears frustration, chin pimples, tight pants) that confirm you’ve done it. You’ve succeeded to live another month without getting pregnant.

?And then, one day, you decide you’re done with contraceptives. So you start ?trying,? as they say. And you don’t quite understand what they mean by ?trying? (high school?effectively taught?us that you can practically?get pregnant from a member of the opposite sex so much as glaring at you, so be safe), but you do it anyway.

?And then a year passes.? 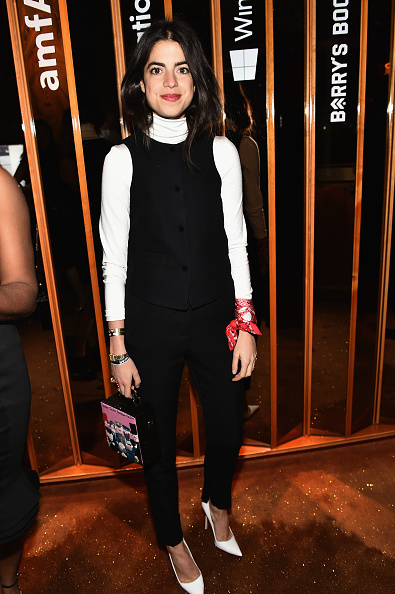 Medine married financier Abie Cohen in September 2013 and says that the couple have been ?trying? for a child for 17 months. It’s a searing personal piece, tackling how sex can becoming a constant reminder of your propensity to ?fail? to get pregnant. She also opened up about life after marriage. The initial realisation you’re still getting to know the person. The sweet joy that this person you’ve chosen is great.

?And then everything begins to fall into place and life seems better than it ever did?and you realize that you were clutching?the past – holding on to what you knew out of fear of swinging forward into the unfamiliar cleavage of the future.?

And then Medine goes on to explore the ‘shame? of not being able to conceive. Which is why she has decided to share her heartbreak.

?And this shame is tricky, you know, because often it clouds vision and distorts goals and removes us from that backroad that we’ve discovered as a shortcut down Route?Happiness.

?What they also don’t tell you is that everyone deals with this. My own conversations?have confirmed as much. And don’t get me wrong,?I get the whole jinxing thing – this is private and sacred and between you and your person, but what?if you want to talk about it? Why can’t you? So far silence hasn’t helped me get any more pregnant, or feel?any less ashamed.

?So I’m trying to beat shame by?talking about it. By answering honestly when I’m asked how I’m doing. The truth is, I’m frustrated. Annoyed that I have to haul ass to a fertility specialist on the Up-up-upper West Side almost every week for hormone-level checks. I feel vaguely useless and sorry that my husband has to have blood drawn so often, and I feel like a huge asshole because every time I hear that someone else is pregnant, my heart kind of tenses up and I start to tear and I feel like?Carrie Bradshaw?in that episode of?Sex and The City?where she delivers a poem at a wedding and starts to cry because she’s upset about her relationship with Big, but writes the tears off as wet drops of joy.?

It’s a powerful piece of writing, and well worth reading in full. Infertility, while being spoken about more openly, is still a topic kept in the shadows of intimate conversation. Considering it can dominate people’s lives, we should be talking about it louder. No to any remote stirrings of shame.

We wish Leandra all the best in the future and hope she has good news to share with her followers soon.