The layers in this are so beautiful to look at, but very simple to create, so if you’re hosting a brunch or want to treat yourself to a delicious pot of something sweet, light and zesty, this is just the thing! The lime in the saffron compote adds the perfect balance and element of surprise to the honey yoghurt, while the coconut chips lend a wonderful mid-layer crunch.

Method
First make the saffron compote. Mix together the lemon or lime juice and cornflour in a small saucepan off the heat. When combined, cook over a medium heat for a couple of minutes, then add the honey and saffron and cook, stirring, on a medium-low heat for 5-7 minutes until it thickens (it should be the consistency of a thin cream, but may thicken later). Leave to cool.

To make the first layer, in a small bowl mix together the chia seeds and coconut milk, then leave for 10 minutes for the chia seeds to expand. Add the yoghurt and mix again.

In another small bowl, mix together the yoghurt and honey for the third layer.

When ready, make the chia pot by layering the pot(s) with the first chia layer, then add the saffron compote, a sprinkling of coconut flakes and the coconut chips to make the second layer.

Top with the third layer of honey yoghurt and lastly add a few tablespoons of the mashed raspberries. To finish, sprinkle over some coconut flakes and serve. 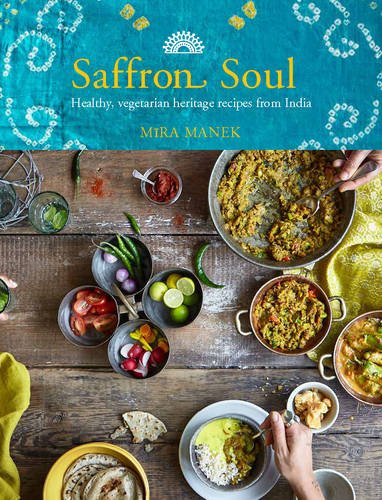 Extracted from Saffron Soul by Mira Manek (Jacqui Small, an imprint of The Quarto Group, approx €24). Photograph by Nassima Rothacker.