Whether she’s describing an Isabel Marant dress or an avocado salad, Ballymaloe chef Rachel Allen is equally passionate and engaged. MARIE KELLY is utterly charmed by the queen of Irish cuisine.

Rachel Allen is as enthusiastic about fashion as she is about food. On more than one occasion during our photo shoot with the 44-year- old mother-of-three, she and I are
politely asked by the photographer to kindly stop gossiping about clothes so that he can take his shots. We reluctantly comply, but not before I’ve raved about Zara online and she’s eulogised Lucy Downes; I’ve introduced her to Finery London, and she’s encouraged me to try Lennon Courtney; while we’ve both agreed that Zadig & Voltaire and Maje are the epitome of bohemian chic. 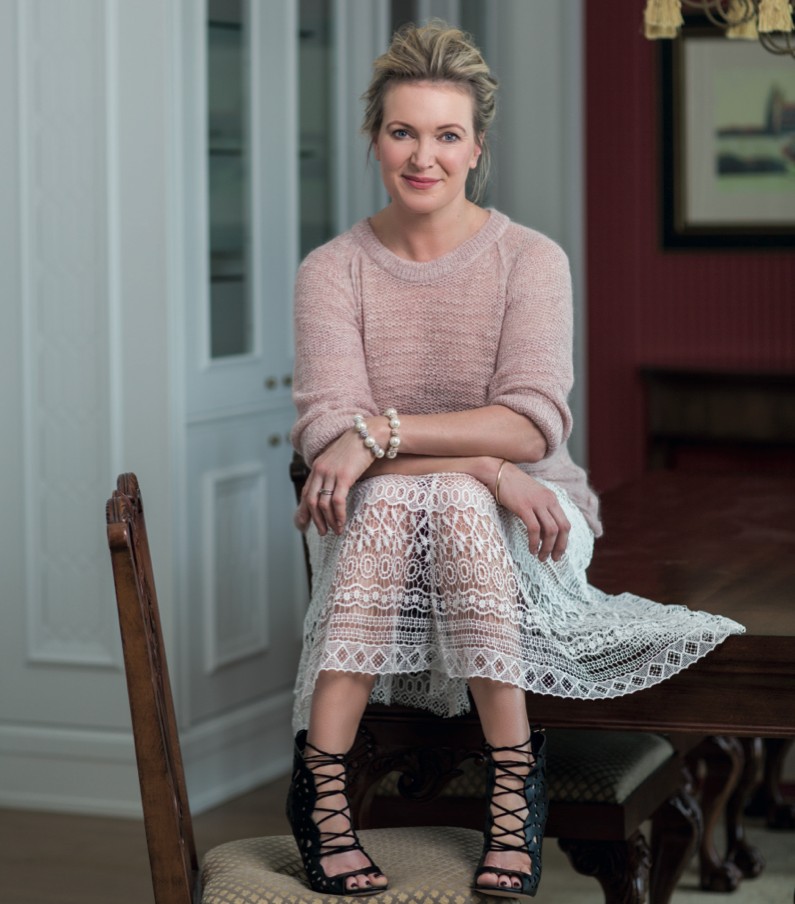 As is Allen herself. She arrives at the Penthouse Suite in Powerscourt Hotel at 10am, having left Cork at 7am that morning (before which she spent time working on her new book, which was due three months ago, she admits sheepishly, and got her seven-year-old daughter Scarlett ready for school – a 5am wake-up call is not unusual in the Allen household). She looks fresh-faced (women half her age would kill for Allen’s flawless complexion), full of energy and comfortably chic in her signature look of skinny jeans and layered tops. Despite having lived in the Cork countryside for the past 25 years, Allen’s Foxrock roots still reveal themselves in her personal style, which is a little bit bohemian but coupled with a strong hit of urban cool. Allen inherently understands how to pull off the kind of casual chic we envy A-listers like Kate Bosworth and Sienna Miller for. I ask her if she employs a stylist, but she dismisses the idea with a good natured laugh. ?No, athough I’m probably a strong candidate for one,? she adds in her customary self-deprecating tone, which never once comes across as insincere or disingenuous.

As it turns out, fashion rather than food is in Allen’s DNA. Her father inherited a shoe manufacturing business, while her Icelandic- born mother owned several boutiques in South County Dublin, and started off by making many of the clothes for the stores herself. Her cousin is the designer Marc O?Neill and her sister Simone worked for Jasper Conran for a period of time in the late 1980s. Allen herself signed up to a course in the Grafton Academy when she was a teenager, but it was a spell at the Ballymaloe Cookery School at the age of 18 that was to capture her imagination and define her future. In the case of nature verses nurture, nurture won out with regards Allen.

Unlike the home economics class she took at Alexandra College in Milltown, which she attended from age three to 17, a three-month course at Ballymaloe sparked a passion for food she simply hadn’t known was there. ?I never expected, then, that food would become such a big part of my life,? explains Allen. ?I didn’t expect to love it as much as I did.? Allen had signed up for the course from the very practical perspective of learning a usefull skill, rather than to explore any deeper hidden calling. But Darina Allen’s very simple statement in her future daughter-in- law’s first class: ?Start off with the best ingredients possible and then don’t do too much to them, and then you’ve got an amazing result? had a profound effect on the young Dubliner. Today, Allen’s starting point with any dish is always, she says, the best ingredients. She attributes her incredible skin (my description, not hers) to the quality of the food she eats, along with drinking plenty of water and getting seven to eight hours? sleep a night. Allen’s beauty routine is as unpretentious and accessible as she is. 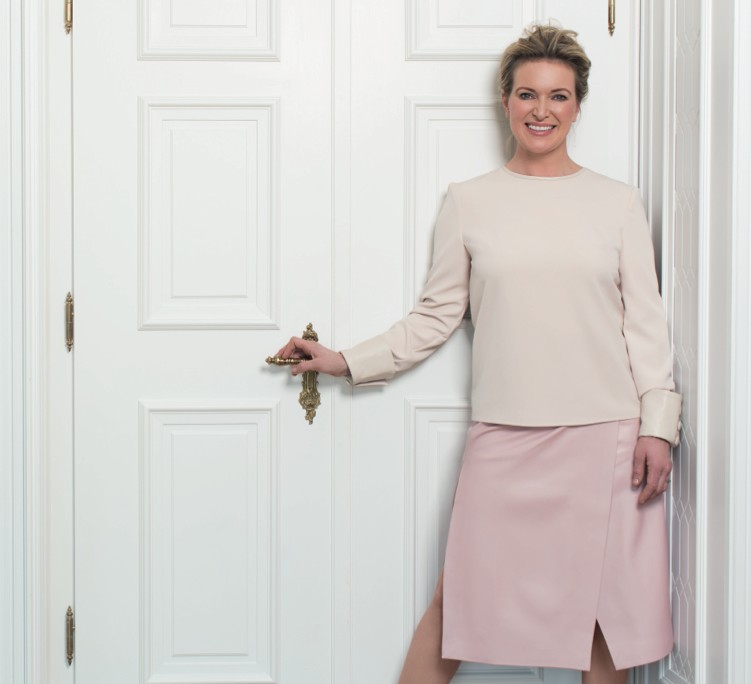 But that is one of the many likeable things about Rachel Allen. She is always unassuming, and never more so than in her approach to both fashion and food. She describes her look as ‘slightly thrown together? and says she doesn’t think she ever looks ?polished?. Similarly, Allen’s food is unfussy – it’s not Michelin-style edible art, but the kind of family-orientated food that most of us like to cook and eat. She’s currently working on her latest book, a compendium of recipes inherited from mothers, which she hopes will be out in the autumn – if she can stop procrastinating and finish it, she tells me. ?I get the most cleaning done at home when I’m writing a book,? she laughs. ?I’m spending every waking moment thinking about the book right now, but instead of writing it, I’m cleaning out under the stairs or one of the children’s wardrobes!?

It’s impossible not to like Allen. Despite her good looks (in the flesh, Allen is the personification of a natural beauty) and her extraordinary life (her next project looks likely to be a food tour around Sri Lanka for BBC World), there’s an ordinariness to the adopted Corkonian that’s incredibly endearing. How refreshing that Rachel Allen’s storage cupboards get messy too, and that she cleans them out herself. The cook and broadcaster is nothing if not hands-on, be it at her home, in her garden, or with her children (while we’re shooting, Allen apologetically takes a call from her 14-year-old son Lucca’s school in Waterford, where she’ll be stopping off to collect him on her way home, then she quickly confirms arrangements for daughter Scarlett after school). Her friends include those she went to school with at Alexandra College (she plans to attend a reunion of teachers and pupils in the coming weeks) and neighbours in East Cork – she and two local friends run on the beach by her home most mornings.

Allen’s positive energy is a pleasure to be around; she adores everything she wears for the shoot, she tells me. And her manners are gracious and kind; she remembers the name of each crew member on the day of our shoot (which is more than can be said for me) and chats easily to everyone, from the intern to the make-up artist. If at times there’s an ?ordinariness? about Allen, then just as often you see the exceptional too. Her energy, positivity and talent, of course. But most of all, she exits a room leaving everyone there feeling that little bit better for having met her. Plus, she makes a mean tiramisu.

PHOTOGRAPHED BY PATRICK BOLGER.?This article originally appeared in the May issue of IMAGE, on shelves now.