5 Reasons Louisa May Alcott Is Still A Badass In 2016

Famed author?Louisa May Alcott’s 184th birthday is being celebrated today. We know this because Google has chosen to mark the day with one of their famed ‘doodles’ and because she wrote one of the most beloved books of all time, Little Women. But did you know that she’s so much more than “the author who wrote Little Women“? Did you know that she was an empowering feminist, an abolitionist, and a suffragette? Yes, even in 2016, the fact remains that she was – and still is – a total badass. Here are five reasons why:

She is underrated as a feminist icon:

In 1847, she and her family served as stationmasters on the Underground Railroad, where they aided the safe escape of fugitive slaves from the South (which was illegal at the time) and in some cases, offering safe refuge to them while they awaited transport. As well as this, Alcott read and admired the “Declaration of Sentiments”, advocating for women’s suffrage – she was a proclaimed suffragette – and became the first woman to register to vote in Concord, Massachusetts in a school board election. For a time, she was also the sole earner for her family; they went into massive debt, and she took multiple jobs to provide for them.

She used a male?pseudonym to publish passionate, thought-provoking literature:?

Alcott knew that there was little hope of her evocative work getting published as a woman, so to continue writing what was deemed sensational literature and pulp fiction, she used a male pseudonym. When asked if she would be interested in writing a book for girls, she initially’refused as she didn’t find the typical ‘books for girls’ interesting but gave in and used elements of her life to form the basis of Little Women.

She sought company out of her expected friendships with?those of the same sex; she grew up and formed friendships amongst great literary company, her father was a writer and she knew Nathaniel Hawthrone (author of The Scarlett Letter), Emerson and Thoreau and others. ?Another example of her going against the grain when she would have been surrounded by various forms of oppression.

Her most famous work was years ahead of its time:

Alcott began writing what would go on to become her most successful novel in May 1868 (and it only took her ten weeks to do so) and with this, one of the most empowering literary figures of all time, Jo March. Consider the period in which she was writing it. It was the 1860s: US Civil War was ongoing, African Americans were still slaves, Ireland was going through a famine, yet here she was writing about a headstrong, talented woman who refused to conform; who wouldn’t do what was simply “expected of her” (marry Laurie) and remained focused on her career. Alcott was a staunch feminist; she originally wanted Jo to remain unmarried altogether. ?While she was writing the second half of the novel (it was originally published in two parts), fans apparently wanted marriage between the pair. But in her journal, she said,”Girls write to ask who the little women marry as if that was the only aim and end of a woman’s life. I?won’t?marry Jo to please anyone.” And though by the end of the novel she did eventually marry Professor Bhaer, their union would have been considered unorthodox; she met him while living “in digs” with him, he was not of her class and she accepted his proposal without her family even?having met him, plus they married only when Jo decided she wanted it to happen.?All of this would have been unheard of for a woman of the day, yet Alcott’s foresight meant she didn’t write about females in a one-dimensional?way. Hence why the novel and its central characters remain relevant. She also found success later in life; she was 35 when the book was published, which would have been considered “old.” 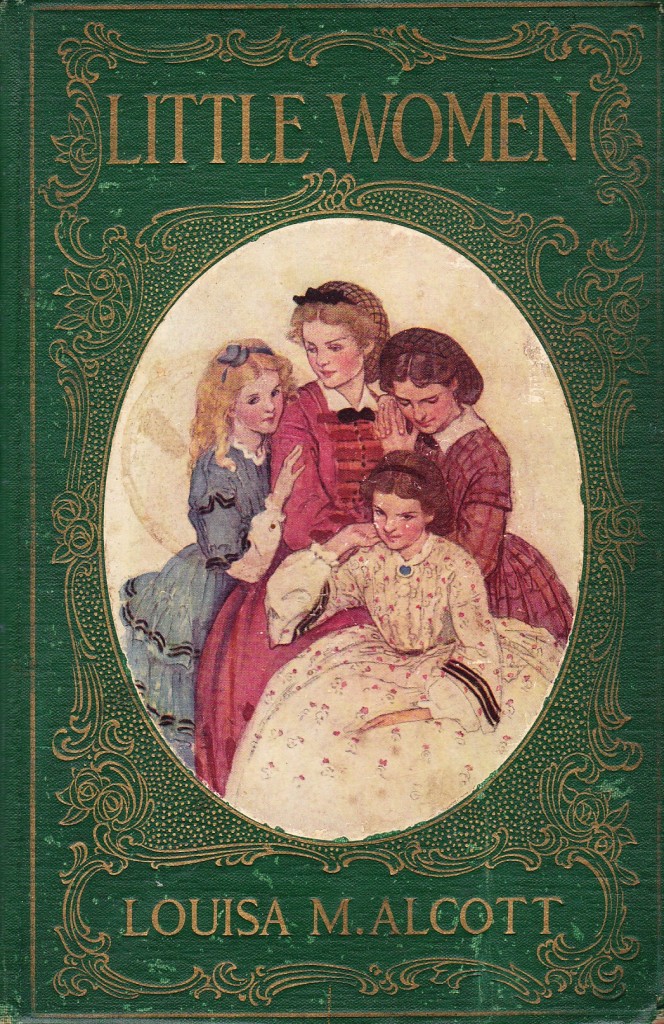 She never married and was totally cool about it:

Like her semi-autobiographical character Jo, she’refused to get married due to social pressures and longed to do “daring things.” In fact, she chose to remain unmarried; such were her feminist beliefs, and this suited her just fine. Her views on her “spinsterhood” were as follows: “I am more than half-persuaded that I am a man’s soul put by some freak of nature into a woman’s body … because I have fallen in love with so many pretty girls and never once the least bit with any man.”

We need more of?Louisa May Alcott in our lives, TBH.