We’re there in our minds already: the July heat, the plastic beer glasses, the afternoons lolling in some grassy patch as you await the arrival of your favourite musical act on stage, the tastiest hot dogs to ever cross your lips… Yep, festival season is just around the corner (well, it’s a long enough corner from where we currently stand in miserable January) but we’ll get there. Just now, the first few key names have been announced for Longitude 2016 and to say we’re excited would be quite the understatement. Here’s a taster of what you can expect. Friday’s big headliner is Kendrick Lamar, while Major Lazer and The National take to the main stage on Saturday and Sunday night respectively. 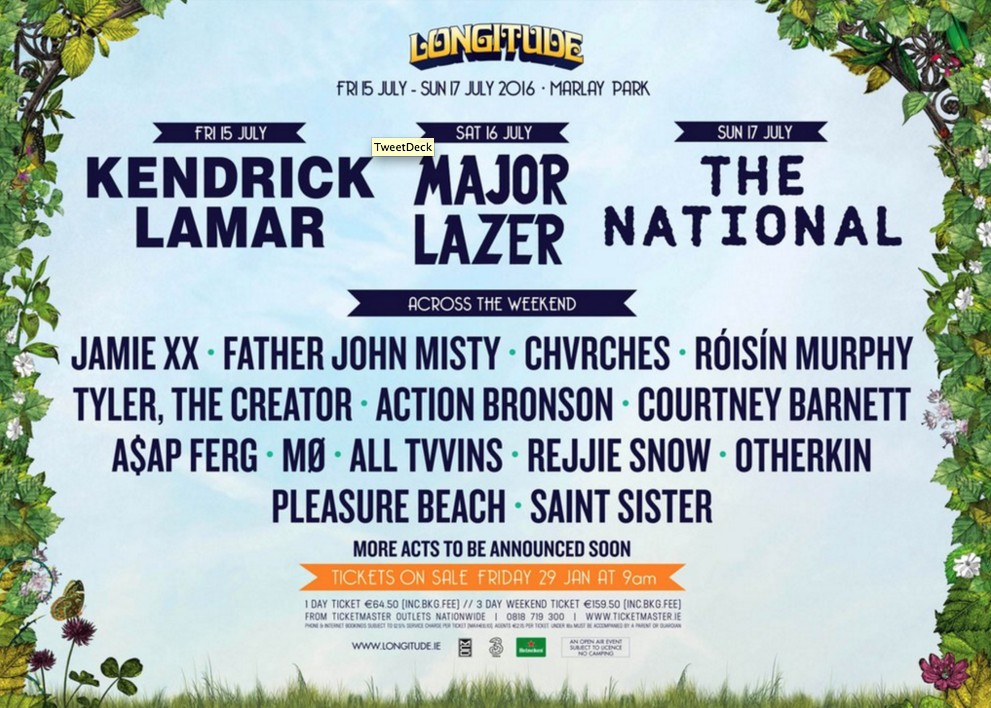