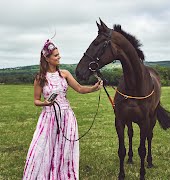 For festival-goers and concert-lovers, ticket touting destroys the soul as few things can. Tickets are overpriced anyhow when it comes to the stars and events attracting major crowds but ticket touting sees already expensive tickets or packages quadruple in price for extortionate amounts of money.

Few can afford to part with sums in triple digits (and above) for a single event, and after years of protest from the public, this it will soon become against the law sell above the asking price.

A long-awaited ban on the sale of tickets above face value for music and various sporting events moved a step closer with the introduction in the Dáil of legislation to deal with touts.

“It should never be the case that tickets for rock concerts and sporting events go to ‘those with the deepest pockets.'”

These were the words said by Minister for Enterprise Heather Humphreys as she spoke during a Dáil debate on a bill to outlaw ticket touting as she explained that up to 50 events a year are affected by this – including weekend’s Ireland v England rugby international.

Tickets are currently listed online with a price of over €1,500.

Introducing the Prohibition of Above-Cost Ticket Touting Bill, she added that the Bill would “ban the sale of tickets above their face value at venues with a capacity for 1,000 people or more.”

She said she would also introduce an amendment to prohibit the use of “Bots”, software technology that allows instant purchase online of multiples tickets, which should hopefully ensure that unauthorised ticket sales don’t occur for the Euro2020, taking place in Dublin and other European cities.

This “effectively bans the sale of above cost tickets – that’s it,” said Fine Gael TD Noel Rock, one of the sponsors of the Bill.

The legislation was introduced two years ago but has made slow progress to date.