In need of a Fleabag fix since it left our screens? Well, you are in luck.

Fleabag came and went too soon. Just as we began to really fall in love with the characters and their nuances, they were taken from us. The hit comedy, written by and starring Phoebe Waller-Bridge, was a hit and gave us the Hot Priest we didn’t know we needed.

What started as a one-woman show became a TV hit and garnered widespread acclaim. Just recently it was nominated for eleven Emmys including Outstanding Comedy Series and Outstanding Lead Actress in a Comedy for Waller-Bridge.

Following its success, Fleabag returned to its roots and is currently playing on the West End at Wyndham’s Theatre as the original one-woman show. For those who could not make it to this run, you can rejoice because National Theatre Live will be broadcasting a live performance of the show in cinemas across Ireland on September 12. This will take place two days before the last show which will be the final performance of the monologue.

The performance will kick off at 7.30pm in Omniplex cinemas in Arklow, Carlow, Cork, Dublin, Dundalk, Tralee, Sligo and Wexford. It will also be showing in Bangor, Craigavon and Belfast. 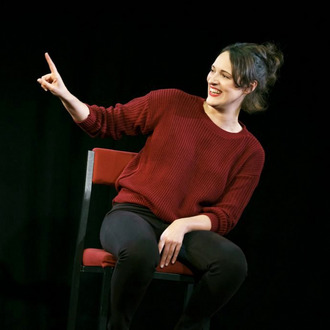 Speaking at an Amazon event ahead of the Emmy Awards, the writer and actress was asked about the possibility of reprising the comedy for a third series. She shut the idea down but did say “I have a fantasy of bringing Fleabag back when I’m 50.”

All episodes of Fleabag are available on BBC iPlayer and Amazon Prime.

“I have a fantasy of bringing Fleabag back when I’m 50” says #phoebewallerbridge (straight after ruling out season 3)#fleabag #amazon #emmys #hotpriest pic.twitter.com/Tda4rXrzOa

You can book your tickets for the live cinema showing here.

Read more: ‘When you find somebody that you love, it feels like hope’: That gut-wrenching Fleabag finale explained

Read more: Everything you need to know about your must-see rom com of the summer

The movies and TV to tune into this week: December 13