What It’s Like To Live Every Day In Constant Pain 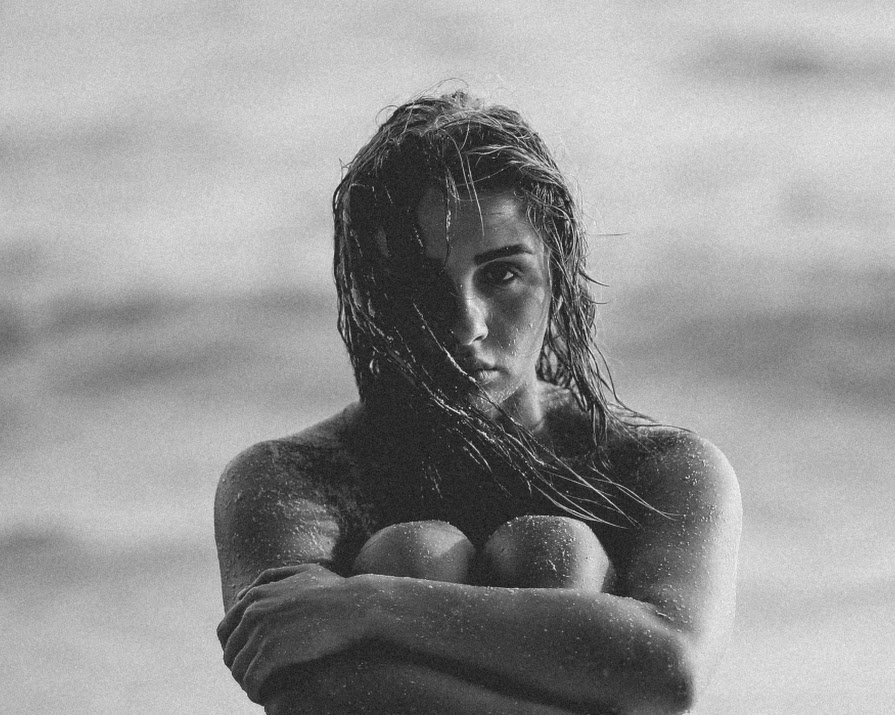 When Lisa Ryan was five months pregnant, she was hit by a car. While thankfully her baby was fine, the incident opened up a world of pain with no let up, she tells Sophie White how she lives with the emotional and physical fallout of that day

“After the accident, I got a lot more scans than I’d had previously which was good – it was very reassuring, because I was very paranoid about damage to the baby but luckily he was perfectly fine.”

Award-winning blogger, writer and working mother-of-one, Lisa Ryan is talking about the aftermath of the car accident that threw her life out of orbit at just 21.

“The initial worries were for my neck, they thought my neck was broken. I couldn’t turn my head for weeks… but as the months went on the pain started to be more and more focused in my lower back. Because I was pregnant they couldn’t give me proper painkillers, I wound up going to the hospital in an ambulance, given gas and air and then being given paracetamol and told to go home because that was all I could take.”

The treatment available to Ryan was enormously limited by her pregnancy, even though she was being treated by a physiotherapist, she was unable to lie on her stomach and therefore access to the injured area was hampered. A diagnosis of pre-eclampsia in late pregnancy further complicated matters with Ryan needing to be induced at 37 weeks, the labour dragged on for 35 hours before the young mum underwent an emergency c-section.

Thankfully her baby, Elliot was healthy and now her care team could focus on Ryan’s pain issues more directly, unfortunately it would be another three years before Ryan felt she had any satisfactory name to put to her illness and even then prognosis would be complex, Faset Joint Syndrome which Ryan laughs “sounds a bit makey uppy.”

“It’s a wear and tear injury that affects the joints that enable our backs to bend and twist… I was told that (without the accident) this was something that might of eventually happened to me in much later life. It usually affects much older people, over the age of 60 but I was 22.”

When Elliot was six months old, Ryan was able to start day patient procedures, which would involve big injections of cortisone into the joints and another procedure that effectively burned the nerves. Ryan had been forced to leave work from the day of the accident until after her maternity leave was complete at which point she returned for a few months before her pain and injury forced her back on leave. At the time, sitting for periods longer than a few minutes caused her excruciating pain which was not conducive to her work in a call centre. Even standing still was out of the question and the young mum relied on walking regularly for long periods to alleviate her discomfort. She was then out of work for a further 16 months, a huge source of frustration to Ryan.

“That was worse than being out while I was pregnant because I knew back then I needed to rest and I was growing a human… but when I was out of work just for my back the problem was… even though I wasn’t in work I had to keep my child in creche because with the medication I was on I couldn’t guarantee I’d be awake all day.”

Ryan speaks about her experience with admirable pragmatism and much humour but her stoicism belies what must’ve been a shattering disappointment to a previously healthy young woman embarking on motherhood.

“Pacing is a big thing for people with chronic pain, you have to learn what you are able for and make sure you don’t over do it.”

“A toddler doesn’t understand it though…Obviously I was told to go home and rest and not lift anything, but then you’ve got a child going: ‘I don’t care, I’m getting lifted!’ There’s also then the guilt factor. That kicks in, you’re going everybody else is able to do this or that with their child and that caused me to fall into quite the pit of postnatal depression, which again has been another layer of guilt. It’s not been the easiest thing to parent alongside, I’ll put it that way.”

Ryan had suffered a bout of depression after being bereaved in her late teens, which she had dealt with without medication. Her midwife and doctor had warned that there may be an increased risk of postnatal depression after having a previous episode but Ryan was adamant that wouldn’t be her.

“I was crying every time the child cried, I was having fights with my partner because he got to go out to work. I was like ‘no, no, no, it’s fine, it’s just the baby blues that’s all it is.’ Then the public health nurse said ‘it’s been four and a half months, it is not the baby blues’. I went to the GP, sat in her office crying for an hour, she wrote a prescription and sent me to a psychologist and it’s been kind of a constant thing ever since. It has gotten a lot better and I think more of it is down to the chronic pain side of things rather than the postnatal – there’s kind of a blur as to where one ends and one begins.”

“I have to get on with it, I get very angry about the circumstances and how it’s not fair but then that’s not doing anything bar stressing me out, which is tensing me up, which is causing me pain. It’s a vicious circle. At some point you just get like ‘f*ck it!’

As is the case with many invisible illnesses, not being believed further exacerbated the isolation and anger. “I was told you’re making it up, it’s the mental illness. And I’d think ‘god, if I was making it up at least I’d be able to get away from it at home.’ I wish,” she laughs ruefully.

Last summer, Ryan began experiencing pins and needles in her arms and legs and this prompted one of Ryan’s most positive experiences in terms of her diagnosis.

“My GP was great, she referred me to what I call fancy A&E. It’s an acute clinic in Cork Hospital University. It was amazing. I got scans, MRIs, I was seen by neurologists. I underwent a nerve conductive study – basically getting electrocuted to check if your nerves are reacting to it! They found no neurological symptoms which was brilliant. They were saying it was a disk issue but it was the first time in the four years that a doctor was saying ‘yes, you have a problem. Let’s figure out what it is’. It was proper Greys Anatomy treatment – you’ve got a mystery problem, let’s solve it!”

“I have made my peace with this, that I’m going to have this for the rest of my life. What I’ve got it my back is degenerative, it’s something that will get worse as I get older and I’m fine with that – not every day but for the most part. I will do the procedure and the acupuncture and the voodoo magic to get me through the day. A doctor told me I was too young to have such a negative attitude but I’m being a realist. I’m a specialist on my condition.”

Now Ryan is back in work full time by switching between a standing desk and a sitting desk. She manages her pain with lower doses of the various pain killers she’s been on, ‘if you read a newspaper article about it, I’ve probably been on it!’ Ryan laughs. The balancing act of side affects and painkillers that will be compatible with anti-depressants has been tricky to achieve. Also Ryan’s social live has been hugely curbed and some friendships have been impacted.

“Writing has worked as a kind of therapy, it helps me sort through it. I might not publish much but it helps to get the thoughts out. And I do go back to counseling every couple of months to make sure that I haven’t gone fully mad!”

“I’m very lucky I have very supportive parents. My partner has dealt with it all from day one. Obviously there has been rows and I think if there hadn’t been, he’d be on the list for sainthood because if I’m sick of it, he’s definitely sick of it! But I do have a really good support structure though being dependent on my partner for everything really sent me spiraling because from the age of 16, I’ve been working and had my own money. Looking at some of my friends who are stay at home mothers, I thought ‘I can’t even do that’, my child is in a creche because I’m not able to pick him up all day. It’s all feeds into one of these vicious circles of chronic pain and depression.”

“I don’t really have a mantra and I am not religious at all but there’s a non-religious version of The Serenity Prayer that kind of goes ‘grant me the strength to get through this without killing anybody!’ There isn’t really anything inspirational (for coping) that I’m able to share, it’s just reminding myself that this is going to pass. The bad pain days are there but then there are lesser pain days. On the dark days when I can’t move and I don’t want anyone near me and the toddler’s screaming… it’s a case of big girl boots on, foundation on and trudging on through it. It makes it sound a lot more grim but it is just a case of battling on through to the better days. And reminding myself that they do exist.”

Photo by Shifaaz shamoon on Unsplash