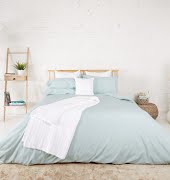 Bill Cunningham tells us, “Fashion is the armour to survive the reality of everyday life. I don’t think you could do away with it. It would be like doing away with civilisation.”

I’m not taking fashion to mean the zeitgeist, the right here, right now, but personal style, that subjective art form that has become as influential as the London|Paris|Milan catwalks through street style blogs and books. Personal style is an iteration of something that was, at one point, ‘fashion’. Just remember when Miranda Priestley gave Anne Hathaway that dressing down over how her cable-knit wasn’t as ‘anti-fashion’ as she thought during?The Devil Wears Prada.

It’s the anti-fashion quirks that grab the eye. Isaac Mizrahi speaks about the tiny details – often accidental, or ‘mistakes’ that create inspirations for entire collections. The notion of a mere detail capturing attention is echoed by Scott Schuman, who has become infamous by virtue of his street style blog The Sartorialist. Cowboys, with leather strap bound boots – not a style statement, but for practicality – are elevated to style inspiration through the mere snap of a lens. Schuman says that even if he isn’t absolutely convinced by someone’s outfit,?that one endearing detail is all it takes to make getting that photo irresistible.

Often, saying no to the fashion machine is what makes personal style so incredibly important. Alexa Chung built an entire career after saying no to deep V necklines, and going for infantile Peter Pan collars and granny knits at a time when this was more anti-establishment than voting for Sinn Fein, while Carine Roitfeld’s words should be taken liberally – “I try to take risks.” I mean, we’d all agree that as much as Courtney Love looks like a baglady, she’s utterly bewitching in her carelessness, right?

This subtle subversiveness is a weapon. Your felt cap might be mocked by schoolgirls in their identikit brothel creepers (which they were laughing at themselves, a couple of years ago), but it is equally likely to get you a round of applause at your local caf?, or even, if you’ve remembered to tweeze your brows, a date. Which is ?why I, Kate Coleman, am telling you to buy whatever makes you feel like a tornado of fabulous ripping down the street. For me, it’s two piece power suits and questionable hats, for you it might be eye-blindingly bright hi-tops, unassuming flats, bright scarves or spindly heels. I don’t know what turbans you on (fun pun!), but I do know that feeling amazing, or even simply confident, in what your wearing makes you a feisty force to be reckoned with.