Yesterday saw the unveiling of the BAFTA?Rising Star nominations, an award that highlights nascent actors and actresses who are setting cinema alight, as well as the deserved introduction of starlets such as Lea Seydoux and Lupita Nyong?o to wider audiences. (We published a little love-in to Lupita yesterday.)

And today we’ve been gifted with the full list of nominations for the BAFTAs, serving as a forerunner to the endless Oscar ceremony and also a reminder for what an incredible twelve months it has been for women on screen. From Cate Blanchett’s incredible portrayal of fragility in Blue Jasmine to Judy Dench’s heartbreaking and heartwarming Philomena, we’re pretty much torn between whom to hedge our bets with when it comes to Best Actress. Unsurprisingly the list of nominees is dominated by American Hustle. Amy Adams has both nailed sultry seventies and a Best Actress nod with her co-star Jennifer Lawrence nabbing another bid for Best Supporting actress. Also rounding up the Best Actress nods are the wonderful Emma Thompson for the tear-jerk instant classic Saving Mr. Banks and Sandra Bullock in Gravity, the woman who is responsible for ruining all the manicures with her gripping performance of a woman running out of oxygen in space. 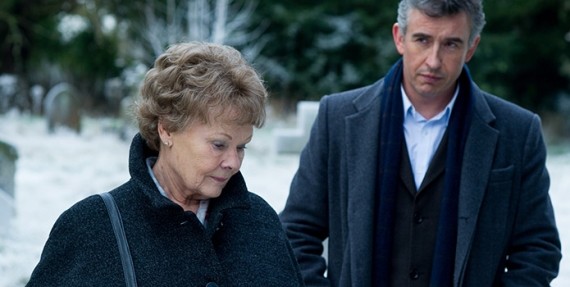 And for the patriotic among us we’d like to raise our glasses to Michael Fassbender who earned a Supporting Actor nomination for his role in one of 2014’s must sees 12 Years A Slave.