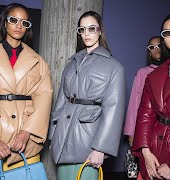 Lauren Conrad Is Totally Okay With Being Called Basic

Last year, the female insult to quash them all was ?basic?. It was mean and, in our opinion, fairly anti-women. The word basic meant you weren’t cool. That leather tote you really liked and spent a significant proportion of your well-deserved pay cheque on? Basic. Meeting your pals for pancakes and colourful alcohol? Basic. Instagramming inspirational quotes that gave you some semblance of solace? Basic.

Writing for us last year, Roisin Kiberd nailed this strand of cool girl nastiness when she said, ?To discount people as boring based on their online behaviors is myopic, narrow-minded, unfeminist and, for want of a better word, bitchy.?

Well, the word is being reclaimed. And by its ultimate queen/bitch. Former reality television star and now lifestyle guru slash fashion designer Lauren Conrad is flying her basic flag with pride in US Cosmopolitan’s October edition. Last year Allure magazine famously declared her basic, but Lauren is not letting such a perceived diss dampen her day. She told Cosmo, “I probably am pretty basic. But I’m also a pretty happy person, so that’s OK?with me.” Now, that’s the sort of attitude we like to see. As Anne Hathaway’s bodyguard and chauffeur in the Princess Diaries said: “Nobody can make you feel inferior without your consent.”

We have to say there is something admirable about Conrad’s attitude towards people trying to bring her down. Perhaps this confident spirit is something she honed during her years in the unrelenting spotlight of nighties reality tv. Lauren was one of the main ?protagonists? in The Hills which saw elements of her private life stretched into plotlines for media consumption, most notably her falling out with her former best friend Heidi Montag. About such a high-profile sundering, Conrad tells the magazine, ?You just have to focus on the good people in your life. Focusing on what you lose is only going to make you sad.? Which is pretty good advice for anyone going through emotional turbulence.

When the series ended, Conrad decided not to continue a career in scripted television, instead focusing on her passion for lifestyle and fashion. She said of her entertainment career that ?television was just sort of an accident? and something she never really felt ‘strongly about?. Her website is a resource for the everyday girl looking for tips on interiors, health, and style, and has seen Lauren work on well-received designer collaborations with Kohl’s.