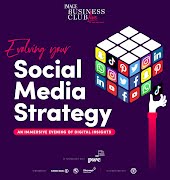 Since 2006, Pret-A-Portea‘remains the original fashionista afternoon tea in London taking inspiration from key fashion styles from the world’s leading designers. To celebrate its 10 year anniversary, Pret-A-Portea will be served by The Berkeley’s Head Pastry Chef, Mourad Khiat at The Merrion for one week only from Saturday, 28th January to Sunday, 5th February.

To mark the arrival of Pret-A-Portea to The Merrion’s Drawing Rooms, Mourad and his team have created two additional couture cakes inspired by Irish fashion designers, Louise Kennedy and Orla Kiely. They will join legendary names Manolo Blahnik, Jimmy Choo, Dolce & Gabbana, Jason Wu and Simone Rocha who are already on the cake stand.