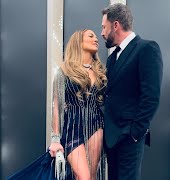 Top tips: How to write a business award entry that stands out

Even those who seem to be the most confident and self-assured with the most ideal life imaginable can be struck down with a crippling onset of anxiety. Reality star Kylie Jenner is the latest to speak out about how her anxiety sufferings have debilitated her confidence in many ways and took to Instagram to post some powerful words on the subject.

In an emotive post, Jenner was sharing details of the inspirational story of Lizzie Velasquez, who suffers from a rare congenital disease resulting in her being unable to accumulate any body fat, before she shared her own experiences of being bullied. “People are so quick to say horrible things about me every day over and over, and sometimes I can’t take it. Even I at times get affected by it, I breakdown, I hide, I cry,” she said in the post.

Jenner said it was this bullying that led to her anxiety attacks, and feeling like she “lost part of herself” as a result. “It’s [the bullying] resulted in a lot of anxiety for me that I’ve never had to deal with before ever. My every move has been documented for the whole world and it’s been a nightmare trying to find myself through all of this. And I’ve absolutely lost a part of myself.”

#Day4 – I’m getting a little more personal… When Lizzie Velasquez (@LittleLizzieV) was 17 years old, someone posted a video of her on YouTube calling her the world’s ugliest woman. ?By the time I saw the video, it had 4 million views.? Now 26 years old, Lizzie’s condition was diagnosed last summer. Lizzie suffers from a rare congenital disease that less than 10 people in the world are known to have. The disease impedes her from accumulating body fat; she literally has zero percent body fat and has never weighed more than 64 pounds, however though it is not terminal. Throughout her entire life, this condition has resulted in a lot of #bullying. It is so unacceptable to treat people like this. People are so quick to say horrible things about me everyday over and over and sometimes I can’t take it. Even I at times get affected by it, I breakdown, I hide, I cry. It’s resulted in a lot of anxiety for me that I’ve never had to deal with before ever. My every move has been documented for the whole world and its been a nightmare trying to find myself through all of this. And I’ve absolutely lost apart of myself. Lizzie, you are so strong and I admire you so so much. Lizzie has taken that negative energy and has turned it around by traveling around the world doing motivational speeches. When I asked her what the key messages were of her speeches, she told me that ?Most importantly I try to convey that all you need to have is a brave heart to accomplish whatever you want to achieve. Let the negative build you up instead of knocking you down. You are enough no matter what; you were put on this earth for a reason? Soon you’ll be able to see her story on the big screen in the documentary film @ABraveHeartFilm in theaters on September 25th. Check out Lizzie’s Instagram @LittleLizzieV – she’s taking a lifetime full of bullying to help teach the world #IAmMoreThan the names they call me. #ImWithLizzie and Lizzie taught me #IAmMoreThan who I think I am. For me, this is expected it comes with the territory. But Lizzie, you should of not had to go through that. Let’s change this together. I love you Lizzie! I’ll see you soon.

She finished the post with some admirable words to Velasquez, who she obviously empathises with. Jenner’s decision to speak publicly about this follows similar outpourings from Lena Durham, Emma Stone, Bressie and Amanda Seyfried, who together are all raising more awareness on the issue. Though many will no doubt criticise and label the 18-year-old as “attention seeking” or whatever else, it takes guts to speak out about an issue that can have such a dramatic and lasting effect on a person’s health, both mentally and physically. Quite a few are quick to forget that Jenner has spent her most turbulent teenage years in front of a camera, and while this was a choice she made, few could have predicted the levels of fame the Kardashian/Jenner clan would reach. Having ones every move constantly critiqued by the masses has to be difficult for anyone to deal with, even if they knowingly put themselves into that situation. Lest we forget, that amid the controversy of Jenner’s infamous lip filler incident was the reality of a 17-year-old girl feeling so self-conscious about her looks that she resorted to cosmetic surgery to drastically change her appearance (she looks completely different in comparison to a few years back).

Regardless, she has done a brave thing by speaking out, and should be commended for that.