The Kardashians are under fire for glorifying anorexia, it’s time to unfollow

In a world that’s striving for body positivity and less body shaming, you have the Kardashians. Kim Kardashian is once again under media scrutiny for comments that she and her sisters made in a Snapchat video posted yesterday. In the video, Kendall Jenner tells Kim: “I’m really concerned, I don’t think you’re eating, you look so skinny”. Kim squeals with delight in response and exclaims “Oh my god, thank you”.

Khloe Kardashian tells her older sibling that: “I’ve never seen a skinnier person in my life than you” and that, despite her sister’s famous curves, Kim’s waist and arms are “anorexic”. The eating disorder reference wasn’t intended to cause shock or provoke worry- it was seen as a positive affirmation. Kim replied with gratitude. When did telling someone they look anorexic become a compliment?

Kim Kardashian has made millions from how she looks. With hundreds of millions of followers collectively, the Jenner / Kardashian clan possess the ultimate modern day power of influence. Kylie Jenner, as a teenager, got lip fillers. Lip fillers are now a common birthday present among young women, and everyone wants a big booty á la Kim.

They continue to market detox teas and weight loss lollipops with blatant disregard for the welfare of fans. New mother Kylie yesterday posted her latest sponsored post, promoting Team Blends 30 Day Detox. The post garnered over 3 million likes and a slew of comments. Kylie made up to one million dollars for the singular post, but what is the cost to the health of her fans? 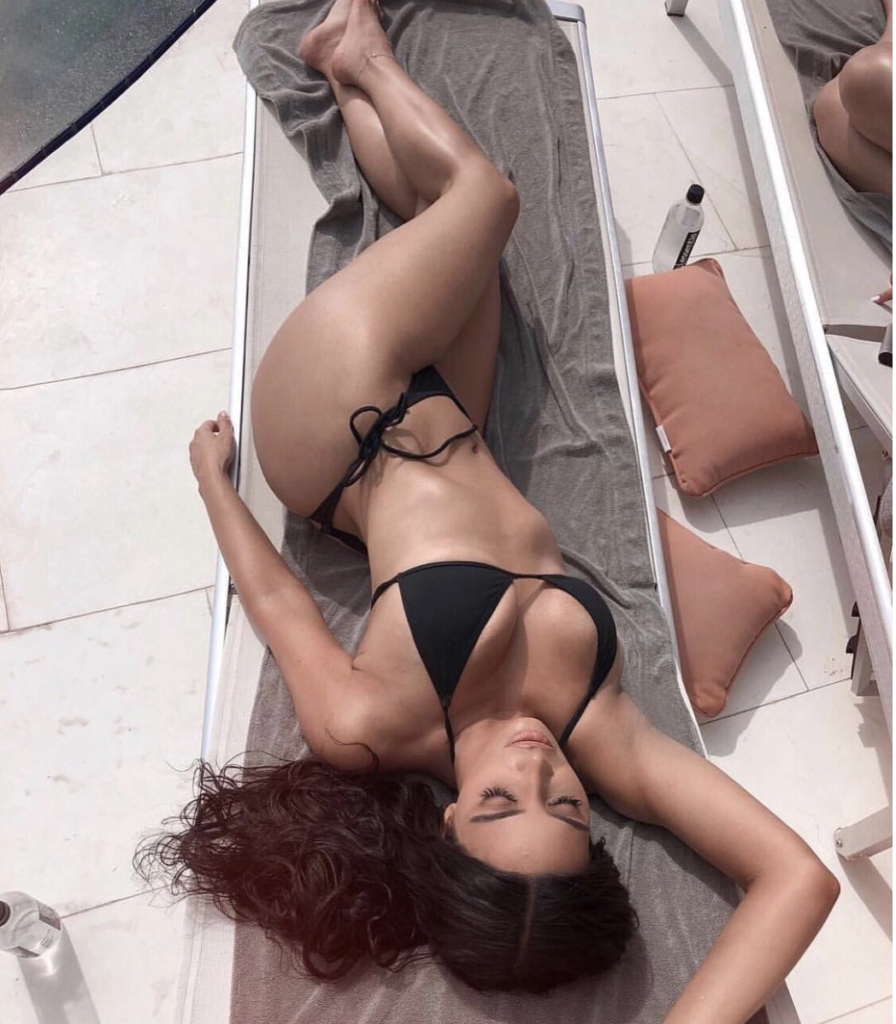 For the millions of women who have suffered from eating disorders, hearing the word ‘anorexia’ used in such a positive light must be devastating. These disorders are not glamorous or complimentary. The women who have fought and continue to fight the afflictions know that no favourable connotations are attached to them.

Women and girls need to know that they are more than what they weigh. They are more than their appearance. They are strong, smart, beautiful and everything in between. Your worth is not defined by the size of your waist, the shape of your face or the whiteness of your teeth. You are you and that is your power. There is not a Kardashian in the world who can take that away from you.

It’s time to unfollow the Kardashian empire and look for some new social media inspiration which empowers and inspires women. The @iWeigh account, created by actress Jameela Jamil, is an Instagram movement that enables women to feel powerful and look beyond the image of the mirror. The page is filled with women of all different shapes and sizes declaring what they weigh. And what they weigh isn’t kilograms- it’s family, friends, music, art, and talent. We need these trailblazers now more than ever, because these are the women we should aspire to.