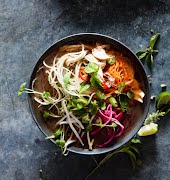 Love her or hate her, Kim Kardashian is a force to be reckoned with on social media. Since joining Twitter six years ago, she has amassed over 30 million followers, which means that no matter what the tweet, it gets some attention.

This weekend, Mrs Kardashian-West has actually gone and done something that could transform the functionality of Twitter. Well, from a grammatical point of view, anyway.

We’ve been saying this was needed for quite some time, but the pregnant reality star has pipped us to the post and asked the Twitter founders for an ?Edit? feature.

The avid social media user announced that she had pitched to the social media site about a feature that would allow users to edit their messages after they had been posted.

?I just emailed Twitter to see if they can add an edit feature so that when u misspell something u don’t have to delete & repost Let’s see…? the 34-year-old tweeted. And after much ado, within thirty minutes the website’s co-founder Jack Dorsey responded directly to the reality star, saying it was a ?great idea.?

?Great idea! We’re always looking at ways to make things faster and easier,? he wrote in response. It just goes to show you the impact Kim has on social media; many have been wanting an edit feature for years (well, we have anyway), and the Twitter crew have never once said anything about the idea. It surely can’t have been the first time they were presented with this.

Anyway, we’ve all been there and felt the rage when we think we’ve posted the best tweet ever, only to glance again and see a grammatical error and have had to delete the tweet. Sure, you could always re-write the tweet, but it just isn’t the same.

Kim would know all about the need for an edit feature herself, after famously spelling After she famously misspelled a designer’s name as ‘Georgio’ Armani – it’s actually spelled Giorgio – prompting someone behind the brand’s Twitter account to politely correct her. Hey, we’re not judging, typos are easy to make and go unnoticed.

@KimKardashian Dear Kim – let us know which one you need and we’ll send it to you. And Mr. Armani’s first name is Giorgio.

Here’s hoping we get the feature in the near future.