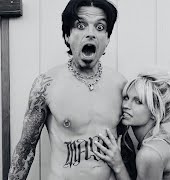 Light was an issue in this old Co Dublin home, but a stylish extension means...

In search of a great children’s film that isn’t one of the usual suspects? Here’s our selection of kids’ movies you’ve never seen that’ll keep both children and parents interested

All children’s films were not born equal. Not every film can have Hugh Grant play a wealthy thespian actor who doubles as a split-personality thief (Paddington 2) or get Idina Menzel’s pipes in to sing about becoming who you truly are (‘Let It Go’, Frozen).

So what to watch now? You simply cannot listen to Peppa Pig snorting to start every sentence, or Dora the Explorer’s Spanglish. If you’re in need of some peace (and we don’t advocate for full-time screens but sometimes, peace is paramount) and wouldn’t mind watching a film that is both good and kid-friendly, right this way…

A beautiful depiction of the 1943 children’s book of the same name, written by Antoine de Saint-Exupéry. In the film version, a young girl destined for a meticulously planned life of study thanks to her mother, until a plane crashes in her back garden and an old man tells her of meeting a little prince in the desert. With some great voice actors including Jeff Bridges, Marion Cotillard, Rachel McAdams and Paul Rudd, it’s almost as beautiful as the book, which is also definitely worth a read, child or adult.

The Secret of Kells

Did you know that Irish-based Cartoon Saloon is considered one of the best animated studios in the world? They’re responsible for Song of the Sea and also this story, set in 9th-century Abbey of Kells and featuring a young boy named Brendan who is fascinated by the unfinished Book of Kells. Combining tales of Irish folklore, simple animation and beautiful music, it’s a memorable watch that will stay with you long after the closing credits.

A 1990s animated classic, The Iron Giant is another book adaption (of Ted Hughes’ The Iron Man) and tells the story of a young boy named Hogarth who finds a giant robot in the woods. Unsure where he came from, the two bond until the robot is discovered by a snooping FBI agent with a Cold War mentality. A thrilling and heartwarming adventure, people of all ages will love this film.

Since the beginning of the pandemic, not one, not two, but three childless friends of mine have suggested Peter Rabbit as a movie worth watching. And one of them has a fervent dislike of James Corden, who voices the titular character. A very 21st-century interpretation of Beatrix Potter’s beloved children’s stories, it follows the fallout that occurs after the death of the farmer McGregor and his workaholic great-nephew who inherits. Plenty of laugh-out-loud moments and many jokes reserved just for the adults in the room.

Not so under the radar but Hercules is probably one of the more forgotten Disney movies of that era. The 1997 film has one of the best soundtracks, written by composer Alan Menken who also wrote The Little Mermaid and Beauty & the Beast. Meg is probably the most interesting of any female Disney characters at the time and extra points go to anyone who recreates a TikTok version of the Muses’ ‘Zero to Hero’.

A creeper classic, take your pick of any of Studio Ghibli’s animated films – Howl’s Moving Castle and My Neighbour Totoro are both equally as wonderful. Really capturing the nuance and imagination of a young child’s mind, the young Chihiro appears to accidentally cross into the world of spirits and has to find her way home again.

Another Pixar venture, this film was a hit when it was first released in 2015 but has slipped off the radar since then, probably overshadowed by the Frozen and Toy Story juggernauts which have followed it. The bulk of the story takes place in the mind and memories of eleven-year-old Riley, where Joy, Sadness, Fear, Disgust, and Anger bicker over control. It’s a beautiful and unusual story about growing up and the complexity of human emotions. Amy Poehler, who plays Joy, is marvellous.

Okay, I’m including this one and I know it’s not exactly “under the radar”, but it does warrant an adult watch because of the Pixar theory. If you’re going to watch all the Pixar films with your kids, you may as well do them in order and no, I don’t mean chronologically. There is a theory, that has not been confirmed or denied by Pixar, that all of their films take place within the same universe and there are little Easter Eggs scattered throughout. I don’t want to spoil it all for you but have a read here and see why I’m starting you on this journey with Monster’s Inc. P.S. it’s also a great film.

Read more: The three parenting techniques Kate Middleton swears by (and how they’ll work for you during isolation)