Having kids changes your friendships and that sucks 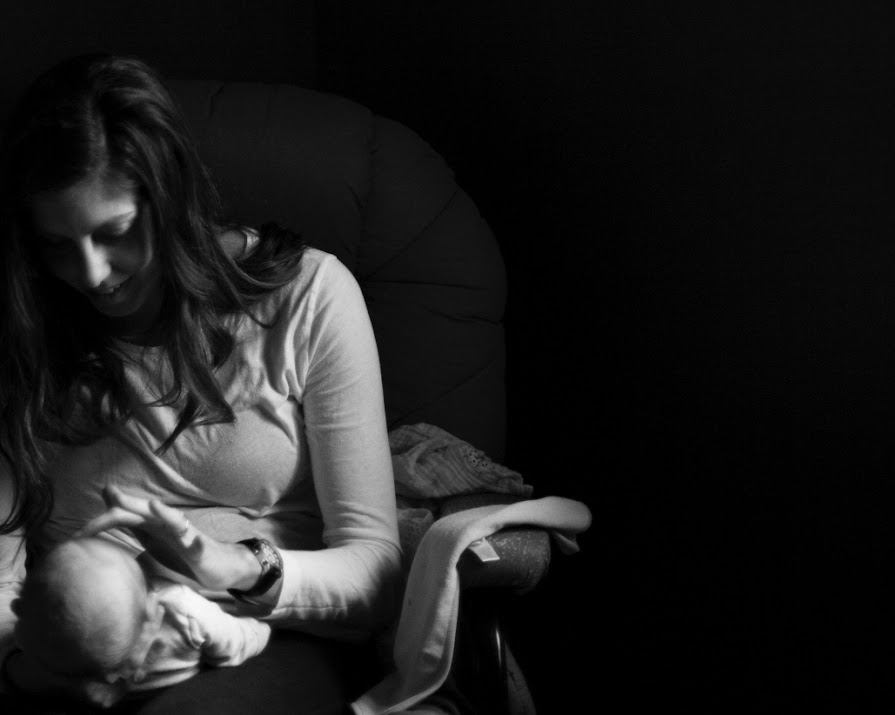 In the wake of the most natural of all disasters: having kids, your friends matter more than ever but some friendship don’t survive the baby-quake says Sophie White.

“Nothing’s going to change,” we cling to this reassuring mantra as our bellies swell and our hearts quake with the magnitude of what’s coming.

“Everything changes,” I announced flatly, some years into this baby-making game. “Literally nothing is the same.”

When I brought my firstborn home from the hospital, I settled in for a bit of my hitherto favourite light entertainment, Law & Order: SVU. The opening act corpse-discovery had barely finished when I had to turn it off. My husband and I were shook. “Is it always this… harrowing?” my voice trembled. “Why is the world such a heinous place?” He blubbed cuddling the baby. Little did I know that that grave loss of a quality series was only the first thing to go.

Related: Is over-parenting making the next generation fragile and too sensitive?

One of the biggest changes wrought by the arrival of babies is rarely covered in the parenting manuals. When I was preparing for the arrival of my first son I was briefed on everything from the first tar-like black nappy he would produce and what was gonna happen with that weird belly button thing; to the deluge of hormones of day three and the horrors of prolonged sleep deprivation. What I was not prepared for, however, was how abandoned by friends I would feel.

My kids are older now and the chaotic first year of parenthood is behind me, yet I still dwell on the friends who lost interest in my life because of the baby baggage I was now lugging around. When I surfaced from a very hard year of postnatal depression, family struggles and at times very frightening despair (sh*tstorms tend to come in threes I’ve learned), I emerged into a new life, a life that simply did not contain many of my old friends.

I’m still struggling to fathom the loss of these relationships. Did I push them away? Was it a natural response to our lives diverging? Or was me droning on about newborn sleep patterns just that tedious (it is pretty tedious, I admit)?

Helicopter mummy versus the free-range mummy

Talking about motherhood is quite a tricky one to navigate for women. Because of literally millennia of having absolutely no choice in the matter, we’re still sorting out how to relate our experiences without invalidating the experiences of others or being insensitive to them.

The motherhood question is fraught for many women because of difficulty in conceiving, unplanned pregnancy, or the flip side of simply not wanting children and constantly having to justify this decision to a society that cannot stop intruding on what is clearly a personal decision. Motherhood, whether you’re a mother or not, can be beautiful, dull, painful or give one joy. One way or another it is charged regardless of whether you have a baby or not.

There has been a trend among provocateurs to manufacture “mommy wars” for headlines – battles between the helicopter mummy versus the free-range mummy and so on. But another war has been brewing in recent years, that of the mothers versus the non-mothers – think the recent furore caused by Mary Berry referencing the fact that Delia Smith has no children, ergo her recipes haven’t been critiqued as rigorously as Berry’s – a woman with three children. Sheesh. All reductive stereotypes and all needlessly pitting women against one another.

Related: When you’re a mother, self-care is not a luxury but a necessity

I don’t pretend to know how irritating it must be to be an adult woman on the receiving end of probing, rude questions about your womb plans, and perhaps the Berry-Smith beef speaks to a child-free woman and confirms what she suspects about the ways she is perceived by society as somehow less than. I don’t argue with that.

To be honest, I was going along thinking we were all on the same team. However, reading Polly Vernon’s Grazia column some weeks ago about the chasm that seems to open between women during the ‘to baby or not’ years, I had an unpleasant flash of insight:

“I too have… stood powerless in the sidelines, while my dearest friends hurled themselves headlong into an experience I didn’t want which deprived me of them nonetheless. My people, my tribe who’d forsaken me, joyfully and willingly, for squalling, puke-making, attention-sapping, starter bundles of humanity.”

Related: As a parent, I’m learning to take things one day at a time

Did my friends feel forsaken by my new role as someone’s mother? Ironically whether they did or not, I know I certainly did. I felt excluded from their lives, and angry at their apparent refusal to make any effort to accommodate my new situation. Nights out were set in stone with no hope of relocating to a venue that I’d have a shot at making it to – admittedly my living room isn’t as glamorous as a cocktail bar but at least it would be cheaper.

If my pal had a colostomy bag, for example, I’d make the effort to come to her. And yes, that’s the part of the story where I compare my child to a colostomy bag.

Is part of the problem the way motherhood is portrayed in the media and on our social feed? I have seen much talk of the smug mummy, the yummy mummy, whose life is so delicious and perfect as to be intolerable to any who don’t happen to have children? Did these friends think I’d disappeared into an intoxicating haze of self-satisfied, delight? I disappeared for sure. But I was in a hole, one I could not get myself out for 12 months. I was self-absorbed yes, but mainly absorbed in the daily fight to keep myself and my sweet baby afloat in this lonely ocean of new motherhood.

“I am lucky. Most of my friends have not, thank God, turned into Dummy Mummies since the birth of their children…

“The Baby Crazies, however, are astonishingly uninterested in anything other than strollers, breastfeeding, Annabel Karmel, bedtime routines, In the Night Garden, safety gates, and on and on – a list that ends, inevitably, with at least one grandiose statement about their own supreme fulfilment (as opposed to my barren misery).”

Beyond this depiction of women being lobotomised bores post-babies, it’s actually an attack on women during a hugely vulnerable time in a woman’s life – around 15% of new mothers in Ireland experience postnatal depression. Still it made me wonder is that how we come across to our friends after spawning?

Some friendships don’t survive the baby bomb and perhaps that says more about where the relationship was at before the positive pregnancy test. Psychologist Seth Meyers supports this: “It’s worth considering whether having kids is actually the surface scapegoat in explaining why a friendship goes away.

“In reality, regardless of whether they have children, scores of men and women have had friendships they’d swear would last forever, and yet many of those friendships ultimately faded away or ended. Is it possible that one friend having kids simply forces the end of the friendship sooner?”

This also galvanises you to seek out more meaningful friendships. I’ve made enormous efforts in cultivating my friendships post-kids and not just in the mum-friends category though I did that too, but friends who can overlook my occasional tendency to talk about my family just like I can feign interest in lengthy gym chat. The gym’s not really a part of my life but it’s important to my pal so, ya know, quid pro quo – it’s what we do in friendships.