This week sees the release of ‘The Aftermath,’ an evocative story of passion, betrayal and forgiveness set in post-war Germany in 1946. Director James Kent spoke to Jennifer McShane about the making of the movie, surprising the audience and why its star Keira Knightley wasn’t concerned about her character’s likeability factor on screen.

A few minutes into The Aftermath (based on the book by Rhidian Brook) and it dawns on me that this isn’t going to be an easy watch. Set in post-war Germany in 1946, it is a film, beautifully shot,  about grief and loss. It’s supposed to challenge your emotions. Following the German defeat in WWII, Hamburg is in ruins. Its people have nothing. They grieve the loss of so much. Rachael (Keira Knightley) soon arrives to meet her husband Lewis (Jason Clarke); they are reunited after he is deployed there – a British colonel charged with rebuilding the shattered city.

They both have their own burden to bear following a tragedy; neither has recovered from or processed, the trauma. They move into a grand house, repossessed by the British and Rachael is dismayed to hear that her husband has allowed the former owners to remain in the house with them – a German widower, Stephan Lubert (Alexander Skarsgard) and his troubled daughter. 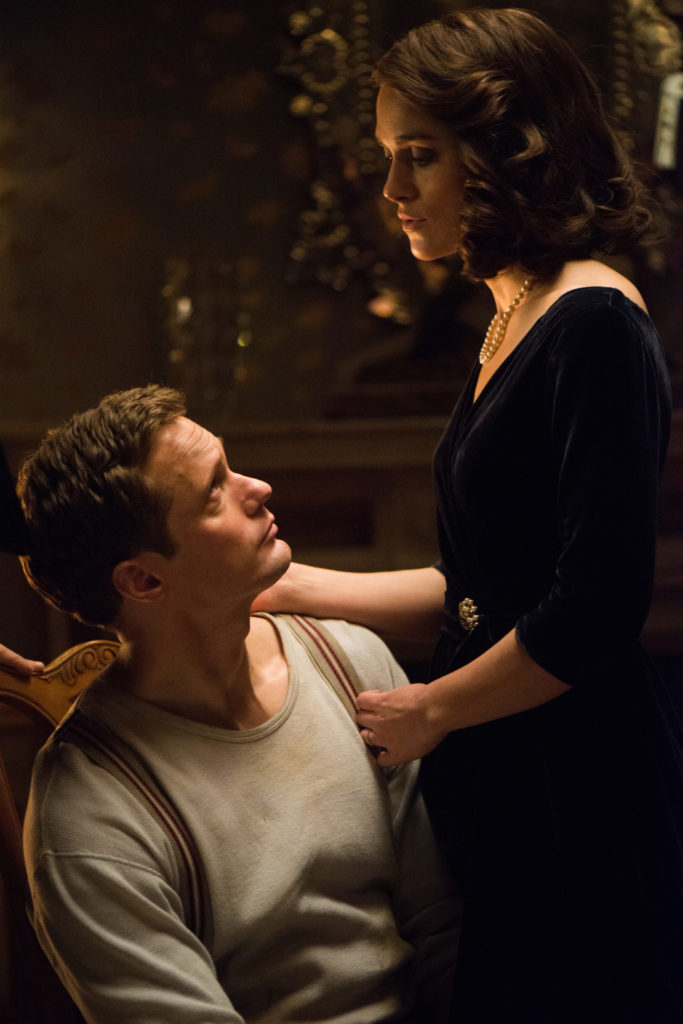 What follows is an affair between Lubert and Rachael and an awakening for all three main characters; a complex triangle of what its director James Kent calls an “amazing tale of passion, forgiveness and reconciliation.”

“It was set in an epic time of world history, a time of devastation when the British attitude to the Germans was to stretch out our hand in friendship, quite the opposite of WWI – I thought that was inspirational, particularly given the time we’re going through at the moment,” Kent said of what drew him to the project, a screenplay adapted from the book of the same name.

‘Their affair acted as a catalyst’

Both Rachael and Lewis are emotionally distant; Lewis from the witnessing the devastation of war and Rachael feeling abandoned – both physically and emotionally – in a strange city. The affair, when it happens, isn’t unexpected but Kent says the reasoning for it was vital to the movie. “The affair between them has acted as a catalyst for all three characters to rediscover their emotional heart and to begin to rebuild.”

“The film is very much about aftermath, personal, political and still being alert to humanity and having compassion and forgiveness”

Indeed, their actions behind closed doors mirror what is happening in a city which has been ruined – the need and want to begin again.

It takes a while to warm to Knightley’s Rachael – a good half of the film goes by before she starts to open up – something Kent agrees with. Without spoilers, her reasons for this become clear as the film progresses, but initially, Lewis is the more compassionate. It shouldn’t be a point of reference, but it is always a tired topic of conversation; the “likeability” of the female lead. Was this a worry? 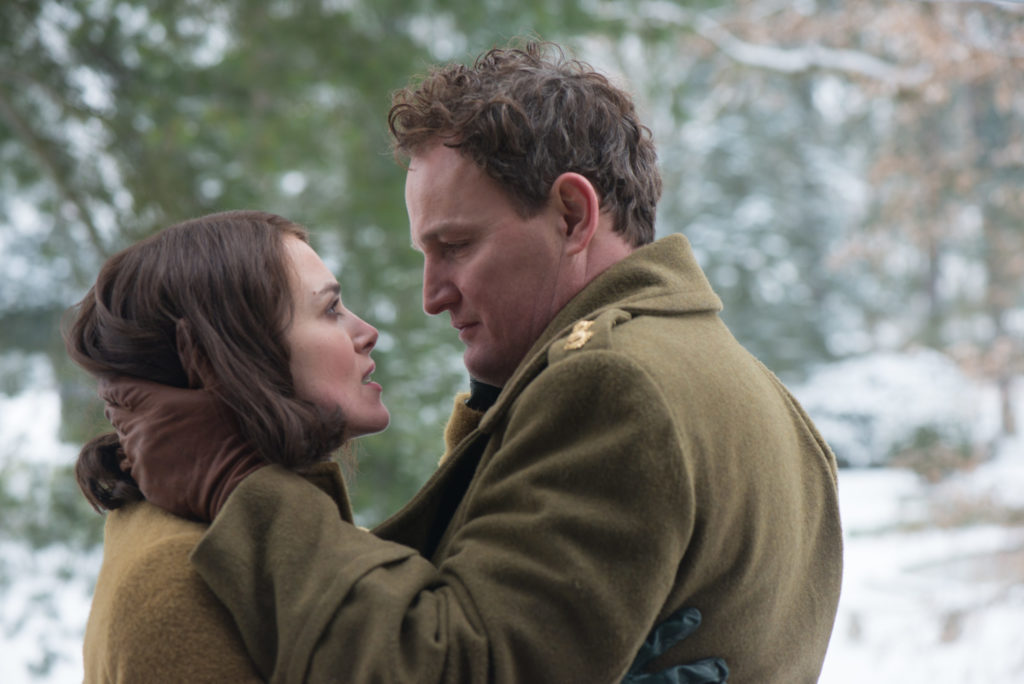 “Funnily enough, [Keira] wasn’t worried by that at all,” Kent continues. “She’s unlikeable in a sense in that she is quite cold, but she has lost a lot, so she is a shell of her former person.”

“The really interesting characters in life are often tricky and ambiguous – they have to work at it. I think we get very hung up on characters having to be likeable – life isn’t like that”

The ending was a surprise; it was unexpected and Kent says a more straightforward ending might have been more obvious but wouldn’t have been a true reflection of the dilemma faced by all characters.

“It would have been easier to go as the audience might have expected but that is always my challenge as a director, to present something that perhaps, you might not think of as an outcome.”

What is certain, is that you will need tissues as the credits roll.

The Aftermath is in Irish cinemas from March 1