Katie Taylor is instrumental in paving the way for more Irish women in sports. So why aren’t we seeing more support on our shores? Erin Lindsey reports

Taylor’s performance in Madison Square Garden was incredible, earning massive respect from her peers and fans. But while Irish media has been deservedly praising of her win, things were a little quiet in the lead up to the fight. Taylor is one of Ireland’s most accomplished athletes, and a fantastic ambassador for Irish sport – so why isn’t she given the media attention she deserves?

“There seems to be an underlying stigma around vocally supporting women in sport, where many avid sports fans don’t feel comfortable doing it.”

Women in sport in Ireland, as well as around the world, get a bum deal when it comes to media attention. And at a recent event at Twitter’s EMEA Headquarters in Dublin, the topic of the day was how to rectify just that. A panel of sports stars, journalists and spokespeople gathered to ask an uncomfortable question – why aren’t women’s sports given more attention?

The answer? We aren’t making enough of an effort. 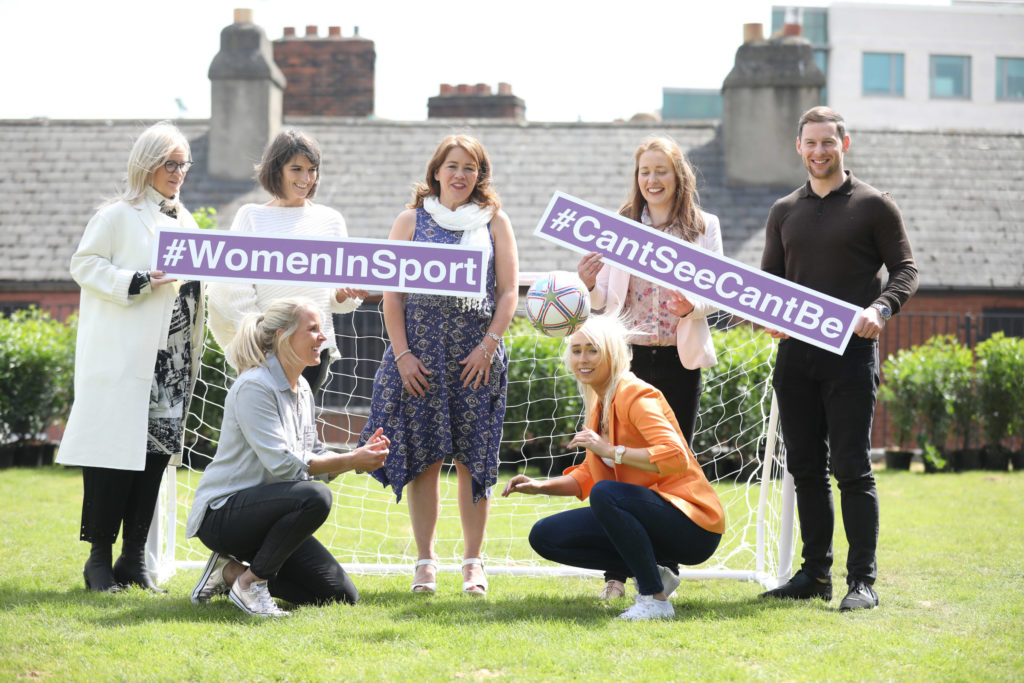 Anne Kiely, head of HR for Twitter EMEA, was the first to admit it. An avid sports fan, she and her family head to multiple local and league games a year, in everything from basketball to Gaelic football. The problem? They are all men’s games. But in 2019, she’s making the effort to combat this, by heading to regular women’s games as much as men’s. At the event, Kiely set a challenge to the (mostly) female audience to follow her lead, and make the concerted effort to show their support from the sidelines.

Speaking to Anne after the event, which was in partnership with 20 x 20, a campaign to increase the overall visibility of women’s sports in Ireland by 2020, it was clear that she was serious about the challenge. Working at Twitter, where much of the conversation about sport around the world takes place, Kiely sees the difference between the coverage that women’s and men’s sports get – according to their figures, 84% of sports fans are interested in women’s sports, yet it gets 80% less hours of media coverage.

Why is that? As Anne said, there’s no easy answer – there seems to be an underlying stigma around vocally supporting women in sport, where many avid sports fans don’t feel comfortable doing it. This is changing, with athletes like Katie Taylor, soccer player Stephanie Roche and others flying the flag and being lifted up by Irish fans. But in comparison to the praise male stars get throughout their careers, there’s a long way to go.

The only way to change it is to begin the change yourself. Anne recommended that both male and female sports stars begin using their platform, especially on social media, to bring attention to the women doing the work. As the 20 x 20’s slogan goes, “if you can’t see, you can’t be” – many sportswomen are doing the ‘being’, but we need to work more on the ‘seeing’.

Trolling and hate speech can be rampant

But there’s something else that may be stopping female sports fans getting more vocally involved – the potential backlash. Trolling and even hate speech can be rampant on Twitter, and discourages many potential voices for women in sport from getting involved. Joy Neville, former Ireland women’s rugby union international and current rugby union referee, summed it up best in her appearance at Twitter’s Women in Sport event: “I feel a lot of pressure to never make a mistake in my job, because I know that if I get something wrong, the immediate response will be ‘she doesn’t know what she’s talking about, because she’s a woman'”.

The same is true for everyday fans. A woman voicing her opinion on a sporting event online is often met with accusations of “jumping on the bandwagon”, “not having a clue about sports” and is often told to leave it to the men. When asked about trolling on Twitter, Kiely responded: “At Twitter, we do have a lot of measures in place to ensure that any trolling will be dealt with as quickly and as efficiently as possible. Our main priority is that Twitter is a safe place for all users. But I do think that the real change has to come from a societal shift away from those attitudes. Once women’s sports become more popular, this type of discourse will begin to fade, which is already happening.”

More support of women in sport

While journalists, pundits and sports programmes have a lot to answer for, it’s up to the fans to show their support, both on and off the pitch, for Irish sportswomen. It’s all about supply and demand – the more fans they see demanding coverage, the more women’s sports will make their way through the airwaves. We can already see it happening – this year will see RTÉ broadcast every game from the Women’s World Cup for the first time – a massive step forward for the game.

While Katie may have celebrated her win in New York last night, the real win will be reflected in her amazing legacy for the sport.