WINDSOR, ENGLAND - MAY 13: Kate Moss and Jamie Hince arrives for a dinner to celebrate the work of The Royal Marsden hosted by the Duke of Cambridge at Windsor Castle on May 13, 2014 in Windsor, England. (Photo by Chris Jackson/Getty Images)

Kate Moss and Jamie Hince are on the verge of initiating divorce proceedings, according to various reports. The couple who married in a lavish country ceremony in 2011 for which John Galliano designed the bride’s gown, have attracted continued speculation as to the state of their marriage in recent months. Sightings of The Kills singer and the 41-year-old model have been sporadic, and much has been reported on Kate’s travelling alone to parties and to Paris a fortnight ago for Haute Couture Fashion Week. The couple didn’t attend Glastonbury together, with Kate skipping proceedings entirely, the Daily Mail reported earlier this month. 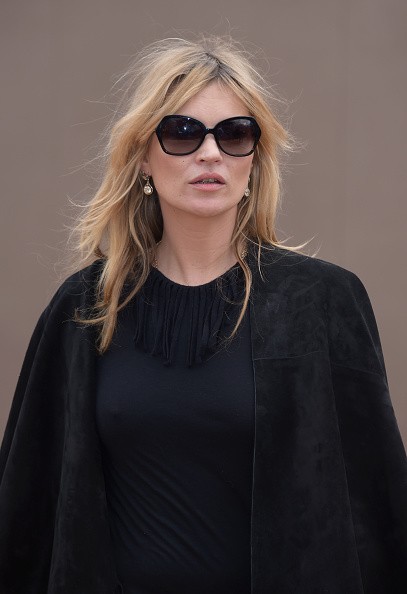 A source told The Sun, ?They are properly over as a married couple. It’s gone past the point of no return? Jamie’s just waiting for Kate to move forward with divorce proceedings. Neither are in any hurry but they both suspect there won’t be a reconciliation. They accept they’ll probably have to make some sort of statement but don’t want to feel forced into anything.?

The Sun also reports that the reason behind the supposed split is Kate’s jealousy over the 46-year-old singer’s friendships with other people, especially that with Lady Mary Charteris, a model who is also a member of her husband Robbie Furze’s band. Kate Moss and Lady Mary are rumoured to have a long-standing rivalry with each other, so Kate’s displeasure at her husband’s continued association with her is understandable.

Hince is due to go on a tour of the States next week, and insiders are predicting a low-key announcement in the coming weeks.

Via The Daily Mail??