If you’re as obsessed with the royal family as I am, you’ll have been glued to the Kensington Palace Twitter feed for at least 24 hours (which isn’t bad considering super-fans camped outside St Mary’s maternity hospital for two weeks, willing the new prince to arrive).

And that he did. According to Palace reports, Kate Middleton gave birth to her third child at 11:01 am.

We eagerly waited for the mum-of-three to emerge from the double oak doors with her new bundle – a child now fifth-in-line to the throne. When she did, I had a few thoughts. One: ‘My God, she looks incredible for a woman who just gave birth’. Two: ‘Both parents seem proud as punch’. Three: ‘That dress looks really familiar’.

Upon closer inspection, the Duchess of Cambridge’s outfit is very similar to the one Princess Diana wore 33 years ago, when she presented Prince Harry to the world. Her red Jenny Packham dress with its white lace collar is reminiscent of her late mother-in-law’s long red coat, with accompanying white collar blouse. 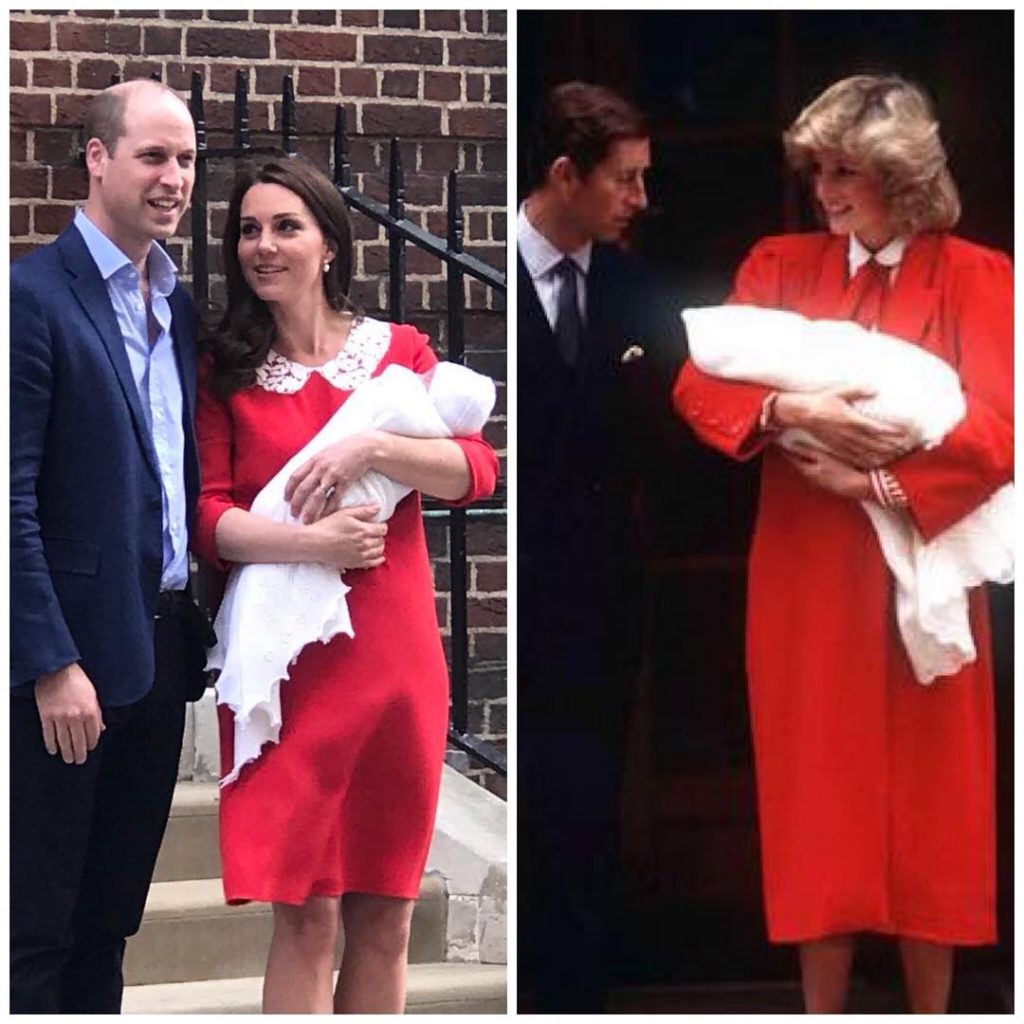 This isn’t the first time Kate Middleton has given a nod to Lady Di. When Prince George was born in 2013, she wore a blue polka dot dress, similar to the one Diana wore when Prince William was born in 1982. While they never got a chance to meet, the Duchess seems determined to keep her mother-in-law’s memory alive. 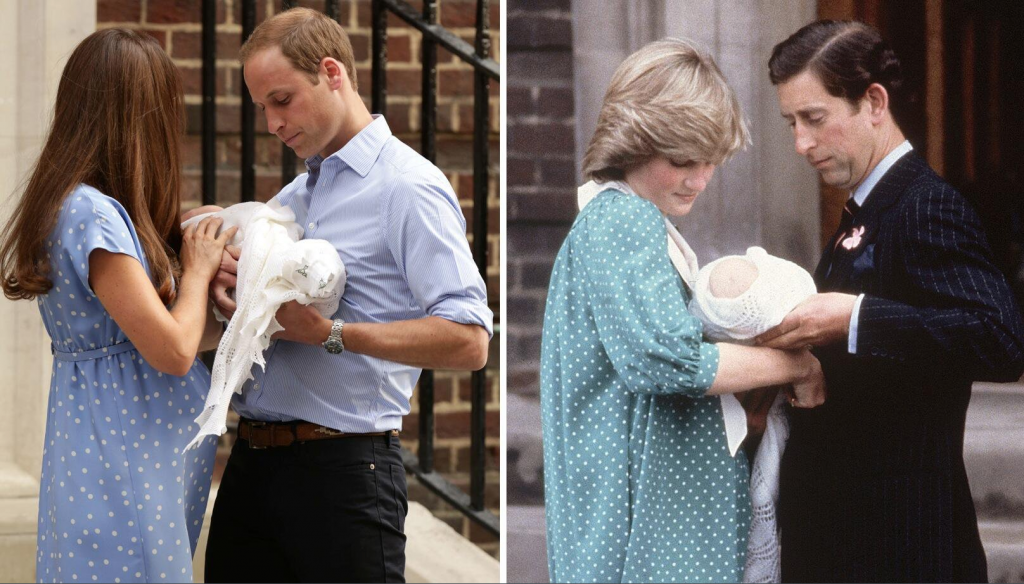 While thousands fawned over Kate’s thoughtful tribute and the cuteness of her baby, others wondered whether the 36-year-old should be out-and-about at all. Given the strain childbirth can put on a woman (not to mention how exhausted she must have felt afterwards) critics felt the Duchess would have been better off in bed, rather than posing for photos outside.

I see where they’re coming from – I can’t imagine changing out of my pyjamas mere hours after having a baby (never mind wearing heels and make-up). But such are the terms and conditions of royalty, and I’m sure she has the best of health care behind closed doors.