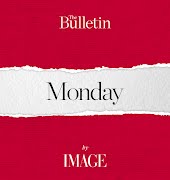 UPDATE: The Royal couple has just welcomed a new baby son, born at 11:01 this morning.

Kate and the baby are both said to be doing well, according to official reports from Kensington Palace.

Her Royal Highness The Duchess of Cambridge was safely delivered of a son at 1101hrs.

The Duke of Cambridge was present for the birth.

Her Royal Highness and her child are both doing well.

The Duchess of Cambridge Kate Middleton is in “the early stages of labour”, according to reports.

She was admitted to St. Mary’s Hospital in London early this morning, the day of her due date, after having travelled from Kensington Palace with her husband, Prince William.

Her Royal Highness The Duchess of Cambridge was admitted to St. Mary’s Hospital, Paddington, London earlier this morning in the early stages of labour.

The Duchess travelled by car from Kensington Palace to the Lindo Wing at St. Mary’s Hospital with The Duke of Cambridge.

The new royal baby will take place as fifth in the line of succession to the throne, after Prince Charles, William, George and Charlotte. Prince Harry, Prince William’s brother, will be moved back to sixth in line.

Kate Middleton was noticeably absent from the Queen’s 92nd birthday celebrations earlier this week, as her due date was so close.