Julia Hartz is co-founder and CEO of Eventbrite, the hugely successful digital platform that allows event organisers to plan, set up ticket sales, promote events and publish them across social networks directly from the site’s interface operating in over 190 countries. Here, she shares here journey to CEO and some of the lessons she’s learned along the way.

Julia Hartz’s career took an unexpected turn when true love came calling. An admirable work ethic and razor-sharp focus helped lead her to the role of co-founder, and later CEO of Eventbrite, alongside her husband, Kevin Hartz, and business partner Renaud Visage.

Julia studied as a broadcast journalist in Pepperdine University in California, but quickly became disillusioned. “I sat in class and saw all these debutantes – they were mostly women – and thought, this is not where I belong.” She switched her major to television production, and worked three jobs on the side. “I interned on the set of Friends, in the script department, and did a couple of other internships, using them to realise what I didn’t want to do. In my senior year, I landed at MTV and interned five days a week in the series development department, and that was really my dream job because it was marrying business with creative,” she says. The team she was on discovered Jackass and subsequently created the first series and movie. From there, Julia went to FX Networks, where she got to work on Nip/Tuck, Rescue Me and The Shield. She spent just two years at the station, but gained a wealth of knowledge. 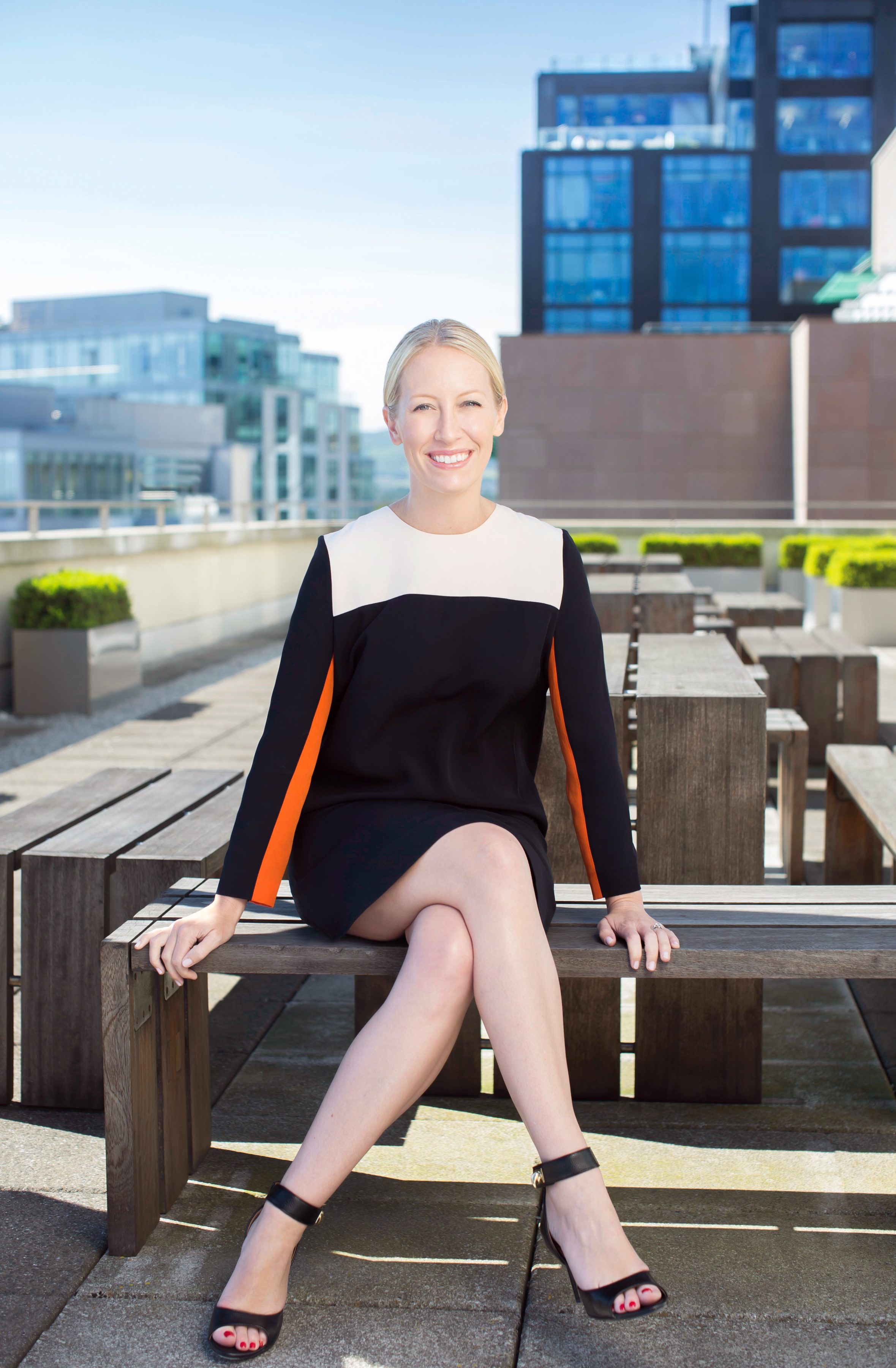 BIG PICTURE
“I learned that you have to commit to being groundbreaking. You have to commit to pushing the boundaries, and you have to be in it for the right reasons. FX Networks’ motivation stayed true. Their advertising revenue model was totally broken, people weren’t watching commercials because they were using TiVo or they were watching online, and we were really in the throws of that disruption. FX didn’t sell out to get more eyeballs or more ads. They were completely and utterly dedicated to making the best content – they were really good at creating their own destiny.”

AFFECTING MOMENT
During her time at FX, Julia also met her now husband, Kevin. “We sat next to each other at a wedding. Kevin was working in Silicon Valley. He was one of the first investors in PayPal, and then started Xoom, an online money transfer system.” When the two got engaged, she relocated to San Francisco. Kevin managed to convince her to turn down a deal from the only cable network in the area in favour of joining their very own start-up. “It was an offer I couldn’t refuse,” she laughs. “I couldn’t see how that wouldn’t work because he was so optimistic.” That was at the end of 2005, and in early 2006, Eventbrite became a reality. “Kevin and I got engaged, moved in together, started Eventbrite and had our first baby all within the first two years. If we could survive that, we could survive anything. We really got to know each other in being co-founders and creating our lives in parallel. You develop skills in how to not talk over one another. In our day-to-day life, we focus on different areas of the business, and that’s important to any founder team. Nobody has complementary skills, you need people to lift you up when things are rough. I relish that he and I are always on the same page. Most people have to catch each other up on what’s going on and give the context as to why they’re stressed out. We don’t have to have that conversation. The downside is that you take for granted the fact that you’re together all the time, so for us, we have to have a date night and be really diligent that it doesn’t turn into work.”

PROOF POSITIVE
Being a woman in a man’s world wasn’t a thought Julia dwelled on too much. “I think resistance is in the eye of the beholder. Had I let myself go down that path mentally, I certainly wouldn’t have succeeded or created the destiny I did. The turning point for me was understanding that I was a role model for others. I feel this duty to own that and empower everybody who works for us.”

SHARING THE LOAD
“All of us bring incredible skills and thankfully, we don’t overlap. Our Venn diagram is fairly evenly distributed in terms of where our skills lie. What I bring to the table is that I am a great operator. I wasn’t born an entrepreneur – I didn’t have the lemonade stand – but I can see a picture of chaos and understand how to create order and efficiency. I have a superpower intuition of just reading a room. Sometimes it’s a curse because it’s distracting, but I can usually wheedle some motivation out of the person I’m talking to, and that’s lent itself to creating a very humane organisation, where we’re always putting people first. My goal is to put the Britelings before the company and the company before the founders. I want to make sure that we’re always using that as our lens in terms of how we make decisions.”

LEARNING TO LEAD
Being a founder of a successful company comes with both privilege and responsibility, and Julia takes her leadership role seriously. “It comes back to authenticity. Being yourself is really important. Being a leader and setting the tone is a gift, so any time the pressure seems too much or I get too worked up, I remember I am lucky to be in this position and I should be channeling it for good.”

POSITIVE IMPACT
Eventbrite also focuses on giving back to the local communities in which they work, a side of the business Julia is passionate about. “I think there is a way to create a civic-mindedness that’s not just rooted in money. There are thousands of organisers who have built their business on Eventbrite, whether they’re non-profit organisations or for profit, but they’ve used it as the engine upon which they’ve created opportunities for themselves. And then, through Eventbrite for Causes, we not only want to give non-profits a break on the ticket fee, but actually help them be more successful by taking all the things we’ve learned and put it together in a format that helps other non-profits to succeed. When you’re a non-profit, hosting an event is not your first thought or the easiest route, but it is one of the most effective routes in fundraising and building brand awareness or awareness in general. Then we also have Brite Initiative, which was started by Britelings who said they have lots of ideas about how they want to connect with our community. We’re very open to having them out spending time and volunteering on causes that we support.”

DEVELOPMENT STRATEGY
“There are so many options, you don’t know where to start, but we hone in on certain areas, and that’s the part of the job I love. We break it up into smaller chunks. It’s important to always come back to the vision, but then tactically to understand how you are going to get from A to B. Right now, we have these little pockets of smaller teams that are going out and doing really interesting things, and they’re only able to do that because we have this central vision. If we didn’t have that, we probably wouldn’t have the same type of innovation.”

TOP TECH: All I need is my phone and my iPad Mini. The beauty of being an entrepreneur today is that you can always be connected. People think that is a bad thing; for us, it’s great to always be connected.
WARDROBE ESSENTIALS: We went on holiday recently, and our suitcases went missing. All I had was my make-up, a pair of black, stretchy trousers and a loose- fitting Gap tank top and a linen blazer from The Row. This trusty outfit lasted so well. It’s officially my favourite.
WORK STAPLES: For business, I always wear dresses. If I’m not wearing dresses, I wear jeans. I’m not a trousers kind of girl. Dresses that are durable and wearable and don’t wrinkle. And a good pair of shoes. (Tom Ford and Victoria Beckham are two of my favourite designers).
BEAUTY INDULGENCES: The essentials for me are good skincare. I love SkinCeuticals. 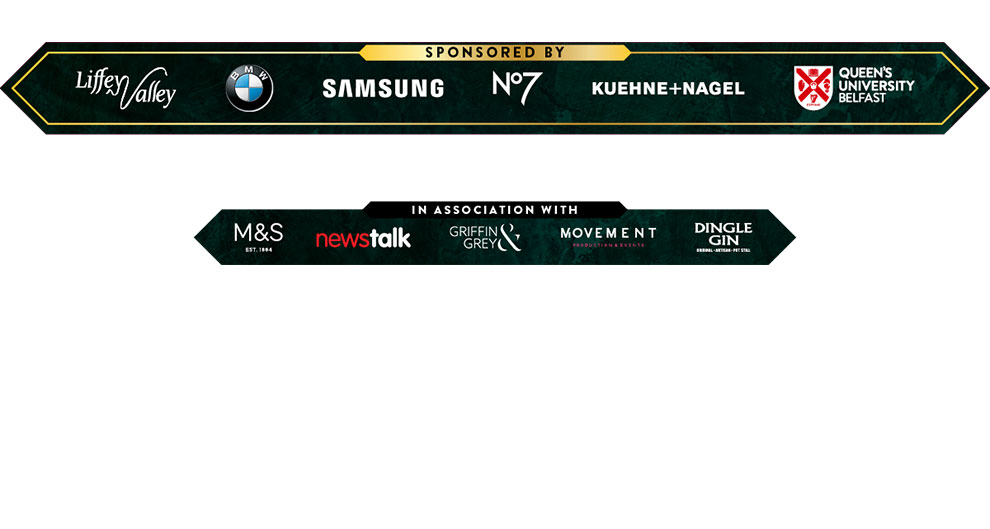