Baby news is always delightful and today the happy parents making us coo are Joseph Gordon-Levitt and Tasha McCauley. The actor and robotics expert married in secret last December at their home in Los Angeles. Tasha gave birth to a baby boy last weekend and according to US Weekly’s source ?everyone is happy and healthy? in the aftermath of that great milestone that is giving birth.

Gordon-Levitt and McCauley have kept a low-profile since they started dating in 2013, having met through friends. The couple are rarely snapped together, and photos that do emerge tend to show them living relatively normal lives. The 34-year-old actor has brushed off questions in interviews and implied his wife ‘really doesn’t want to be a part of? Hollywood celebrity – which makes sense since McCauley is a businesswoman first. She’s the CEO and co-founder of a robotics company. She also speaks three languages. 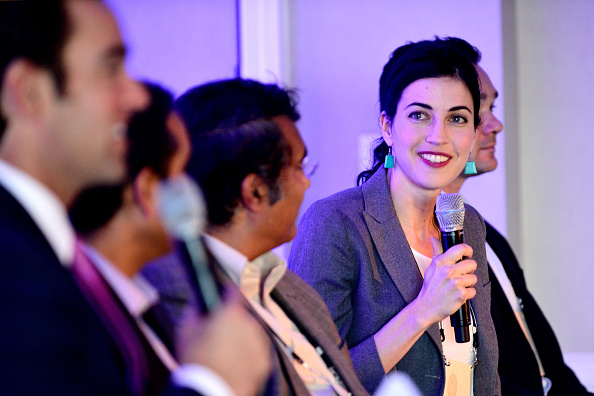 The baby’s name has not yet been confirmed, but that is the new celebrity way. Zooey Deschanel, Gordon-Levitt’s 500 Days of Summer co-star, has not released more details of her recent foray into motherhood beyond the gender of her baby, and Keira Knightley only told Elle this month that her daughter was called Edie. While we’re curious souls, we do like the fact these famous faces are keeping their family lives as private as they want to.