She’s the American businesswoman at the centre of conflict in British politics but after her ‘tell-all’ interview where she kept her cards close to her chest, questions still remain.

“I care about him deeply as a friend and we do share a very close bond. I wish him well,” explained Arcuri, when pressed in a TV interview today about her feelings towards UK Prime Minister Boris Johnston.

The tech entrepreneur has hit the headlines after a conflict of interest row involving Johnson. Her company, Innotech, was awarded public money and given access to foreign trade missions led by Johnson who was mayor of London at the time after they were previously declined.

Both have denied that Arcuri received any favouritism and both have refused to rule out claims they had an affair.

So far, so vague.

But is Jennifer Arcuri, already objectified in the media as a ‘pole-dancing ex-model’, now relishing her newfound leap into the spotlight, or has she been exploited by a political campaign to kick Boris Johnston while he’s down in order to shape the governmental landscape at an historically crucial time? 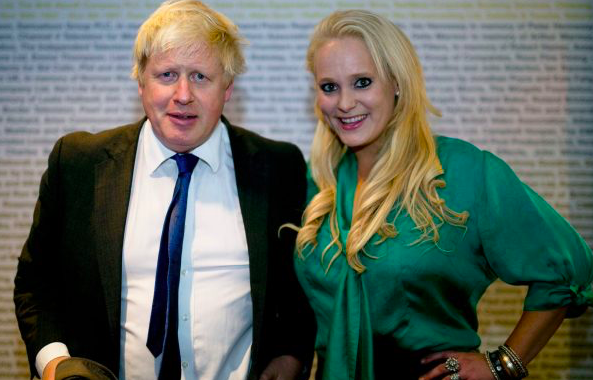 Perhaps the truth is a little less seedy and a lot more straightforward.

The problem is that by refusing to deny an affair, the story won’t go away. The old media adage that there is no smoke without fire, coupled with an interesting recommending letter that Arcuri previously claimed Johnston wrote, gives all of this a whiff of impropriety that has created demands for an inquiry.

Jennifer Arcuri herself has offered some pretty colourful soundbites to a typically dreary topic. She spoke about the first time she met Johnston in 2011 as ‘electrifying’. “He walked in the room with his hair all disheveled and his shirt untucked, papers that looked like something I pulled out of my preschool backpack. He comes across the room and he proceeds to speak, and suddenly he turns the entire room of grovelling, curmudgeonly, angry men into howling schoolgirls”.

“I mean it was just electrifying to see that kind of personality change the complete energy of the room.”

Speaking live to ITV’s Good Morning Britain, the 34-year-old reiterated that her business achievements as a technology entrepreneur were made without Johnson’s help. “Boris had nothing to do with my other achievements.” She explained his visits to her apartment in Shoreditch, London as a way of giving Johnston technology lessons.

During Monday’s interview, she was asked almost 10 times if she had a sexual relationship with the British Prime Minister. She made it a point not to answer: “Because the press have made me this objectified ex-model pole dancer, I am really not going to answer that question. I am not going to be putting myself in a position for you to weaponise my answer.”

There are now calls whether or not Boris Johnston should face a criminal investigation over his association with her.

But hanky-panky or not, Acuri’s carpark interview in LA in which she was approached by the Daily Mirror’s US editor was impossible to ignore. “Men fall in love with me in about 10 minutes… because I know what to say. I make men trip over their d**ks,” she explained laughing, as if not a care in the world.

When asked about the alleged affair with 55-year-old Johnston, she dismissed it as “complete bulls*it”.

In a time where everyone is jaded with Brexit, Acuri’s vivid descriptions and glamorous TV appearances has us hooked. The confusing part is that she seems to be enjoying it too. Being a pawn in an international chess game might just have its advantages.

Perhaps there is merit in being visible but saying little. Pity we can’t say the same for the bombastic Boris.

Read more: How to use Instagram to promote your brand

Read more: The books we buy and never read

Explainer: All the drama behind vaccine blunders and the Brexit row over Irish border

‘I haven’t had an on-time delivery in weeks’: The grim reality of online shopping post-Brexit