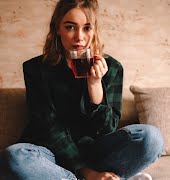 After fighting insomnia for years, actress Jennifer Aniston has finally cracked the code to a good night’s sleep

Friends star Jennifer Aniston is just like the rest of us. No, seriously. Even the ridiculously rich and famous struggle to fall asleep sometimes.

Aniston has spoken quite candidly about her struggle with insomnia for years. Back in 2014, she told TV health expert, Dr Oz, “I have a hard time sleeping. Sleep is a tough one for me”. She explained that her brain is like a “committee” in her head. “If I wake up at three in the morning, I just start having conversations and they won’t shut up and then I can’t get back to sleep.” At the time, she was married to Justin Theroux and explained that having three dogs and another human in the bed also posed as a distraction.

But, it seems the 51-year-old has finally cracked the code to a good night’s kip.

“My one key tip is to sleep with my phone at least five feet away from me,” the actress told Arianna Huffington. “That’s helped me tremendously. And I also do a quick meditation before I get into bed, even if it’s just for five minutes. There are also some yoga poses that I’ve found to be quite helpful in relaxing my mind, even if it’s just a simple downward dog and some stretching.

“But the biggest thing is the electronics shutdown, ideally an hour before I turn off the lights. It’s really a big deal.”

There’s a logic behind sleeping apart from your phone. Firstly, you won’t be tempted to pick it up and browse social media, but secondly, you won’t fall victim to the ‘blue light’.

Blue light is the name given to the type of light emitted from our phone screens. It prevents our brains from releasing melatonin (the hormone that tells our bodies it’s night-time), and because of this, our brains can’t switch off. Instead, our mind continues to whir (even after we’ve nodded off), which makes you incredibly sleepy the following morning.

Sleep experts advise avoiding screens for at least 90 minutes before you go to bed. You can still use your phone as an alarm, but make sure to set it early in the evening and leave it across the room. Alternatively, get an old-school alarm clock and ditch the smartphone altogether.

Read more: Exhausted at the end of the day? Here are 8 steps for a better sleep tonight

Read more: This is what it’s ACTUALLY like to suffer from insomnia

Read more: Why having a proper ‘bedtime’ as an adult is the key to a great night’s sleep

Sleep deprivation and menopause go hand in hand: here are tips to help you sleep