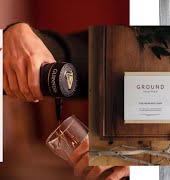 JAQ: An Irish Singer/Songwriter You Need To Discover

JAQ is an Irish singer and songwriter who has successfully established herself in London. After listening to her beautiful song “Oh My Gosh” – which will bring you straight back to those lazy summer afternoons?- we felt compelled to catch up with this amazing, budding artist and find out more.

1. You have an extraordinary voice; did you always know you wanted a career in music?

Thank you! I’ve written songs forever, so it’s always been a dream to be a songwriter. I didn’t really think that I could sing or play very well, but when I was 17 I got the lead role in our school musical. And that’s when I realised that I could actually sing and I loved performing. So I started singing my songs publicly and they went down well. That’s really when I decided that I wanted to be a singer/songwriter.

2. Your song ?Oh My Gosh? has just been released, what was it like for you to build up towards this?

I suppose the build up has been my whole life! I’ve been gigging my own songs for about 7 years now, mainly in Dublin and London, so I’ve been finding my sound, my style, my music.

Last year I played a gig in a small pub called ‘The George’, in London, where a group of guys saw me play. They came to another few of my gigs and one day they told me that they’d like to invest in me. It was amazing timing too, because I’d been working with Don Mescall on my songs. We knew we had an album ready but had no funding, so it was really perfect! ‘Oh My Gosh’ is the first release.

3. Your single is a groovy and acoustic delight, and an album is around the corner. What should we expect from it?

Thanks. That’s a great description! Yes, there is an album around the corner and I can’t wait for people to hear it.?I’ve been recording in Britannia Row studios in London with producers Don Mescall and Charlie Thomas. We’ve had amazing musicians play on it; including trumpeter Patrick Anthony, who played with UB40, which I think is very cool!?I’m so excited about the album. I can’t wait for you to hear it.

4. Who are your biggest influencers as a songwriter?

I’m influenced by everything. I listened to a lot of singer/songwriters growing up, like Paul Simon, Joni Mitchell, Aimee Mann, Lisa Hannigan, Amy Winehouse, Feist, Lissie, Damien Rice. There are so many.?I didn’t’ come from a particularly musical family. Music, other than my own songs, was never a big part of my childhood. My parents would have listened to some French music, like barbara and Charles Aznavour. My older brother listened to a lot of Kate Bush and REM.

I remember my older sister would buy albums and I’d take them, so whatever she listened to, I listened to. I particularly remember she bought an album by Jewel called ‘This Way’. I adored it, adopted it and learnt so much from it. It was poetry to sing.

I’ve always loved ska – no one else in my family would have listened to it, but I always love that up beat feel. It really lifts my mood. I also listen to a lot of Buena Vista Social Club and Manu Chao.
The influences are endless really. Every time I hear something I like, I’m inspired and influenced by it.

5. Did you move to London to pursue life as a musician? How does it compare to Dublin?

Yes, I did. After my college degree, I decided that I definitely wanted to write and sing my songs as a career. I worked for six months in a call centre in Dublin to save up for my move to London. That was three and a half years ago!?I’ve lived in Dublin most of my life. Dublin is an amazing place. The people are incredible. I love that everyone can take the piss out of themselves and each other, everyone has so much time for each other too. Socialising is such a big part of the culture.

London is somewhat the opposite. It’s a fast-paced city. People have much less time for one another. They are generally here with their own goal in mind. A lot of people ‘network’ in London, it’s a very money driven place, yet many artists are drawn to it for its vision of success. London has the contacts, the industries, the people that an artist needs to get to the next step, so there’s that mixture of personalities all trying to ‘make it’, all needing each other. I love London for that. A cocktail of people, all striving for success, collectively but separately, in this one city!

6. You go back and forth from London, Paris to Dublin, they are all such different cities with different dynamics, do they inspire your music?

Yes definitely. Everything inspires my music and where I’m based at the time has a massive impact for sure. I think that you can hear that in the songs. I’ve drawn upon a lot of different influences. Having spent time in different places means you are always hearing a lot of different sounds.

Listen to JAQ’s wonderful new song “Oh My Gosh” below.