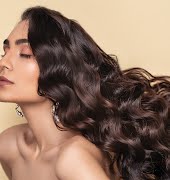 The gender pay gap still lingers; research shows that girls as young as six are at a disadvantage – so right from the very start. Irish women are “working for free” for the rest of the year, according to Dress for Success Dublin (DfSD), the charity behind the #WorkEqual campaign. According to DfSD, today is ‘Equal Pay Day’ in Ireland, the day on which women effectively stop earning, relative to men, because of the gender pay gap.

The charity launched its fourth annual #WorkEqual campaign on Sunday with the aim of highlighting issues around gender equality in the workplace The current gender pay gap of 13.9% means that woman in Ireland effectively work for free for the last 50 days of the year, compared to their male counterparts.

According to the European Institute for Gender Equality’s 2019 Gender Equality Index, women’s mean monthly earnings are €2,808 in Ireland, compared to €3,423 for men.

On top of that, 88.7% of women are doing cooking and/or housework every day, compared with 48% of men.

“We have a gender pay gap in Ireland of 13.9%.  If you shave 13.9% off the end of the year, you land on today’s date.  So Equal Pay Day is a symbolic day to highlight the still existing pay gap between women and men,” explained Sonya Lennon, founder of DfSD as she launched the campaign.

“We acknowledge that the pay gap is a symptom of the wider gender opportunity gap and cultural and structural challenges that women face in the workplace.  While progress is being made, change is happening slowly, and more needs to be done to challenge societal and political attitudes.  Lack of affordable childcare, gender stereotyping, inflexible work options, and poor take-up of parental leave are all feeding into the persistent inequalities between women and men.”

What can be done?

DfSD has a series of events planned, all with the overall aim of developing practical solutions to help removing inequality in the workplace.

The centrepiece of the #WorkEqual campaign this year will be a thought leadership conference, taking place in The Marker Hotel, Dublin, on Wednesday, November 27, sponsored by SOLAS, the Further Education and Training Authority.

Related: Should you work for free?

Related: Could we end the gender pay gap in a generation?