An article earlier this month by Tara McEvoy, titled How a New Wave of Irish Writes are Making their Mark, identified the current wave of Irish female writers in both fiction, and non-fiction. Sally Rooney, author of Conversations with Friends and Normal People was, of course, put at the forefront of this movement.

Also mentioned were Anna Burns, whose book Milkman last year won the Man Booker Prize, Nicole Flattery, for her debut story collection Show Them a Good Time and Emilie Pine, whose book Notes to Self, a collection of essays which cover everything from addiction, to miscarriage, to sexual assault, should be required reading for every woman.

Another such collection of essays is published this week, is the equally essential Constellations (Picador), by Sinead Gleeson.

Essentially this is a memoir; Sinead tells the story of a life, using the lens of her body. She manages to beautifully weave together the individual with the universal, in a way that, if needed, puts definitively to rest the tired idea that women’s writing is personal, and therefore not political. That it is of niche interest.

Her writing has the same effect as a beautifully rendered art work; you will want to sit and contemplate it

“Women who write have been conditioned to view the female voice as lesser, insubstantial and never something that engages with serious issues,” the author herself wrote in The Irish Times. Gleeson, who was the editor of The Long Gaze back: an Anthology of Irish Women Writers, covers illness, pregnancy, motherhood, old age and death.

Her writing has the same effect as a beautifully rendered art work; you will want to sit and contemplate it. Sentences and ideas are woven together to create an overall effect that is mesmerising, but with a depth that will mean the ideas presented in this book linger with you.

For those left wanting more, below is our list of some of the greatest hits of memoirs by Irish female authors.

Recipes for a Nervous Breakdown by Sophie White

Author, podcast host and journalist also of this parish (White is a regular contributor to Image) this is the memoir that has it all; delicious recipes, and the nitty gritty of White’s own breakdown in her early twenties- so food for both the soul and the belly.

The only kind of parenting book you should read is one that makes you feel comforted, by revealing that the author found the whole thing equally as terrifying and disruptive as you. Enright’s memoir on becoming a parent is utterly honest, but surely the notion that prospective mothers will be scared by frank accounts on the reality of new motherhood is now defunct. Read it, maybe not before labour, but afterwards, and you will nod and smile along in relieved recognition.

Are You Somebody Nuala O’Faolain

Described by reviewers as a publishing phenomenon, O’Faolain has been appointed the voice of her generation by peers, fans and fellow journalists and it is in her memoir Are You Somebody that she most definitively captured the experience of what it was to grow up in Ireland as a woman of her generation. The consummate marriage of the personal and universal experiences, Are Your Somebody describes the alcoholism of the author’s parents, religion, and sex. Nuala’s experiences of all mirror that of the society of her time at large.

Maybe technically more an autobiography than a memoir, writing every word of this was, O’Brien once revealed to a journalist, pure agony. Be that as it may, O’Brien’s story is one that was always going to be a riveting experience for the reader. The author, now in her eighties, has packed an impressive amount of living into her years.

There is the story of the brave young woman who clambered up out of repressive, rural Ireland, defied church, state, parents and husband to publish her own work. Who became a self sufficient single mother, and then enjoyed a London scene that included Princess Margaret, Sean Connery and Marlon Brandon. And there is the story of a writer, a  woman at the top of her professional game, who all the while holds herself separate from society in order to fully realise her talent.

I found My Tribe by Ruth Fitzmaurice

Ruth Fitzmaurice’s story of her “Tragic Wives’ Swimming Club” is part of a category recently termed waterbiographies; books in which women cope with difficult life situations by swimming in beautiful, but often also challenging, outdoor conditions. This is also a story of the necessity of finding one’s community during demanding times, and as such will resonate with any woman whose life has been thrown apart in confusion. 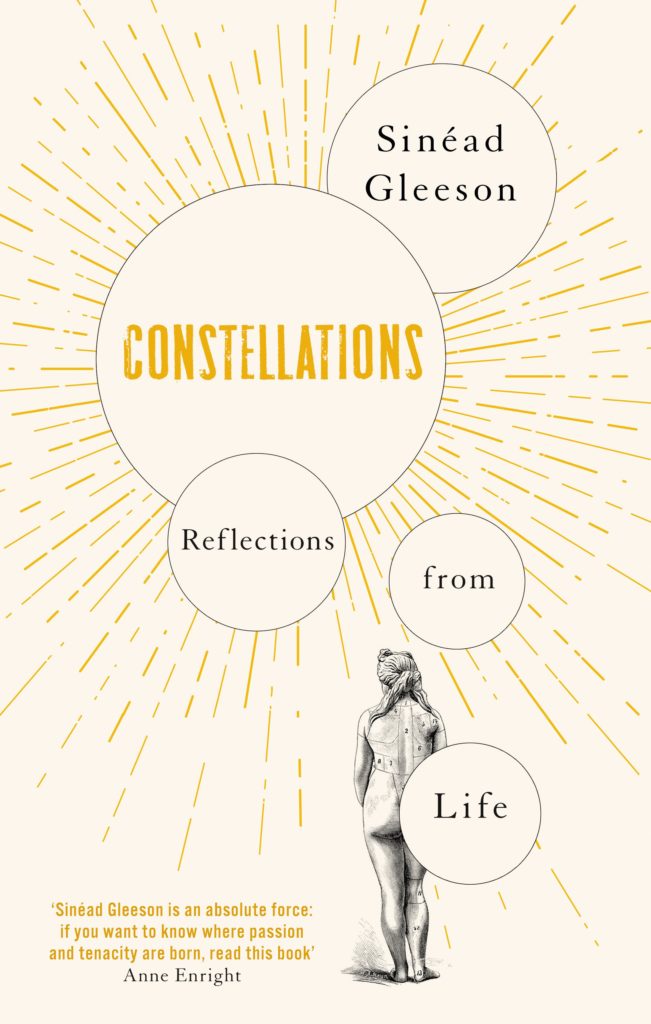