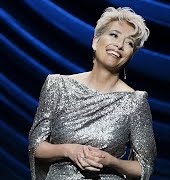 Third-generation furniture maker John Lee was announced today as the Golden Fleece 2017 Award winner, which is one of the most valuable prizes available to Irish craftspeople. We caught up with John to talk about his Sliabh Chest of Drawers…

On working with wood

?If anyone sees a piece of wood they want to touch it,? reasons John. ?It’s not like steel or plastic or concrete. Timber is very tactile and invites contact.?

It’s one of the reasons many of his designs, including Sliabh, the?oak 8-drawer private commission, have no handles. ?You’re encouraged to touch the piece, experience the texture. It’s lovely to feel, especially after sandblasting, as the grain is opened up and you can appreciate the timber.?

Although he likes working in ash, Irish oak is John’s favourite wood. ?It’s quite an understated timber and really lends itself to the type of forms I’m working with.?

Sandblasting with Australian garnet, he brings out oak’s pale pigment, creating Sliabh’s weathered, raw look. ?Sometimes oak goes golden over time, but I never liked that gold colour. When it’s sandblasted oak tends to go slightly white. Sandblasting brings a sensual quality and I try to maintain that very natural finish. The piece has been sealed with matte varnish so it can be touched and won’t get dirty.?

Designed for a coastal property, the hand carved Sliabh (meaning “mountain” in Irish) drawers reflect the mountains and valleys surrounding the private house. ?There’s a wave form there as well, something that features a lot in my work.?

On attention to detail

Taking great pride in the details, the joinery and precision, John admits to being a bit of a perfectionist: ?I’m too fussy sometimes!? he laughs.??There are a lot of invisible details in what I do.?Some pieces look reasonably simple but then you get into the detail of it the effect on the finished piece could be huge.?

Sliabh is part of a collection of several pieces commissioned for a private client and can be made to order. For more, visit?johnleefurniture.com.