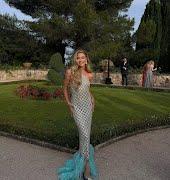 Today, February 15 is International Childhood Cancer Day and two of Ireland’s top cancer researchers Professor Owen Smith and Professor Jonathan Bond have spoken out about the latest breakthroughs in cancer research and what new treatments will be available in Ireland soon.

Speaking about a young family members experience with treatment Professor Smith said: “In October 1966, a first cousin of mine was taken to a Dublin Paediatric Hospital. He was six years of age. He was admitted and nursed in a back room for three weeks until he died of acute lymphoblastic leukaemia, the most common childhood cancer.

There was no specific treatment in this country at that time and like all other children with acute leukaemia in 1966 the clinical care was purely a palliative one, namely, he was put on intravenous fluids, given morphine to keep him as comfortable as possible, but there was literally nothing else that could be done.”

Related: Breast cancer awareness: how to check your breasts at home

He continued: “In Ireland and indeed in most countries in Europe in 1966 a child diagnosed with leukaemia would live for approximately 6 to 12 weeks. His diagnosis, his rapid demise, and the negative impact it had on family life never left me and when I went to medical school, it was always at the back of my mind that I wanted to become a blood doctor, and working in leukaemia was always on my horizon. That’s why I dedicated my whole life to curing children who found themselves in similar circumstances.”

On average, 210 children will be diagnosed with cancer in Ireland. One-third of these will be diagnosed with acute leukaemia with the other two most common types being brain tumours and neuroblastoma. Professor Smith said that although they are curing over 90% of children with acute lymphoblastic leukaemia, they are doing so at a price saying: “that price is usually long term toxicities for these children.”

Over 70 years real and substantial efforts have been put into curing this form of cancer because it is the most accessible however Professor Smith is quick to point out that not all children are cured. “We don’t cure all of these children, we cure approximately 90% and that means that unfortunately around 10% are not cured, so I’m interested in looking at ways to find treatments and cures for that other 10% so that we can cure 100% of these children.”

Professor Jonathan Bond is researching blood cancers and in his research, he is using systems biology which is a combination of computer techniques with traditional experiments in the lab which allows him to analyse a cell to test what happens when the leukaemia cell has a mutation.

Professor Bond explained that leukaemia has a lot of different side effects, but that research has greatly improved outcomes for children with leukaemia today saying “Leukaemia is a cancer of white blood cells and it starts with one cell mutating, which eventually goes out of control.

#Cancer is a leading cause of death for children and adolescents around the world and approximately 300,000 children aged 0 to 19 years old are diagnosed with cancer each year https://www.who.int/news-room/fact-sheets/detail/cancer-in-children#InternationalChildhoodCancerDay pic.twitter.com/ocYG6QwRAI

The search for better treatments

His aim is to find better treatments for children with leukaemia based on how leukaemia actually comes about. He said in doing the identification of treatments will be better and this will improve survival rate and reduce the levels of toxicity.

Although side effects from these treatments are better now than they were a few years ago, some of these effects can be extremely debilitating saying “treatments like steroids do work, but they are not without their consequences or toxicity.

Chemotherapy is a scattergun approach to curing the child of the cancer, you obviously want to kill the cancer but it has a negative aftermath for the child. It’s like using a sledgehammer to crack a nut. I want to target the treatment to just eliminate the leukaemia cell, without harming the child.”

Professor Bond believes immunotherapy is the biggest step in research in recent years-“We’re now using something called Car T cells, they are genetically engineered white blood cells extracted from the patients themselves to attack the leukaemia cells. In practice, you take out the patient’s white blood cells, you process them and make them express an antibody for the leukaemia cell.

You then put them back into the patients and this has had really amazing results, particularly in children who have gone into remission. This form of treatment now has approval from the European Board of Medicine, so it should be used in Ireland very soon!”