The role of the arts in Ireland’s future is bright and safe.

Perhaps it’s a combination of our happy-go-lucky approach on life and our sense of humour, but in a world that’s expanding with darkness, Irish artists have an innate ability to create beauty and light through their unique rhetoric. No other contemporary artist resonates that more than Irish street artist Maser, whose efforts awarded him?the first of six ‘Hero Awards’ for his contributions to contemporary Irish art.

The award ceremony took place this morning at his new mural series titled ‘Interrupting Spaces’?on The Tara Building, which is a multi-display space for creatives and start-ups on Tara Street, Dublin 2.

Maser’s career (whose real name is Al Hester but has been working under the alias of ‘Maser’ since 1995) first started on the streets of Dublin where he gained a reputable reputation and high level of respect through his craft. His signature style is an experimentation of form and structure, and the final product is often?psychedelic in nature, thought-provoking, and undoubtedly beautiful. 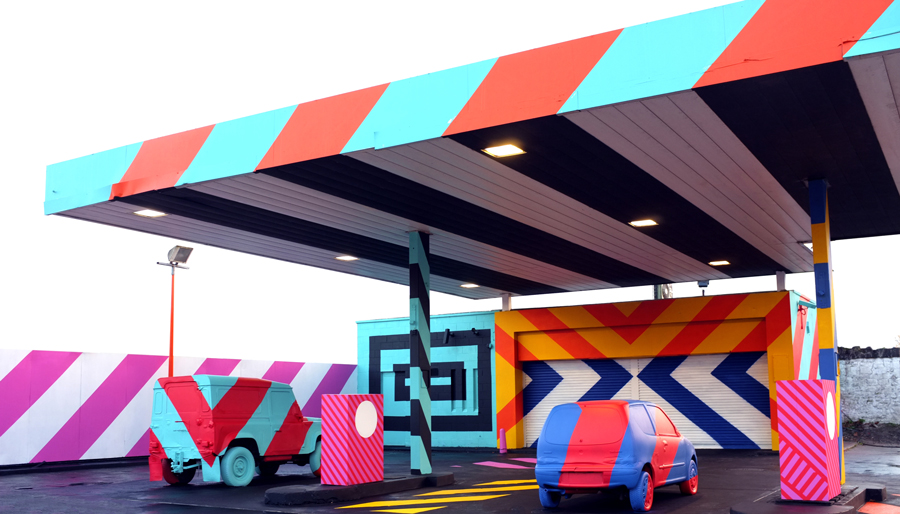 The artists’ public profile was pushed into the spotlight in 2016 after he?created the controversial ‘Repeal’ mural?at the Project Arts Center in Dublin. The piece was quickly painted over due to “planning rules” and its “political nature”, but it successfully gathered publicity and started conversations surrounding the need to repeal the eight amendment. In a weird turn of events, though, it successfully achieved its objective by being destroyed.

The awards were launched by?Guaranteed Irish,?a business membership organisation?who?identifies and celebrates enterprises who make a positive difference to our lives and our communities.

The remaining Guaranteed Irish Heroes will be awarded?throughout?2017, following a public nominations process. Members of the public are being asked to nominate individuals across the following categories:’sport, science, music, technology and food.

The next Guaranteed Irish Hero will be awarded in March for their contributions to sport, with the remaining Heroes to be announced every two months following: science in May, music in July, technology in September and food in November.?To get involved and to nominate your Guaranteed Irish Hero, simply log on to?www.guaranteedirish.ie or you can nominate and follow the campaign on social media with the dedicated hashtag #GIhero.

?A few weeks ago Meryl Streep told us to take our broken hearts and turn it into art; a message that resonates with us more than ever.