Ione Wells, The Woman Changing The World For Assault Victims

If any of the content in this article affects you, feel free to contact the?Dublin Rape Crisis Centre.

Earlier this year Ione Wells set the internet on fire. The young Oxford student and journalist penned an open letter to a young man who attacked her on her way home and was subsequently arrested. The letter was shared across the world. Ione waived her anonymity to write a searing account of the assault and how she refused to feel any stigma as a result of what happened to her. The 17-year-old man who pushed Ione to the ground and ripped her clothes off her in between kicking her body was sentenced to a year’s detention in May.

Ione is speaking as this years Amongst Women series of talks at the Lughnasa International Friel Festival. We caught with her for a few words on her current project, #NotGuilty, a campaign to help victims of sexual assault not feel any blame and to promote education on consent from an early age.

Your letter to your attacker was such a powerful piece of writing. Most young women I know shared it online. What are your thoughts on labels and descriptors like ?brave??

I felt incredibly encouraged by the generous support of those who were backing the campaign. I similarly would call all the other survivors of assault brave for speaking to others about what happened, and managing to be where they are today despite everything that happened to them.

However, I would say that it is important to remember that labels can’t ever tell a whole story. Just because somebody is brave or strong, or speaking out about something that happened to them, it doesn’t mean that they won’t still be in need of support too or are completely ?over it?. It is okay to be brave and still struggling with some things, as long as others can recognize that too.

As a result of the letter and your experience you’ve launched the #NotGuilty campaign. It’s got such a positive momentum on social media. What are the immediate and long-term plans for the project?

There are several projects I have been lining up for the campaign. In the immediate future, I am using the campaign to provide consent workshops in schools. I have also teamed up with a Consent project in Cambridge and we are designing support leaflets to issue in Freshers packs at universities across the country. Writing workshops for survivors of assault are something that I have started running too in partnership with the My Body Back project, and I hope that the campaign can continue to develop new support networks like these.

I have several conferences and talks lined up too, and I hope to keep writing and speaking about these issues to continue raising awareness about them, as well as encouraging others to speak out through the campaign and its website. I’ve been really encouraged by the momentum of the Shared Stories project on the site, allowing so many others to get their voice heard. In the long term, I’d like to expand the campaign to other parts of the world. The campaign has had contributors from all around the world, but the practice work and support groups have only been based in the UK and Ireland so far and I want to extend the support and awareness as far as possible.

Do you think you’re reaching the people you need to?

Some of them, yes, but not all. I am encouraged by the amount of people who have been affected by assault in some way, directly or indirectly, who have been reached and helped by the campaign. But assault is so common that there are many thousands of voices out there waiting to still be heard. Many people feel afraid or ashamed of reaching out to networks of support and help, or simply do not have access to the Internet or other ways to contact support, and so there is still a huge amount of work to do. I hope that we can reach both survivors of assault, and their communities, to offer support – but also send a clear message to potential perpetrators to show the devastating impact that assault can have, and hopefully deter some of this kind of behavior. 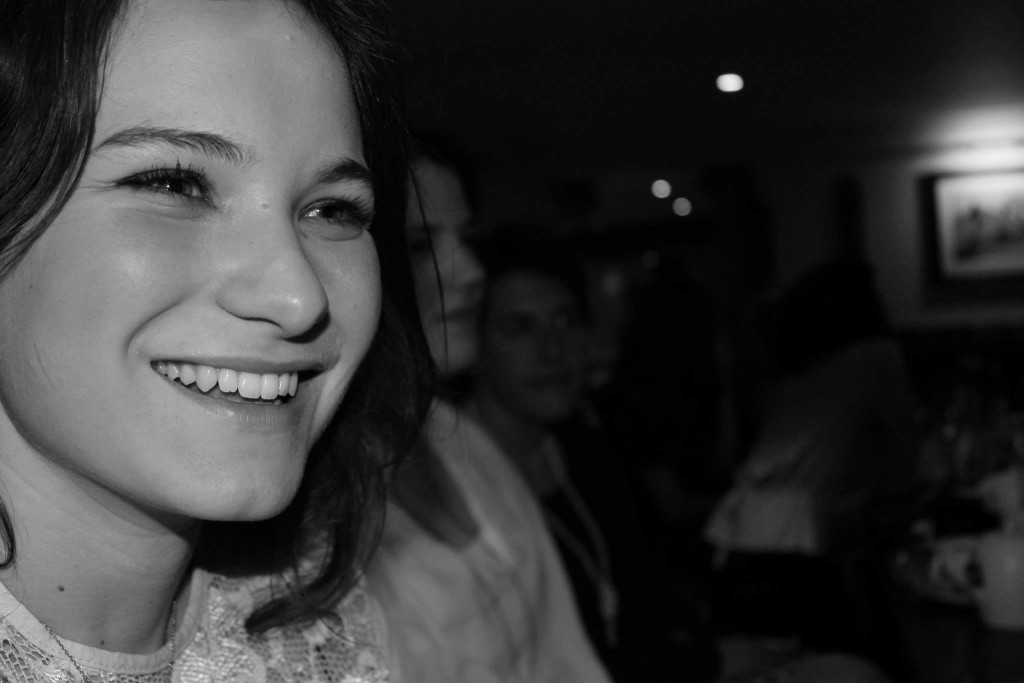 The past few years have seen a crescendo of victim blaming. From that incident in Toronto that spawned the Slutwalk movement to fans of certain male celebrities defending their acts of violence against women on social media and some pretty saddening cases where victims are asked about their entire sexual history in court – it’s been a depressing time to read the newspaper. How do you keep your spirits up that this way of thinking can be changed?

These cases are still horrifically prevalent, and there is a huge amount of work to be done. I do keep positive about attitudes changing, however, when I see the increasing backlash towards these sorts of attitudes.

Examples such as the response and outrage towards Judge Cadbury’s comments about a woman ?putting herself in a vulnerable position? by drinking showed that people are increasingly unwilling to tolerate these kinds of attitudes, echoed by campaigns similar to #NotGuilty such as the #notaskingforit campaign.

I also feel encouraged to see that many people who have submitted to #NotGuilty say that they used to blame themselves for what happened, but the more stories they have read like their own the more they realize that they cannot be blamed for someone else’s abusive actions. I hope that these feelings will increase both amongst survivors and within their communities as discussion surrounding assault becomes more open and more common.

There are a lot of emerging campaigns looking at consent – recently the Ministry of Defence in the UK ran one. What do you make of these type of campaigns? Are they working?

I think that more campaigns that are raising awareness about the need for consent can only be a positive thing. I do think, however, that these campaigns need to be targeted at individuals from an earlier age.

Unfortunately, the attitudes or tendencies that lead to assault can develop much earlier than the age range that many of these campaigns are targeted at – hence I am really pushing for more education of this nature in schools. I also think that, in order to be more effective, these campaigns need to include more about how consent isn’t a case of simply ?yes? or ?no?. ?Yes? once doesn’t mean ?yes? always, a relationship or marriage doesn’t equal a ?yes? to sex every time, the absence of a vocal ?no? doesn’t necessarily mean that they said ?yes? either – all these sorts of scenarios need to be talked about in the context of consent.

You’re a journalist and an English student at Oxford. Whose writing do you turn towards when you’re looking for a bit of a literary light bulb moment?

I love Virginia Woolf’s essays and musings and have been known to underline whole chapters of quotes to refer back to again and again. Though her novels are also amongst my favourites, many forget how great a writer of non-fiction she was, and her ability to grab a small point of interest and illuminate it in so many different ways is remarkable.

I’m also very inspired by seeing the extraordinary in the every day, and love dipping in and out of The Moth: 50 True Stories that came out of a fantastic story-telling phenomenon in the US. Anyone feeling disheartened by life’s routines, or in need of inspiration, should read it!

Ione Wells is taking part in the Amongst Women series of talks, which are part of the Lughnasa International Friel Festival programme, where she will be appearing in conversation with Everyday Sexism founder Laura Bates on Saturday August 29th at 2pm in Elmwood Hall Belfast. These two feminist forces of nature will’discuss the power of online campaigns and how social media can change women’s lives and influence politics.