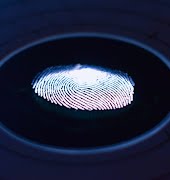 We had a major girl-crush on Brie Larson last week and were delighted to see her nominated for an Oscar for her performance in Room, truth be told this California girl hasn’t made a bad step yet, and her role in Lenny Abrahamson’s Room is set to make her a megastar. Kate Butler catches up with her in London to talk childhood memories and maternal instincts.

Brie Larson is about to become a star. Not just any old girl-of-the-moment, ?they’ll forget your name soon? kind of star, but a proper, world-class Hollywood great. Up to now, you might know her from supporting roles in Amy Schumer’s Trainwreck or Toni Collette’s United States of Tara, or perhaps from the buzz in 2013 that surrounded her lead role in the indie film Short Term 12. From now on, you’ll spot her in top billing, in films opposite Danny DeVito, Steve Carell, Tom Hiddleston and Cillian Murphy. The gamechanger, however, is Room.

Playing the lead role in this story about a teenager who’s abducted and imprisoned in a shed, and then gives birth to a child who she brings up in the direst of circumstances, Larson has taken on one of the most challenging roles for a young actress and carried it out with a riveting humanity.
Room is something of an Irish mafia production. Directed by Lenny Abrahamson (he of What Richard Did and Frank), the screenplay is by Irish author Emma Donoghue – based on her bestselling, award-winning novel – and is produced by Ed Guiney of Dublin’s Element Pictures. Since going on the festival circuit last autumn, the film has been liberally sprinkled with audience prizes, while reviews in the US have been raves. 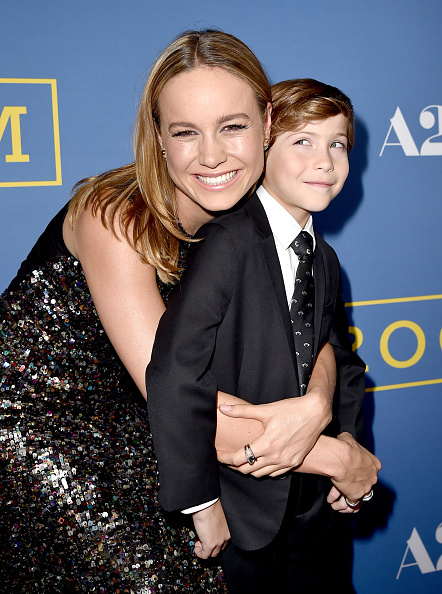 Larson, seated in a London hotel and cool in ice blue wool, has movie star poise. But she’s a different breed. At 26, Larson seems to have it all figured out. While still a teenager, she released an album of pop punk called Finally Out of PE. She writes and directs her own work – her short film The Arm, co- directed with Jessie Ennis, won the Jury Prize at Sundance in 2012, and she co-wrote and co- directed short film Weighting with Dustin Bowser in 2013.
Raised in Sacramento, California, Larson is a vegan, sister-lovin? smart girl – she’s best friends with Shailene Woodley, who said they made a pact ?to pick films that are honest and not detrimental to girls? – who talks about the things she loves, including mythology, with a wide-eyed sincerity and analytical intelligence.
Typically for an actor, Larson was intensely shy as a child, but more unusually, she asked to be home schooled. A selection of video tapes at home became a source of fascination: ?I’d burn through our VHS tapes of all our kids? movies – Pocahontas, Sleeping Beauty, Sesame Street,? recalls Larson. ?My mom had a VHS of Gone with the Wind and Fried Green Tomatoes. I became obsessed with Gone with the Wind and would do recreations of it.?
When, at age six, she told her mother, ?I know my dharma – I’m supposed to be an actor?, her mother was understandably a little cynical. ?She tried not to laugh because she thought,
?She must be repeating something because there is no way this is possible. She doesn’t like to talk to people, so why does she want to do this???
They struck a deal: Larson would do a year of drama lessons, and after that, her mother would help her go to auditions. By the time the year was over, Larson was doing local plays and performing monologues at showcases.
?I was really expressing myself and opening up in this way, except still, if my parents? friends came over for dinner, I would go hide in my bedroom. Most of my life has been this dichotomy that I’ve tried to wrestle with, where a performance for a group of people is really comfortable for me, but going to a friend’s birthday party gives me a panic attack.?
Abrahamson, who had seen Larson in Short Term 12, met her in Los Angeles when he was casting for Room: ?Brie has an incredible combination of intelligence and warmth. She also goes really deep as an actor, but never in a showy way. It’s never, ?Look at me, look at how incredible this performance is.? She just inhabits the character.
?Then in a really fundamental way that’s hard to unpack, you just get a feeling for a person when you meet them. With Brie, as soon as I got into that conversation with her, I didn’t want the conversation to finish.? 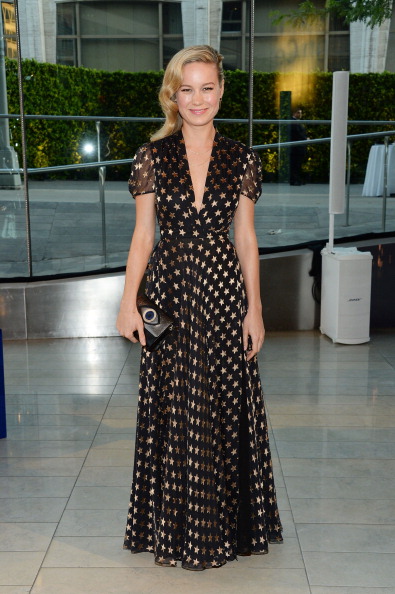 Measured and articulate, it’s clear that an interview is something of a performance for Larson, but there are few actors who go so far off script. She has spoken about how her mother moved with Larson and her younger sister to LA when they were just seven and four, to dedicate herself to Larson’s acting dream and bring her around to auditions.
The three of them lived together in a studio apartment and one night, Larson woke up to discover her mother sobbing – her parents were splitting up. Yet, she also remembers this as an incredibly fun time because her mother, who has a great imagination, was with them all the time.
It was complex memories such as these that came back to Larson as she was preparing for Room. She spent a month at home trying to sit still, seeing no one and doing or reading very little – allowing her to understand a highly charged emotional experience from the perspective of a child as well as an adult.
According to Abrahamson, Larson’s ability to draw on her own experience was key to creating the character of Ma: ?Brie is a thinking person. Using one’s own experience, however, you need to reconfigure it to fit this different imaginative situation – that’s really where the work gets done.?
Room is a beloved book, told through the voice of Jack – played by the wonderful Jacob Tremblay – a five-year-old boy who has grown up in a 10×10-inch shed, which his Ma (Larson) has pretended is the entire world. Telling the story from the child’s perspective focuses it on the parent and child bond, the importance of place to give us a sense of the world, and the stories we create to protect us from outside malign forces.
The film version, meanwhile, is a powerful meditation on the meaning of home, which also conveys the intensity of living with loved ones at such close quarters.
?It reminded me of when I was about ten, my sister six, my mum remarried and they had the grand idea of getting an RV [recreational vehicle],? says Larson. ?They thought this was going to be a great experience, of us traveling together, but after day one, we all wanted to kill each other because there’s just not enough space. Like, ?I love you, but if you elbow me one more time …?? 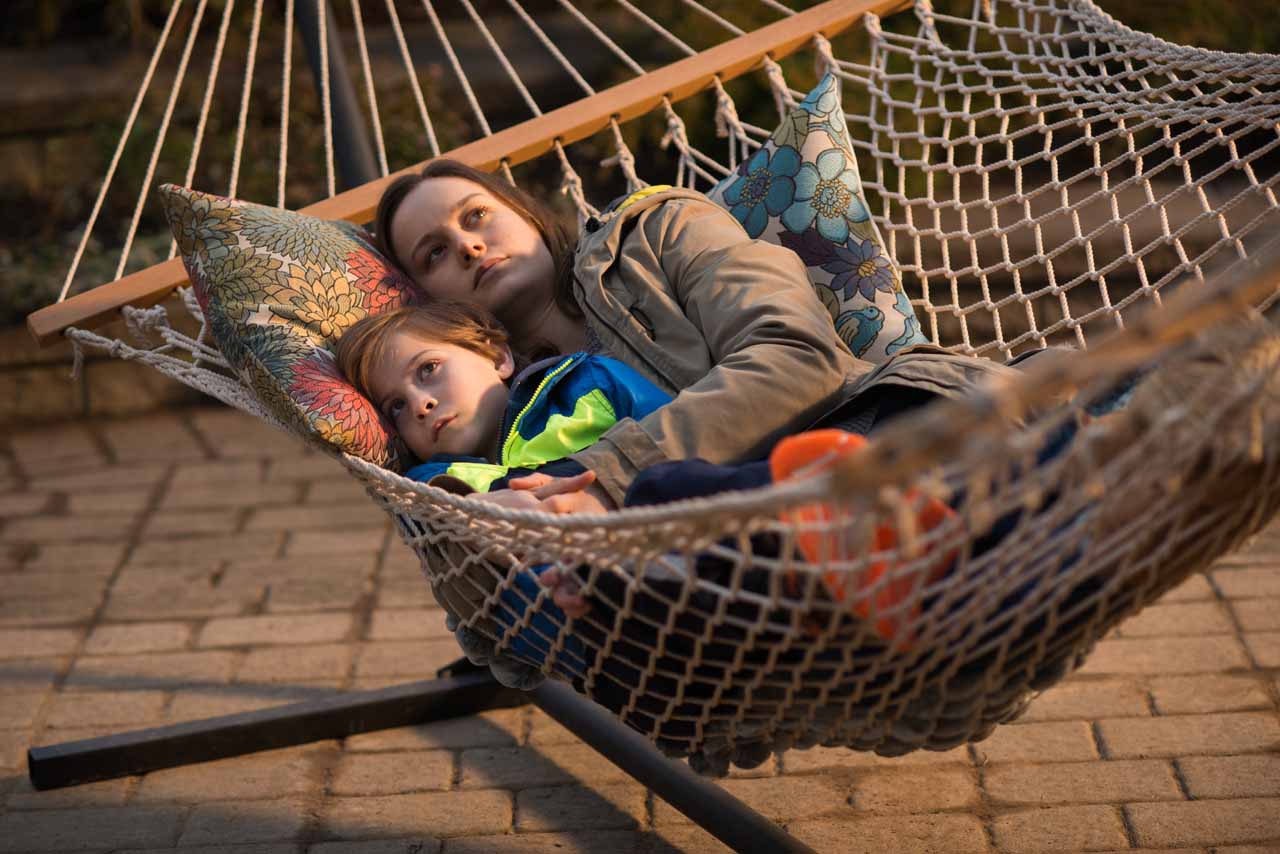 Although triggered by the Elisabeth Fritzl scandal in Austria in 2008, Donoghue’s tale, sadly, has ongoing resonances: in Ireland, we are faced with the nightmare of the Mother and Baby Homes, the Magdalene Laundries, and contemporary domestic slavery and human trafficking. Across the world, there are 5,000 Yazidi women and children held in sex slavery by ISIS, while 219 of the girls abducted in Nigeria last year are still lost to us.
But as much as there is social relevance and a warranted intelligence to the film, there is no getting away from the emotional punch either. It opens in darkness, with just the sound of a soft breath. It somehow conveys all the horror that underpins the story. 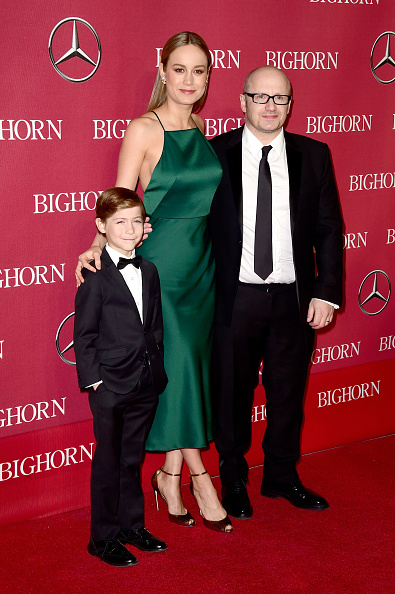 As extraordinary as Larson is in the film, her performance is intrinsically connected to that of Tremblay’s Jack. The actor was just eight at the time of filming. Was there a sense that he needed to be protected? ?Kids don’t look at what they don’t want to look at,? says Abrahamson. ?It’s an amazing skill. In the same way that they start suspecting there’s no Santa, they really don’t want to have that conversation with you until there’s no turning away from it. It was quite easy to protect him – he could make sense of this in terms of fairytales – a safe, warm place in the middle of a dangerous forest where there’s some kind of monster character. That was enough for him. He wasn’t asking, ?Why does Old Nick [the character who abducted Ma] come every night?? He doesn’t want to have that conversation. Kids protect themselves as well as needing protection from us.?
There are few scenes as intense as when Ma is reunited with Jack after a short time apart. On the morning of the shoot, Larson joked with Abrahamson that she had no tears left to cry for this scene. Abrahamson brought her over to her mark and simply told her to run out – he didn’t say where Tremblay would be. ?After that, I have no memory of what happened,? says Larson. ?The next thing I remember is the producers putting me into a car and telling me to go home.?
A few days later, Amanda Brugel, who plays a policewoman, approached Larson, saying, ?Whoa Brie, that was mad. Are you OK?? Larson said yes, it was emotional, but she was OK. Brugel then said, ?No, I mean are you physically OK? You took off down the driveway, which was covered in ice, with no shoes on. Lenny asked us to chase after you to put a coat on you, but you were screaming at us, you wouldn’t put the coat on, and then you slipped on the ice. Then you dove into the car, where Jacob was, so hard you hit your head on the car door.? Suddenly, Larson realised where the bruises on her body came from. ?You spend all your time working and preparing for moments when you’re not present or conscious in any way,? she says.
As audiences of Room are finding out, however, it’s easy to know when you’re in the presence of a star.

Room is currently in cinemas nationwide.