Instagram’s founders have resigned from the photo-sharing app

Co-founders of Instagram, Kevin Systrom and Mike Krieger, have resigned from the company and will leave within a number of weeks. The pair notified their bosses at Facebook on Monday.

Instagram was purchased by Facebook six years ago for $1 billion, though both founders stayed on as chief executive and chief technical officer respectively until now.

Related: What is Instagram’s new ‘IGTV’ all about?

In a statement issued by Instagram, Kevin said, “Mike and I are grateful for the last eight years at Instagram and six years with the Facebook team. We’ve grown from 13 people to over a thousand with offices around the world, all while building products used and loved by a community of over one billion. We’re now ready for our next chapter. 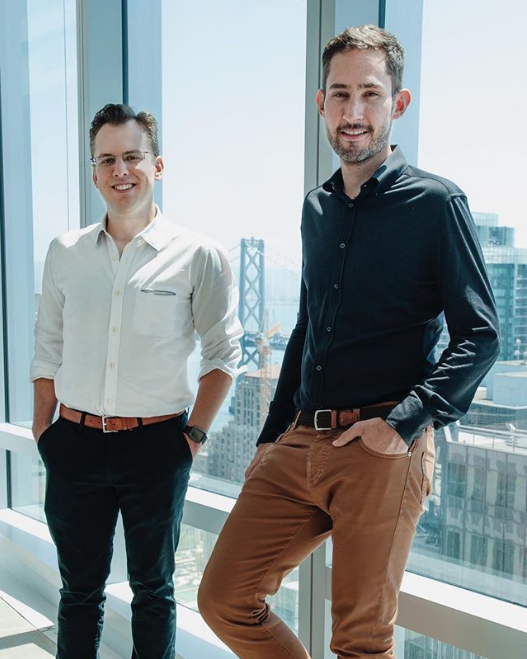 “We’re planning on taking some time off to explore our curiosity and creativity again. Building new things requires that we step back, understand what inspires us and match that with what the world needs; that’s what we plan to do.

“We remain excited for the future of Instagram and Facebook in the coming years as we transition from leaders to two users in a billion. We look forward to watching what these innovative and extraordinary companies do next.”

Kevin and Mike’s resignation comes as Facebook faces a multitude of challenges; both in terms of business growth and public relations.

The social media giant has been criticised in the past for being careless with users’ personal data. Earlier this year, news broke that 50 million Facebook profiles had been accessed by Cambridge Analytica, a data analytics firm hired by the Trump presidential campaign. Facebook founder Mark Zuckerberg was forced to address the controversy in March, saying in a blog post, “I’ve been working to understand exactly what happened and how to make sure this doesn’t happen again.”

Related: Does the latest data hijacking mark the death of privacy?

What’s more, MarketWatch reported Facebook’s stock was taking a hit because it is essentially “running out of humans”. When [almost] everyone already has a Facebook profile, it’s difficult to get user numbers to grow. The report also says the social media network lost $120 billion in market capitalisation in July.

Kevin and Mike are leaving the company just when Facebook needs them most, as Instagram is currently the brand’s biggest money-earner. Despite this, Mark Zuckerberg has wished them well. In a statement issued on Monday, the CEO said, “Kevin and Mike are extraordinary product leaders”, adding, “I’ve learned a lot working with them for the past six years and have really enjoyed it. I wish them all the best and I’m looking forward to seeing what they build next.”