Inside Justin and Hailey Bieber’s $8.5 million LA mansion for sale

Hailey and Justin Bieber bought their Beverly Hills mansion last year for $8.5 million, but the couple are looking to sell again.

They’ve only lived there for little over a year, but Hailey and Justin Bieber are looking for something new, as their LA mansion is for sale. The property that they bought for $8.5 million in March 2019, just after they got married, appears in the background of the couple’s many social media posts.

However, the couple are interested in selling, as in October of last year Justin started posting pictures of the home with captions indicating he wanted people to make him an offer. It has been reported that several serious offers have been made, but no sale has yet been confirmed.

The couple also have been posting from the house during lockdown, from skincare routines to TikTok routines and Jenga games, and from what we can see, it’s a pretty gorgeous pad.

The couple have also posted several longer videos to Justin’s Facebook page. In one they cook pasta together, and we get a great view of their beautiful kitchen. 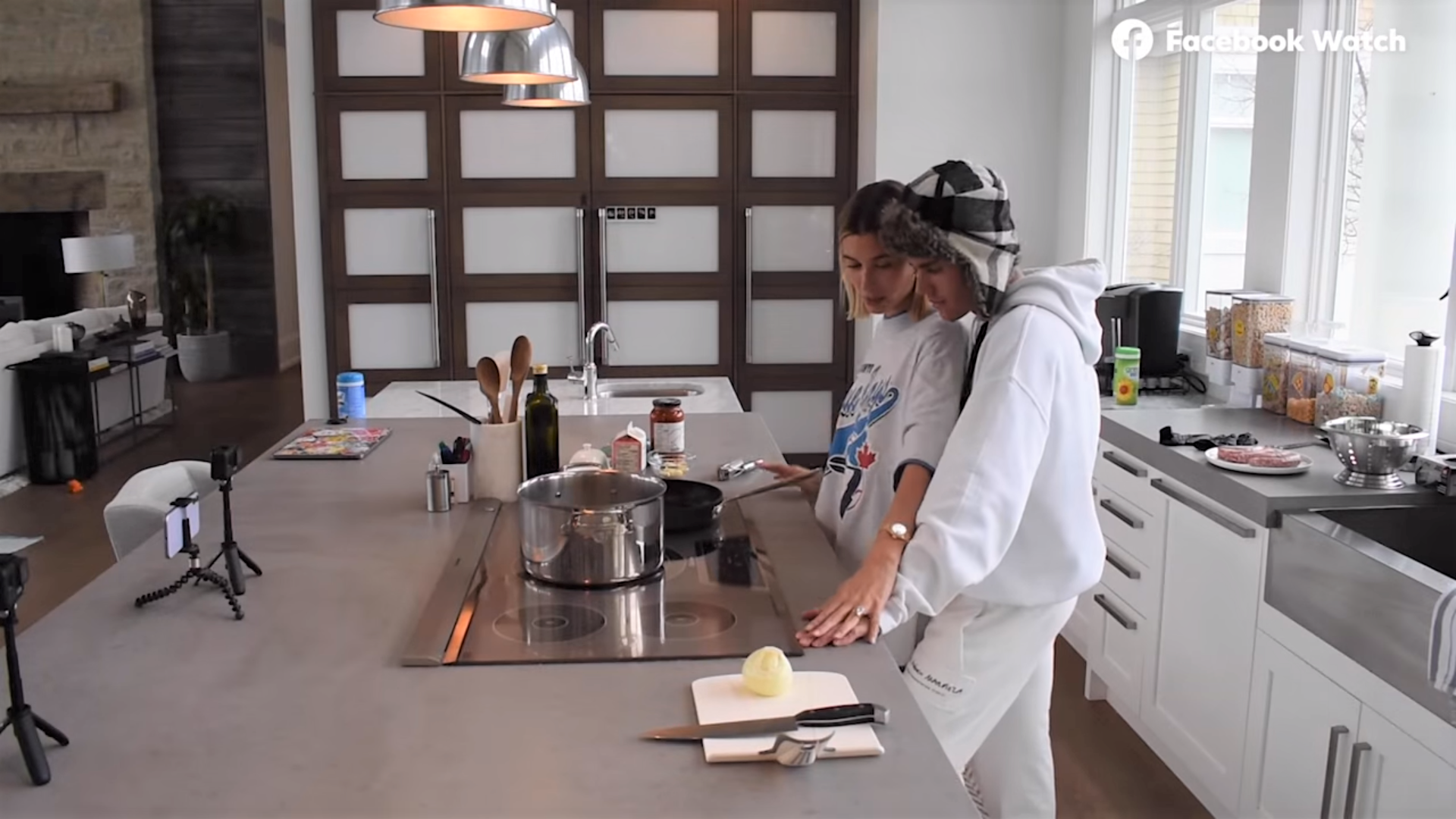 Not only is their huge kitchen island perfect for cooking together, with a streamlined hob, their floor-to-ceiling units have unusual wooden panelling, turning them into a real feature. Their pendant lights overhead fit in with the cool colour palette of white, grey and silver. 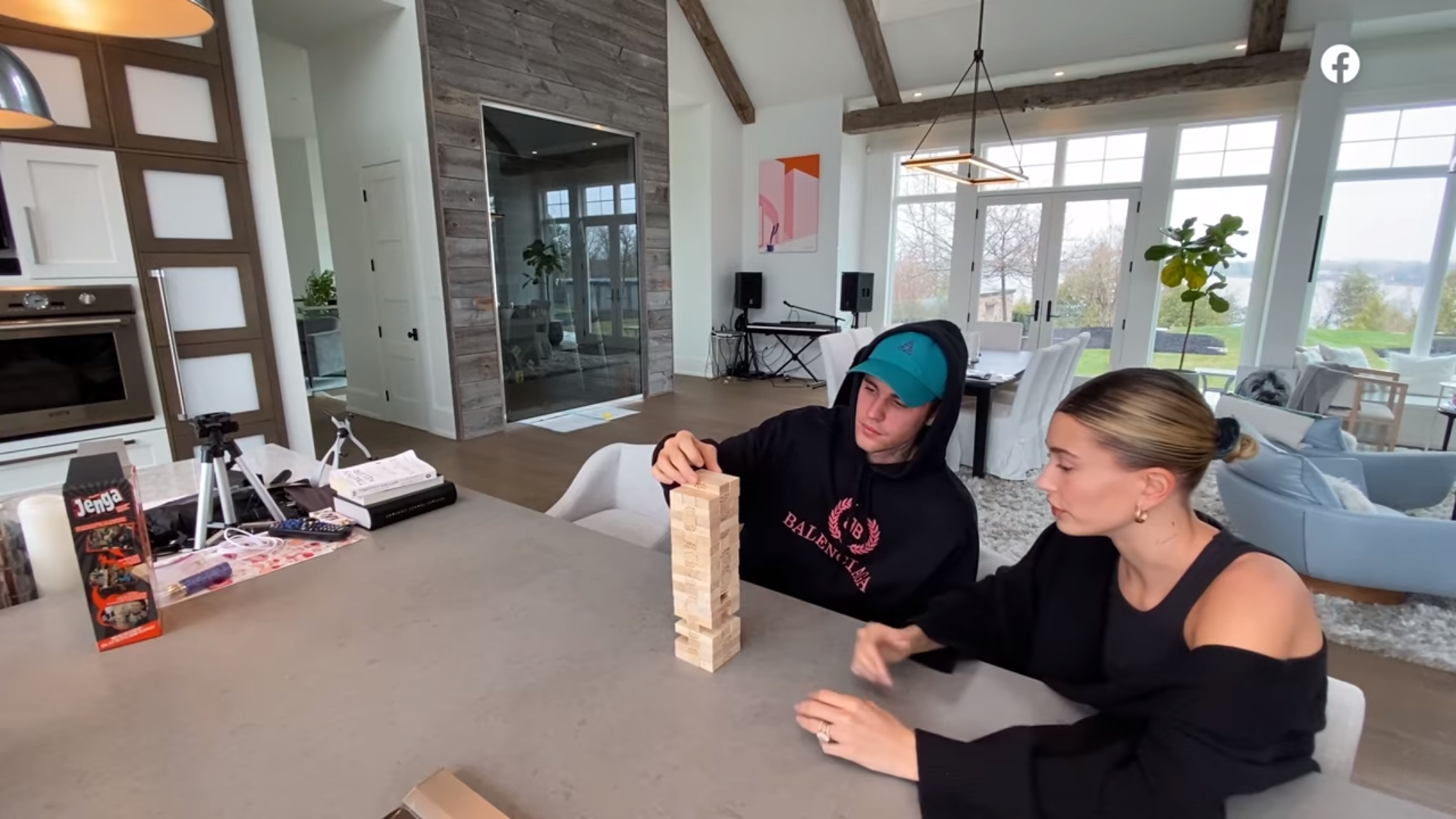 In another video where the couple enjoy a game of Jenga while discussing how lockdown has been affecting them, we can see more of their large open-plan kitchen and living area. Hailey says that being in each other’s space all the time, with nowhere else to go can be hard.

“I definitely miss my friends. I definitely just miss routine, like going places and doing things. Getting up and going to the gym every morning.” They also discuss how Justin was supposed to be on tour at the moment. 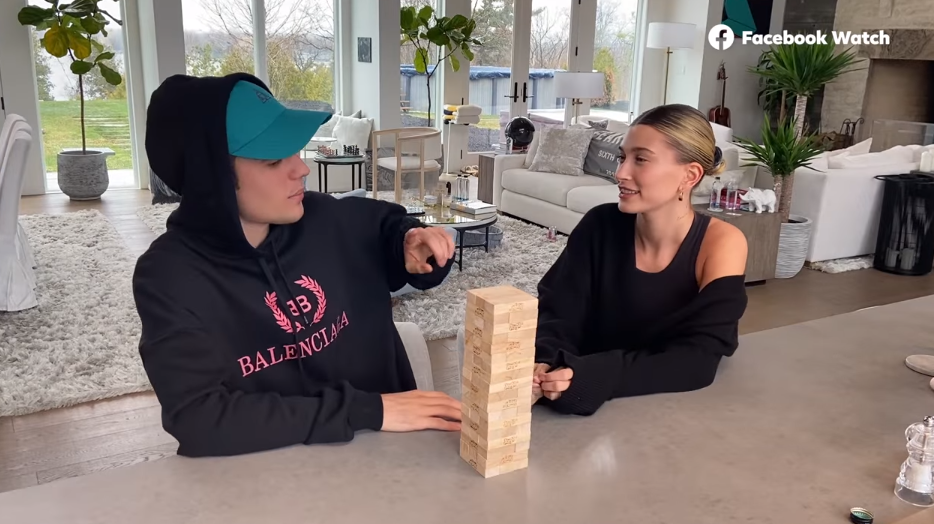 In the background, we can see their neutral colour palette has been continued into their living area, with thick pile rugs and lush house plants adding softness to the space.

Other glimpses into the house on the couple’s social media have shown a beautiful mirrored bath and plenty of KAWS sculptures.

Read more: Inside the Enniskerry villa that was Marianne’s house in ‘Normal People’

Read more: People are getting creative with their walls in lockdown and we’re dying to give it a go

Read more: Upgrade your tea break with these cool cups and perfect pots