This is how my Lyme disease diagnosis saved my life

When Amy B Scher received the news that she had late-stage, chronic Lyme disease at the age of 27, she thought her life would be forever changed. That part was true, but what she didn’t know was that in so many ways, it would change for the better.

For the past seven years, my body had been falling apart, sometimes via a slow decline and sometimes like an avalanche. I wasn’t even 30 and had the full-time job of trying to keep myself alive as if I was well into my senior years.

The formal names assigned to my suffering did not begin to convey the actual experience of it.

My medical conditions seemed too many to fit in my petite, five-foot frame: inflammation of the heart, autoimmune disease, brain lesions, encephalopathy, arthritis, chronic inflammatory demyelinating polyneuropathy, fibromyalgia, connective tissue disease, leukopenia and neutropenia, endometriosis, and more. But doctors said that none of them could be traced to a singular cause. The medical professionals often refer to me as a mystery.

The formal names assigned to my suffering did not begin to convey the actual experience of it. Over the years, there have been hundreds of symptoms, each playing a part in destroying not only my physical self, but the rest of me as well: exposed nerves in my limbs ring with pain and no rhythmic pattern to warn when the worst would come; bottomless fatigue so heavy it was too much effort to move my lips and speak; dangerously low blood counts forcing my immunologist’s insistence that I not leave the house; and the list went on. No organ or system of my being has been spared.

Related: “Every day is a bad day” My invisible battle with Lyme disease

Eventually, the reason for my health decline came in the form of what I called my “jackpot diagnosis” – the one I had waited for in order to get the proper treatment and move on with my life. I had late-stage, chronic Lyme disease. A tiny tick that infected my entire system with a dangerous bacterium had unknowingly bitten me. Most people don’t know they’ve been bitten and don’t have the typically recognised symptoms of a bulls-eye rash, fever, and flu-like symptoms. At first, having an explanation for my suffering in the form of an accurate diagnosis provided exactly the relief I had been looking for. I rejoiced with friends and family that the mystery was behind me and I could move onto treatment; and eventually, move on with my life.

It was only when I ran out of all options, and against my doctors’ wishes, that I sought a radical and unproven stem cell transplant in India. It would either kill me or cure me, but I needed to try.

It was only as I learned about Lyme disease that I became even more frightened and confused than I had been before. With specialists disagreeing on a treatment plan and treatments being largely unsuccessful for the late-stage form of the disease, I worried my 27-year-old life would never be the same again.

It turned out, as is common with Lyme disease when not caught early on, the infection had done major damage to all my body systems. Fast-forward through years of failed treatments – from heavy-duty antibiotics to experimental treatments to boost my degenerated immune system. It was only when I ran out of all options, and against my doctors’ wishes, that I sought a radical and unproven stem cell transplant in India. It would either kill me or cure me, but I needed to try.

Patterns in my life

The stem cell treatment contributed to the repair of my body; but it also became clear that it would likely take more than medical care to cure me. With breaths held hard, I turned inward to discover what I could change inside myself to help my failing body recover. I had no other choice. I couldn’t rely on doctors alone to fix me, like I had been doing so long before.

With emerging science and connections about the important relationship between our physical health and our mental health, I became open to looking at patterns in my life: my constant anxiety, feeling stuck in unhealthy relationships, being paralysed by fear of change, and pushing myself to succeed in order to prove my self-worth.

Little by little, as I paid attention to the inside of me, the rest of me healed, and the better my life felt – even more than before the illness set in. I got out of my toxic live-in relationship, transferred into a career I loved, met and married someone who loved me for who I was, and moved across the country. None of these things would have happened if I hadn’t gotten that fateful diagnosis pushing me beyond my unhealthy patterns of thinking and being.

It’s been more than ten years since my original diagnosis – the one I thought would be easily fixed so I could just move on with my life. And while the journey wasn’t what I imagined it would be, there is no doubt while looking back, that it’s been well worth it. 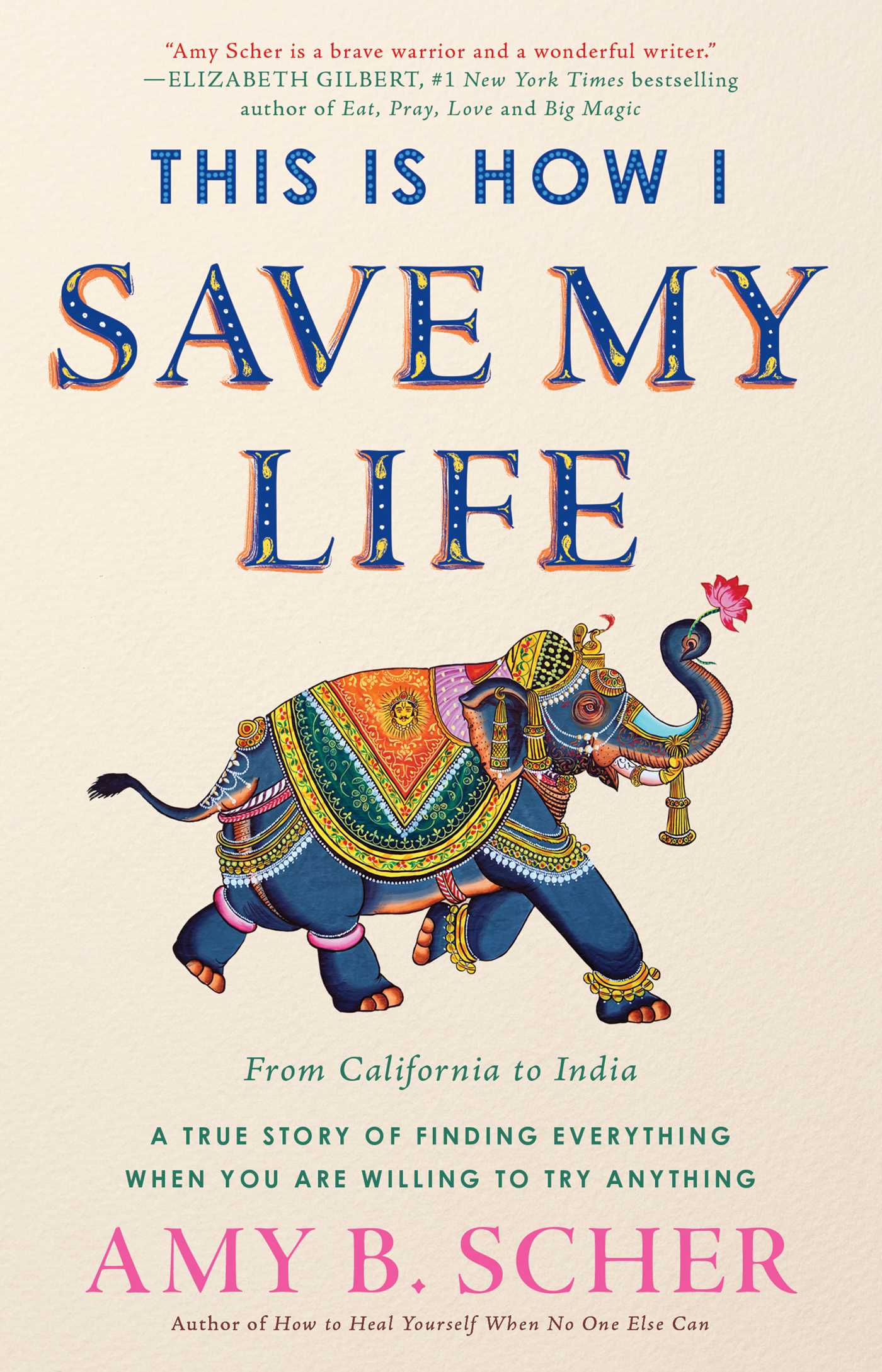 Amy B Scher’s memoir, This is How I Save My Life: From California to India – A True Story of Finding Everything When You are Willing to Try Anything (Simon & Schuster, approx €15) is out February 7.