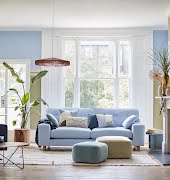 Every Sunday evening, a line curls around 26th Street in Chelsea, one of New York’s hippest districts. If it weren’t for the long queue of people waiting outside, you could easily walk past a nondescript doorway, and think nothing of it. But this is the home of the Upright Citizens Brigade Theatre (ucbtheatre.com), an improv comedy club where you never quite know what will happen. And neither do the performers.

You’ll find the theatre at the bottom of a narrow staircase, adorned with comedic trinkets and oddities (including a huge dolphin head springing from the wall). In amongst a few lines of chairs sits the small and simple stage, where you can catch bright eyed comedians performing for the first time, along with comedy legends.

Amy Poehler is one of those women who is universally adored, and rightly so. Her TV show, Parks and Recreation, is hilarious and her performances on Saturday Night Live were the stuff of comedy legend (check out her Sarah Palin rap, performed while heavily pregnant, if you don’t believe me).

She founded the Upright Citizen’s Brigade Theatre in 1999, along with three other comedians from the Chicago improv scene. It soon became legendary, and the best place in town to catch some stellar cutting edge comedy.

ASSSSCAT 3000 is the improvised Sunday evening show that always draws a crowd. As well as the core cast of members from the troupe, you’ll usually find the show gate-crashed by some familiar faces. Will Ferrell is a regular, as well as Tina Fey and Mike Myers.?It’s not just the potential for big names that make it so popular. The 9.30pm performance is free, and always has been. Tickets are distributed on the night (which explains the long line).

But even if you’re not around for ASSSSCAT, no other show is more than $10, with most around the $5 mark, which, along with bargain bar prices, makes for a great value night in a city where nightlife ain’t cheap.

Nicola Brady is a travel writer, and can be found blogging at Travel Pennies (www.travelpennies.com)