Jane Sanders is a former community organiser, college president and top adviser to husband, Bernie Sanders. Amanda Cassidy spoke to her about her motivations, family links to Ireland and ambitions for the future of US politics.

“The moment I saw Ireland from the boat, I finally understood that emotional connection everyone talks about. I used to dismiss it as silly when people called it their ‘motherland,’ and think it was terribly American, but now I get it.” Dr Jane O’Meara Sanders is smiling as she speaks to me about her extensive Irish connections.

The wife and senior advisor to former (and possibly future) US Presidential Democratic candidate, Senator Bernie Sanders is softly spoken but undeniably passionate about what’s important to her. “I am 96% Irish –  at least, that’s according to Ancestry.com”, she laughs. “I have the Murphys in Youghal, the Kings in Westmeath, O‘Mearas from South Tipperary and the Reynolds’ in Drogheda. I’ve always had a very strong sense of being Irish. I know it is naïve, but it seems that people genuinely treasure friendship and conversations with a warmth that is refreshing.” 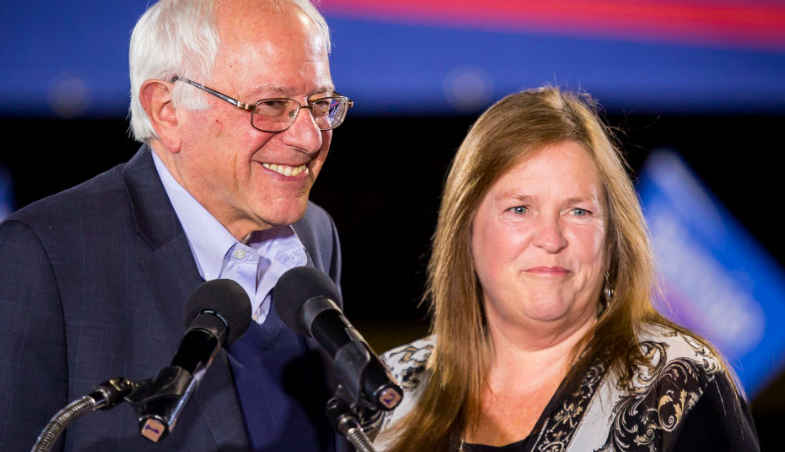 But there is nothing remotely naïve about Jane. Her career history is impressively crammed with hard-fought battles for social justice. Her politics match that of her husband’s –  Senator Bernie Sanders of Vermont. They were together for seven years before they married in 1988 and have a blended family with four children from previous relationships. Jane, originally from Brooklyn, in New York, has a doctorate (from the Union Institute), has she served as president of Burlington College, and through her work as a community organiser, started a teen centre, a daycare centre and after-school programs for disadvantaged children.

Sanders is unequivocal in her support for her husband’s vision – eventually working with him as a spokeswoman, policy adviser and chief of staff. She was once quoted in the American Spectator as saying “If I didn’t work for him, I’d never see him.”

All Trump, all the time

As part of her devotion to social justice, Jane Sanders came to Limerick for the I.NY festival – an event that celebrates the relationship between Ireland and New York. We speak about women’s voices in politics, and of course, what it was really like on the campaign trail with Donald Trump. “That is part of the problem”, she chides, “The fourth estate is not informing the electorate because they are only focused on the ongoing gossip and the latest scandal. When you turn on the TV, it is ATAT – all Trump, all the time.

It is worrisome, we really need to be involved in addressing the issues of importance and coming up with real potential solutions and answers.”

“When Bernie ran in the primaries, he talked about the issues relentlessly, and the media ignored him yet again because he refused to tear down his opponents. We don’t believe in tearing down people, we believe in offering a vision for the future.” 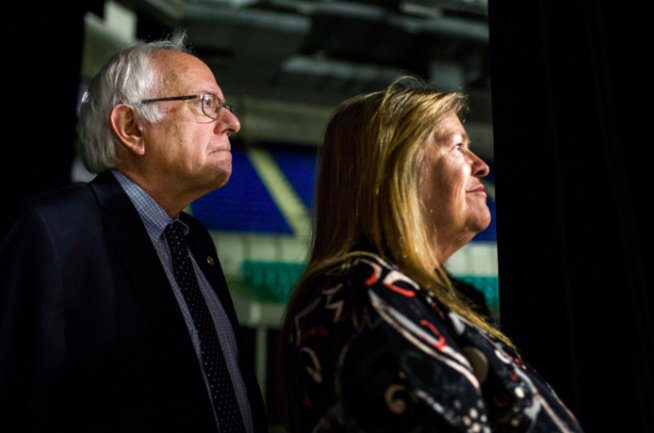 And she is right. We have become so obsessed with the scandal, the gossip and the drama of politics that we have started to take our eye off the ball when it comes to the issues that matter. We can blame the news, or Netflix, or our short attention spans, but it is refreshing to see the passion Jane and Bernie seem to bring to the real issues that affect people’s lives. “There is a lot to be concerned about. Around the world, democracy is endangered. The mission statement of The Sanders Institute is to revitalise it by actively engaging organisations and media in pursuit of progressive solutions and social justice issues.

“We believe that a democracy depends on an informed electorate, civil discourse and bold ideas and all of those things are in danger right now.”

But in an era of fake news, political mud-slinging and calculated misinformation, how do we get the world’s attention back in the room? “That’s why we are having the inaugural conference of the Sanders Institute,” Jane explains. “We will have some of the most progressive minds to visualise and actualise, to reach across generations and discuss, debate and articulate issues of concern and bold ideas and actionable solutions to address our country’s issues.”

It is going to have to be a very big and bold idea indeed if it is to make a dent in the current Trump reign. Jane says she worries that the traditional battle of ideas has become a battle of destructions. “Trump understood that there is a vast sloth of America that was not doing well and were increasingly suspect and distrustful of status quo…and rightfully so. I think that a lot of people felt that way – and it is something Bernie had recognised too from the start – people being left out of the recovery, those whose needs are not being addressed, people are not feeling secure and jobs being taken overseas.”

Could Bernie have won against Trump had things been different? Jane answers an emphatic yes. “All the polls showed taken in last several months of primary and then even up to the General Election, when the few that did put him in as if he was the candidate, showed there were many, many people who would have supported Bernie instead of Trump, because again, it would be a step away from the status quo. They thought he would fight for them and for the working people of America. So yes, I think he would have won. But that is not the way our system works.” 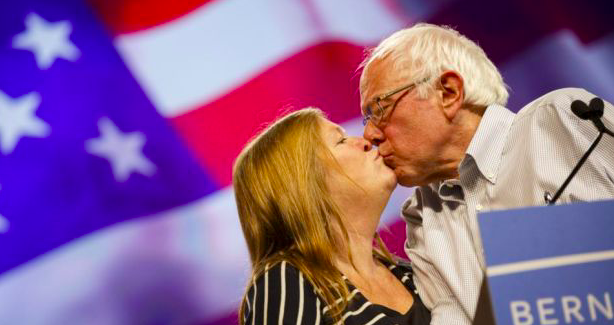 Jane says has no ambition to run for office herself, but is supportive of hearing more women’s voices across the political landscape. “I never judge a person by their gender or sexual orientation, by their race, or anything else. I judge them by what they are trying to accomplish politically and are they addressing the issues and not going to be swayed by corporate interests and getting the best person is what matters.”

“It is important to have more women’s voices, but they have to be the right voices.”

“From my perspective, I think they need to be progressive, women’s voices throughout Congress and we need a better percentage of that and it is happening, which is good but I don’t like the attitude which is becoming all too widespread in Trump Time – the attitude that you put people down, or putting down men in general, and I disagree with that as I had a wonderful Irish father, have a fantastic husband and an incredible son and grandsons .

So it is not something that I agree with in terms of saying ‘we just need women.’ I think there are a lot of women that are doing the wrong thing as well.”

So what’s it like to slug it out against someone like Donald Trump? Jane says they’ve met, but not to discuss anything specific. “Bernie and I went to the inauguration because that’s the appropriate thing to do as Senator.

“We have not established a relationship with Donald Trump because a number of people who have tried to establish one on specific issues come out of meetings thinking one thing then the reality is that it didn’t happen. That happened over and over again. People tried to work on issues thinking they could find common ground but how can you find common ground when it is always shifting?”

Of course, all eyes are on who can take on Trump, and win, in 2020. Jane’s answer is predictable tight-lipped. “Right now we are considering everything. We’ll see how it all goes.”

The most important race of our lifetime

“It is rather disturbing that the entire Republican elected leaders and Congress has just completed unconditionally supported Trump because of their own political calculations of how they will do if he fights them. Every time he’s taken someone on they’ve lost in the Republican primaries. My concern is that the Republican party has been taken over completely by Trump.

“I fear that his ethics, or lack thereof –  and values, or lack thereof –  are what is leading that party now and that is worrisome. Right now, I think everyone is focusing on the November elections because it is the only way to deal with the uncertainty and bigotry and all the concerns we have –  not only these issues but on how we are perceived as a country and how we are acting as a country.”

That importance of perception is also what Jane believes the Limerick-based, I.NY festival is generating. In Ireland’s case – a positive global perception. “I think what Ireland is doing in terms of bringing people from the US back to Ireland and allowing them to learn more about the politics is a very smart move.

I have started following Irish news and I know myself that I am talking a lot more about Ireland and Irish politics in my life. Inviting those back who feel a real kinship with this country is good for the economy. The more people love Ireland and Irish products, the more they think about it as a more powerful country even than they are. I think there are a lot of relationships that can be built.”

Building relationships is what Jane always says sustained her and her husband throughout their own political rollercoaster. “Seeing the hope and purpose on the faces of the people we met along the way – we couldn’t have done it without that. It finally seems that people in America now understand they have the power and they don’t need to think small anymore.

Read more: Who is Kamala Harris?

Read more: Why we don’t need Trump to tell us how to dress ‘like a woman’.