#IMAGEReads: 4 books we have on our social distancing must-read lists

We may be all practising social distancing but now is the perfect time to pick up a great book. Jennifer McShane discovers the books that deserve a place on your must-read lists as we begin a new season – even if much of it is indoors 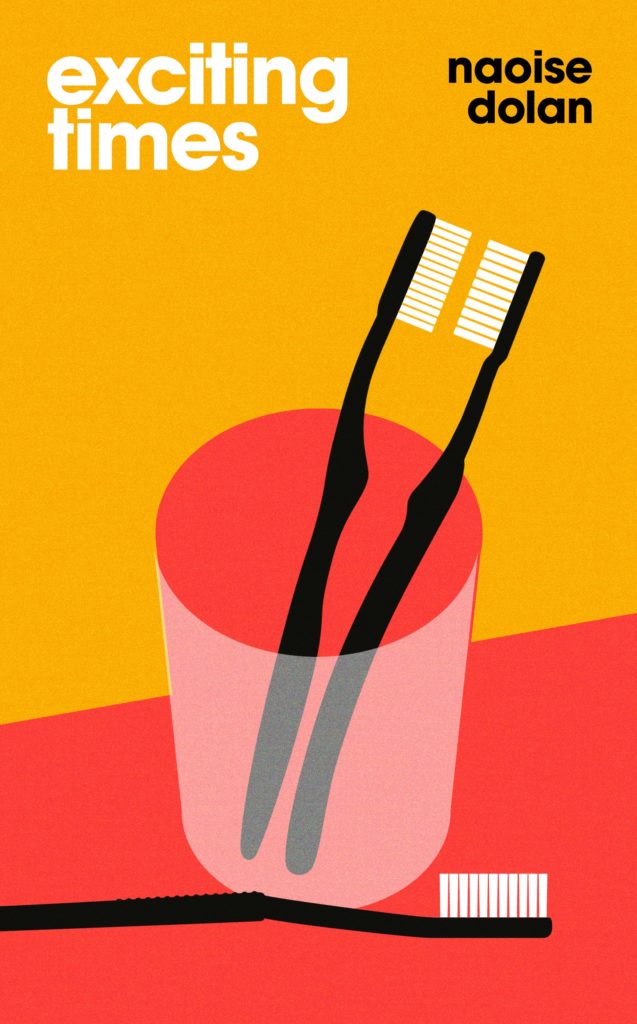 Naoise Dolan’s sparkling debut, Exciting Times (W&N, approx €15.99), is a book I knew I’d love before I’d read a word. On social media alone, Dolan’s Tweets make up perfect, pocket-size pearls of wisdom and social commentary, and her long-form fiction is even more digestible. We meet Ava, 22, newly arrived in Hong Kong from Dublin, who spends her days teaching English to rich kids. She meets banker Julian, an equally rich friend who quickly becomes someone she frequently has sex with, but who would rather stay single than say Ava is his girlfriend. Or say he loves her. Or say much at all.

Both are emotionally detached, and Ava might have remained so if it weren’t for Edith. A lawyer, she is the polar opposite to Julian: earnest and fully present. Quickly, the two women become an item. When Julian returns to Hong Kong after time away, Ava finds herself at a crossroads. The subject matter isn’t new, but Dolan’s skilful prose keeps the story fresh – female sexuality is depicted in a way we almost never see. Dolan’s one to watch. 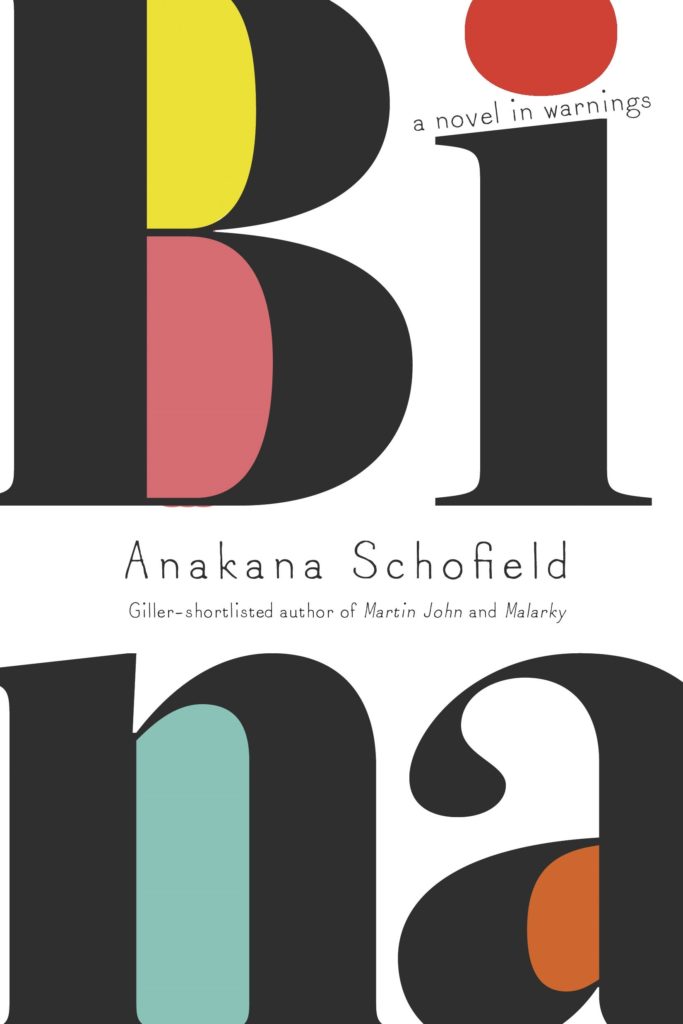 In Bina: A Novel in Warnings (Fleet, approx €14.99), Irish-born author Anakana Schofield tells the story of a septuagenarian woman captured on snippets of envelopes and other random papers. Stylistically, it’s an inventive structure for the book, which takes you directly into Bina’s – pronounced “Bye-na” not “Bee-na” – world. Her jottings are useful, she says, because she’s used to being ignored. We know she is an unreliable narrator; eccentric, this is her story, told often in single lines or scribbles as thoughts find her. Even she isn’t entirely sure what’s going on at times.

She’s alone, waiting, though her home is surrounded by a group of squatters she refers to as “Crusties”. Nothing is spelled out; Schofield’s skill is that the reader must work to find out exactly what’s what. Though we do know she’s worried about Eddie, her “sorta son”, and afraid of him too. We know her Crusties want to stop Bina from going to prison. It could be for any number of reasons, but is mainly down to the special sort of assistance she offers the ailing and suffering. Colourful, insightful and one you will devour. 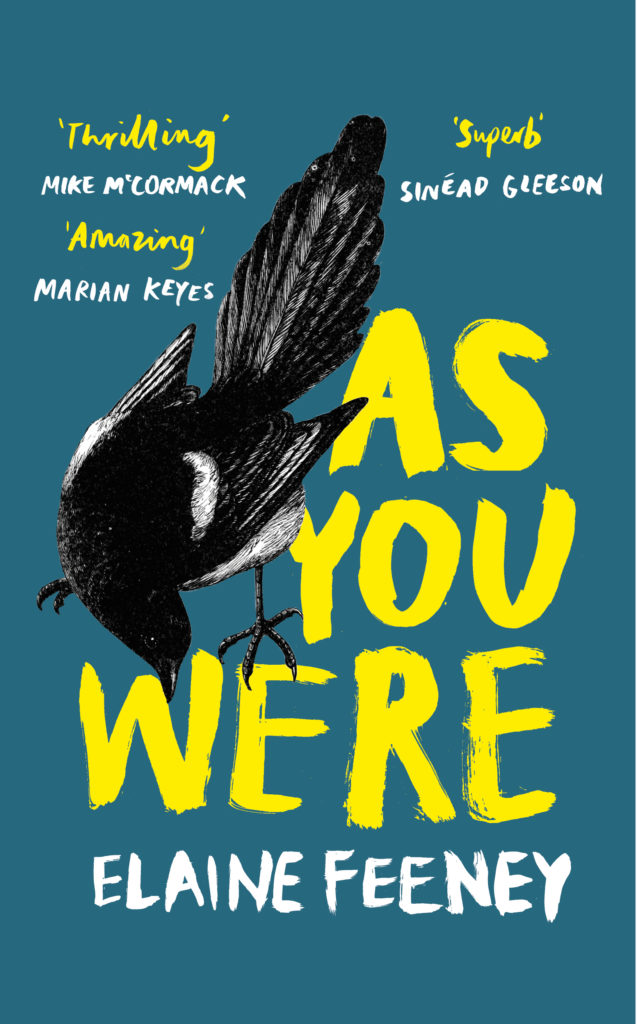 Elaine Feeney’s As You Were (Harvill Secker, approx €15.99) centres on Sinead Hynes, a tough, young property developer who receives a devastating diagnosis on the Day of the Magpie. She’ll tell not a soul she’s sick but that shiny bird, who knows her secret and will never tell. Oh, and Google. But she will be fine. Everyone always said she’d be fine. She keeps saying that word: Fine. Until, one day, she’s not. And it’s getting harder to keep it to herself. Her husband Alex thinks it’s an infection that’s caused her heart failure and landed her in a High Dependency Unit.

It’s months after the Magpie, and she still can’t tell him. Or her family. Or the strangers in the ward. Though the strangers are kind, particularly two older women, Margaret Rose with her rose-gold Nokia phone, and Jane who wants someone to listen to her, whom she’s come to rely on for help. It’ll all come out eventually. With three unforgettable female characters and prose that is imaginative and vivacious, I got to the end and wanted to go straight back to the beginning. A remarkable debut. 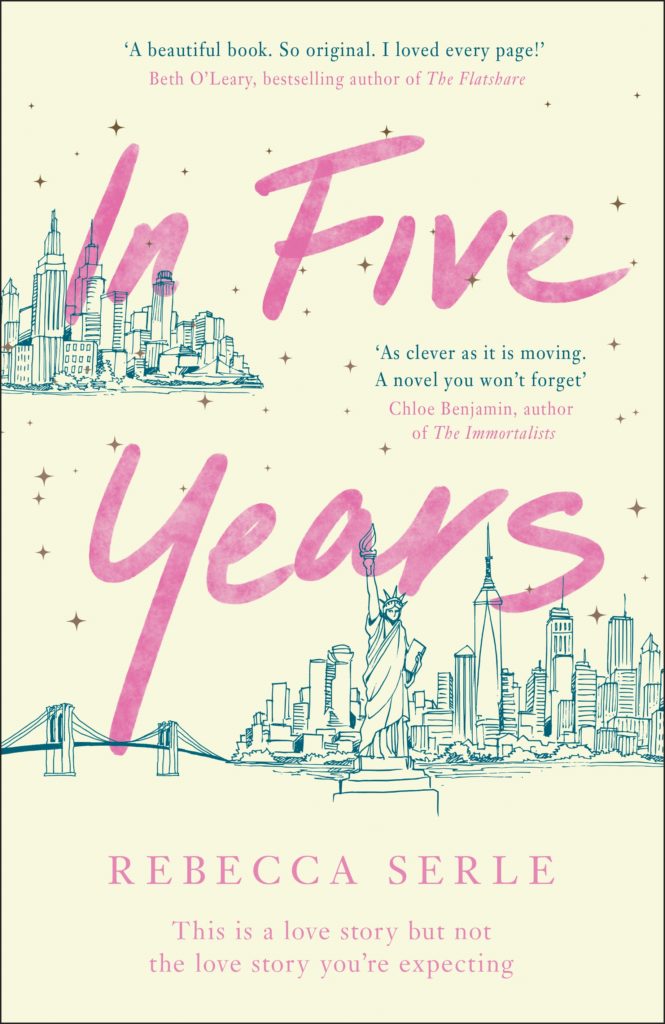 I’m not easily drawn to books professing to be the “biggest love story of 2020” but Rebecca Serle’s In Five Years (Quercus, approx €16.99) I found irresistible. It centres on a young woman who plans her life down to the minute, until fate gets in the way. At 28, Dannie Kohan lives happily with her boyfriend, David, and she expects to get married by the time she’s 30. Naturally, David proposes. After accepting the proposal, Dannie slips into a deep sleep and dreams of an alternate future. In her dream, it’s the year 2025, and she lives with another man, Aaron Gregory. She wakes, feeling out of sorts, and questions her idea of fate. One day, she meets Aaron, the man from her dream, and senses life might just have other plans. Surprisingly engrossing, this is one for your book club.