Did you get nominated for the 2017 Businesswoman of the Year awards? Ahead of the ceremony, we’re looking back at our previous winners and their incredible success thus far. Last year’s tenth annual IMAGE Businesswoman of the Year Awards once again shined a light on Ireland’s outstanding female entrepreneurs, start-ups, digital and management professionals, CEOs and social entrepreneurs. These are the women you’ll want to take advice from. In part one of our 2016 list, MEG WALKER meets last year’s winners to learn about their journeys to success. 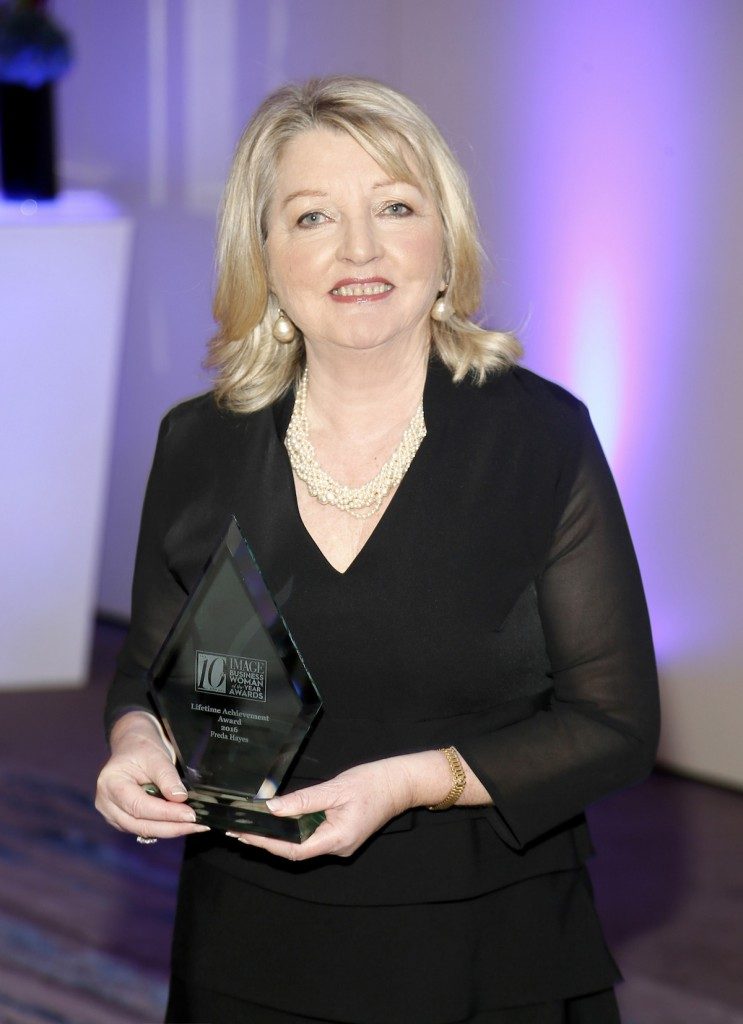 Freda Hayes’ acceptance speech at this year’s awards was nothing less than pure inspiration for the 800-strong audience. She spoke fondly of the time in 1967, when she was 16 when her father, the late Christy Kelleher, asked her to leave school and run a small craft shop in Blarney village.  “In those times, if your parents asked you to do something, you did not question it. So began my career in retail.” But tough times saw financial strain before the company purchased the old mill in Blarney in 1975, which led to the establishment of Blarney Woollen Mills. Freda’s father passed away in 1991, and a year later she left Blarney to start a new business, Meadows & Byrne; but in August 2000, she was invited to return to Blarney, and she merged the two brands to form The Blarney Group. Today, it employs more than 500 people across Meadows & Byrne, Blarney Woollen Mills, the Dove Hill Design Centre, Bunratty Castle Hotel and Blarney Woollen Mills Hotel, not to mention blarney.com and meadowsandbyrne.com. As she looks back on 50 years in business, what does she have to share with those in her wake? “The challenges of a new world order, political instability and Brexit will mean change, and we’ll all have to be prepared. Running a business is always tough, but there are added pitfalls in a family company. When there is friction, it has to be resolved.” Her husband, Colin, has been a great support. “He is my sounding board and my chief advisor, and without him, I would never have survived the rollercoaster years. It’s essential that you are able to share problems with your partner or trusted friend. They can take the emotion out of an issue and give clarity when it is most needed. But advice is exactly that: just advice- you have to make the final decision. It does help, though, to share the burden. Colin often says he has no need to go to the theatre, as he has enough drama being married to me.” 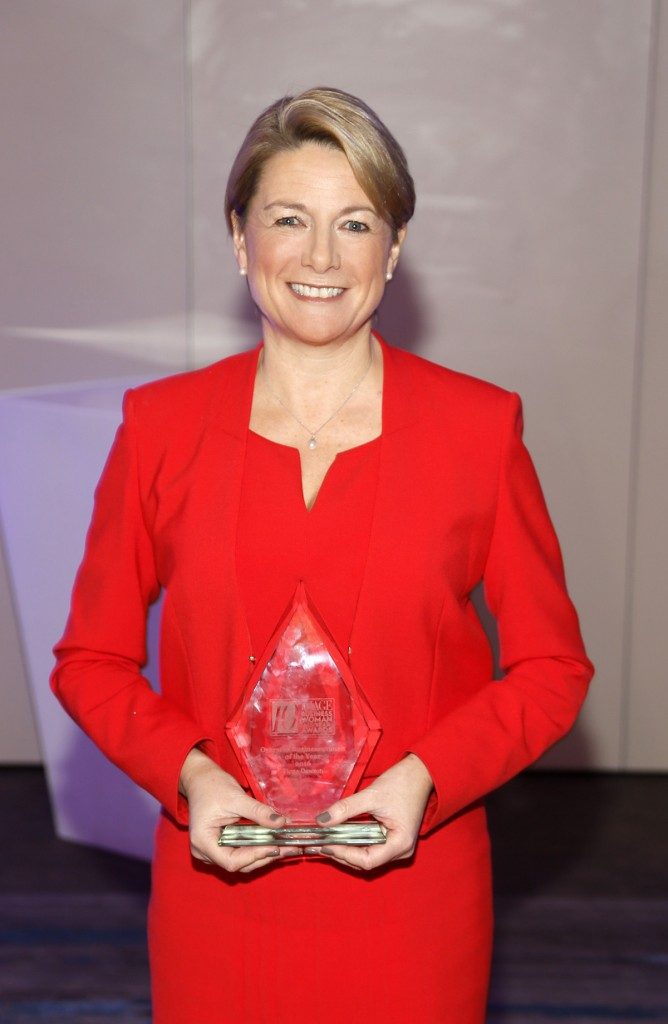 Fiona joined Mars as a graduate trainee in 1988 from Trinity College, and has held many different positions, including becoming the first female Irish GM in 1999, European marketing director, president of Mars Chocolate UK, and president of global retail. She now serves as global president of Mars Food, Drinks, and Multisales and is a member of the Mars Incorporated Leadership Team. She is based in Brussels, lives in the UK, and travels around the world. “Without a doubt, leaders need to have a strong sense of authenticity, so people can build trust; they’re transparent; they’re consistent with their actions; they need resilience. “We’re in a very volatile changing world, and you need to plan for the unexpected and not take things personally.” The greatest challenges? “It’s the people issues – it’s letting people go, giving feedback; but then that’s also the draw – you see people grow and develop. There are heroes everywhere, and that constantly amazes and delights me. You do have to develop a thick skin. When I was younger, I wanted people to like me, but it’s much more important that they respect your decision. Be true to yourself and your values. Sometimes we get stuck into things that we think we should do, jobs we’re good at and don’t enjoy, or companies whose values don’t match ours, and I think that’s a real mistake.” Dawson is passionate about corporate responsibility. “One of our challenges is the hidden salt, fat and sugar in people’s diets. You need to give the facts. It’s about integrity and trust, and what you do when people aren’t looking.” What does success mean to her? “In the early days, ambition was around progression and the job. Now, it’s about being a good mum, a good friend, a good sister, and all the multifaceted aspects of life. At the end of the day, work is just one part of it. Keeping that balance I think allows you to be a better leader.” 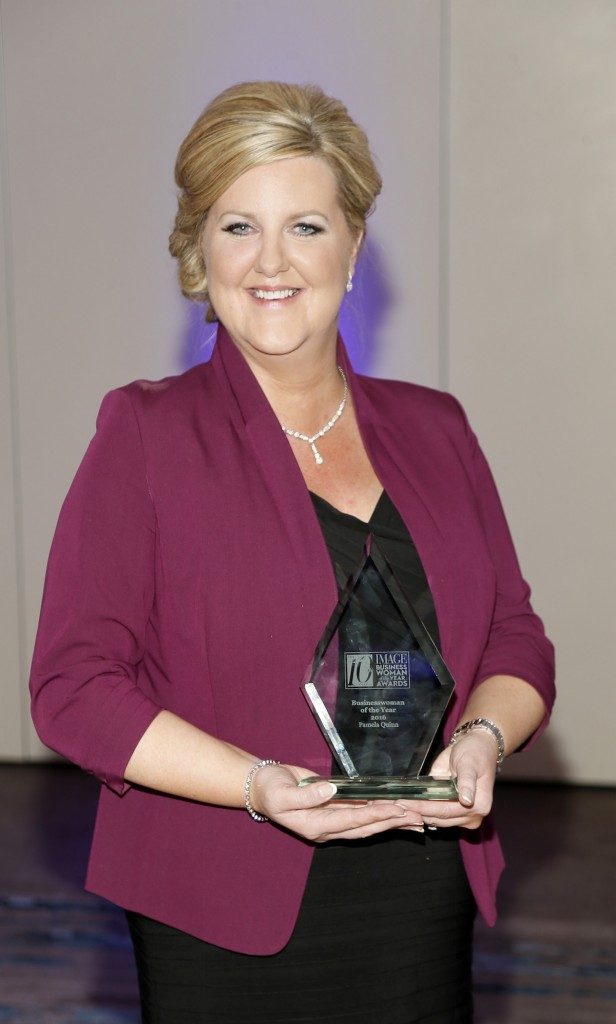 Pamela Quinn joined global freight and logistics giant Kuehne + Nagel in 2001. Initially in a financial role, she worked her way up to controlling the Dublin branch in 2007, at the age of 30, where she grew turnover and profitability in a three-year period by almost 100 per cent. In 2010, Quinn took full control of all-Ireland operations, and in 2013, became managing director. “You need to be passionate about what you do, have a clear vision, inspire your team and build a culture of trust across the organisation. And planning, collaborating, empowering others, quality communications and being decisive have served me well. In the 16 years I’ve been with Kuehne + Nagel, I’ve held various positions, and each time I’ve had to learn quickly and on the job. People expected I knew everything, and I often found myself without the answers. The best advice I could give is to be open about not knowing and ask for help. I don’t think it’s a bad thing to show some vulnerability. Some of my important learnings have come from other people. When I first took on the operations director role for our Dublin branch ten years ago, I had all men reporting to me. I made some decisions, which went completely against what they were used to. I had to have courage to stand by my decisions, and trust my instincts.” What advice does Quinn have for other women starting their careers? “You need to be clear early in your career about what position you are ultimately aiming for. Everything you do should be about that end goal, and this should drive you. Too many young people wait for a position to open up and then only try at the interview stage to convince someone they are right for the role. I believe performance and attitude throughout your day-to-day work is what will get you the job. Work for the job you want, not the one you have.” 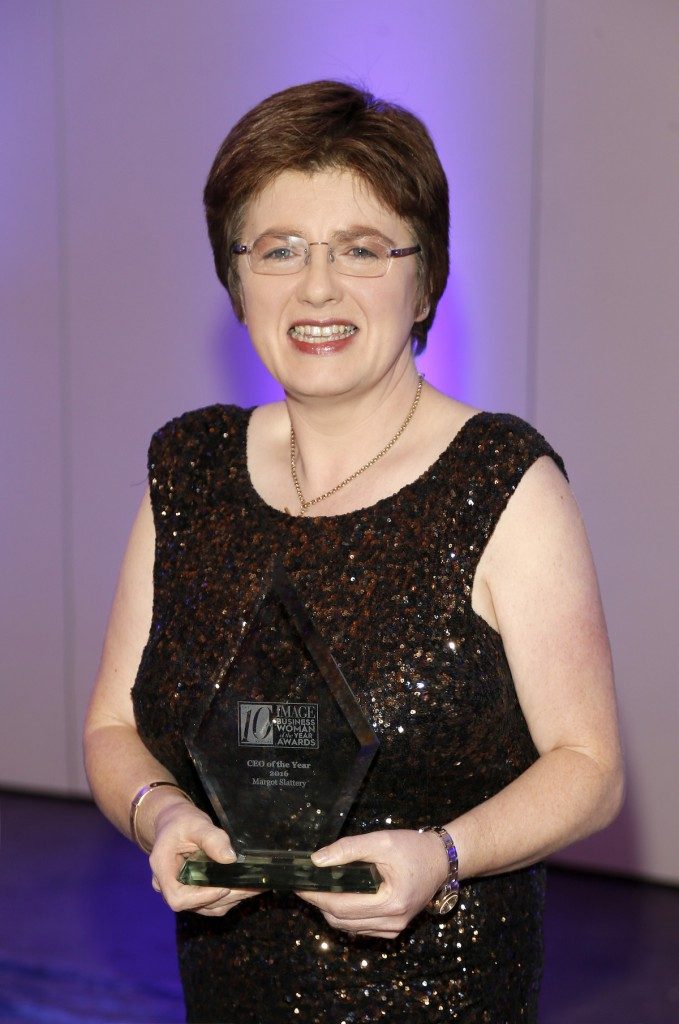 Margot Slattery has corporate governance and directorial responsibility for growing catering and facilities management company Sodexo’s business segments in the Republic and Northern Ireland. Since becoming MD in 2012 and country president in 2015, she has grown the Sodexo Ireland business by eleven?per cent?year on year. An active advocate, Margot represents Ireland on Sodexo’s Diversity and Inclusion Council and is a member of the leadership team for its global LGBT network. “My greatest challenge was becoming comfortable in myself and my sexual orientation in order to avoid letting that be something that stops me – coming out in work was a huge challenge for me. I had a very positive response -the hard part was facing my own fear.” Because of this, Slattery has become a strong advocate both within Sodexo and in the greater business community for equality and social inclusion and has dedicated herself to supporting others on their journey to bring the whole of themselves into their work. So what does Margot love most about her job? “People,” she says, which is just as well, as she oversees 2,100 staff .She also mentors other businesswomen through the Going for Growth programme. “More than anything, I’d advise businesswomen to go for it and not be hindered.” Margot’s partner, Dr Sarah Barry, PhD, a Trinity College academic, has been an enormous source of support. “We understand what each other is doing, and I think that’s incredibly important.” In 2017, Slattery would like to see further advancement in equality. “I think social inclusion, justice and fairness needs to be at the very top of the agenda for Irish companies. The talent we all need and want for growing Ireland is going to require that.” So what does she think are the keys to success and happiness in equal measure? “Don’t let there be barriers or boundaries to your abilities or creativity. And never be put down by anybody.” 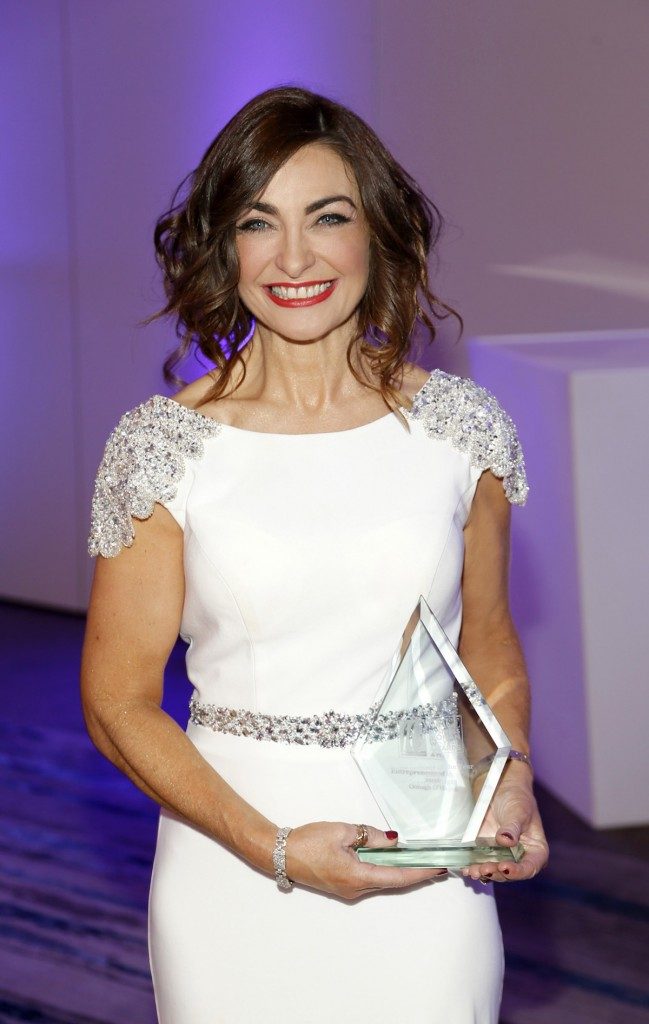 A trained pharmacist, O’Hagan’s journey into entrepreneurship was pretty organic. She bought Meaghers in 2001 from her boss, Pierce Meagher. “The moment I walked into the pharmacy on Baggot Street to begin my internship, I fell in love; with the shop, the community, but most of all the customers. I could see huge potential. I begged Pierce to let me know if he was ever thinking of selling. Four years later, I got that call.” Oonagh now presides over a team of 100 employees working in eight (soon to be nine) pharmacy outlets, plus online retail division Meaghers.ie. “There’s a lot planned for 2017. We’ll be opening our first Meaghers store outside of Dublin, and we’ve researched another few locations. And our online store will begin shipping worldwide.” O?Hagan mentors other businesswomen through Going for Growth, and firmly believes in corporate responsibility. “I feel businesses have a responsibility to give back to their customers and their communities. This Christmas, we wanted to help with the homeless crisis and launched our #Wrap4Homeless campaign in aid of the Peter McVerry Trust.” O’Hagan is also acting chair of the Preliminary Proceedings Committee in the Pharmaceutical Society of Ireland and sits on the Wholesale committee of United Drug Group. “It would be impossible for me to be able to run my business and be involved in so many other organisations without an incredibly talented and driven team. Years ago, I recruited on aptitude, selecting the people with the first class honours, who were best in their field. We have six core values in our business: customer first, family, community, expertise, innovation and positivity. Now, when we select someone to join our team, that’s what we look for. You can train anyone to have the skills to do a job, but if they don’t have the right attitude, it’s never going to work.”

CLICK HERE TO BUY YOUR TICKETS FOR THE 2017 CEREMONY