SONIA DEASY, the Irish co-founder of Pestle & Mortar talks to ROSALEEN McMEEL about the unusual path that led her to create a successful beauty brand with Global appeal.

Despite studying Greek and Roman civilisations in college, Sonia Deasy’s career path was to take a very unexpected turn on completion of her studies. When her father decided to take two year out of running his store in Kildare, the then 20-year-old stepped in to take the reins. ?That job was a springboard for everything I have done since and taught me that hard work pays off.? Working seven days a week managing up to 16 staff?was effectively an immersion course in the world of business. ?It taught me that I enjoy working… and that I’m definitely not a desk person.?

She followed this with a foray into the wholesale business alongside her brother before joining her husband Padraic in his family’s photography business. The couple bought his parents out and set to work. As a portrait studio, they had specialised in frames and finished pieces, but when the recession hit, they were challenged to adapt in order to survive. Building on Padraic’s highly respected expertise as a photographer, they responded to requests to educate photographers on how to run portrait studios. Travelling all over the world, the couple had found a means of survival, all while raising their ve young children.

The moment I decided upon the name, I had complete clarity – it was like the journey had begun. I found a compass.

The experience of working on so many shoots sparked an idea Deasy couldn’t ignore. ?I noticed when the make-up artists were preparing models before a shoot, they were using hyaluronic anti-ageing serums.? As a busy working mother, the idea of a skincare solution that was both simple and effective was exactly what she needed, and yet there was nothing on the market that could measure up. Deasy’s grandfather was the medicine man in his village in India, and this tradition of natural healing has continued in her family for six generations. He used a pestle and mortar to grind medicines and food. – The moment I decided upon the name, I had complete clarity – it was like the journey had begun. I found a compass.? The company’s first product took 18 months to develop, with the help of Deasy’s sister, a biochemist.

Despite all the travel and being a dedicated businesswoman, Deasy considers herself a mother first. And while the photography business has taken a back seat to the burgeoning beauty one, Padraic is still her right-hand man. ?I’m an ideas person, and my husband is the creative director, so he is the one that puts it all together.? The duo brought their products to a global market, expanding to the US, and have been accepted onto QVC – a shopping channel viewed in 140 million households (they sold out after Deasy’s first appearance). Inspiration comes from varied sources.

?I’m most inspired by my children, or in fact, any children! Their minds are so free and clear, and they believe anything is possible. It’s refreshing and infectious. I travel a lot, which can be tiring, but it is fantastic and fun also. e people I have met and the connections I have made around the world inspire me and allowed me to think globally with regard to my brand.? In addition to expanding the brand worldwide, Sonia will be launching an eye cream in direct response to demand from her customers. Deasy defines success as maintaining balance whilst doing all in your power to become the best you can be. ?Family, love, giving, learning, money and power are the pillars of a successful life for me, and in that order.?

Do you have a style uniform?

I’m mostly in black or white for work – it’s on brand! At the weekends, I stick to denim and a plain cashmere knit.

I have a few? Whistles, Cos, The Kooples.

WHAT IS YOUR FAVOURITE… form of exercise? Pilates … way to relax? Reading a novel … beauty treatment or product? Pestle & Mortar’s Erase & Renew – The Double 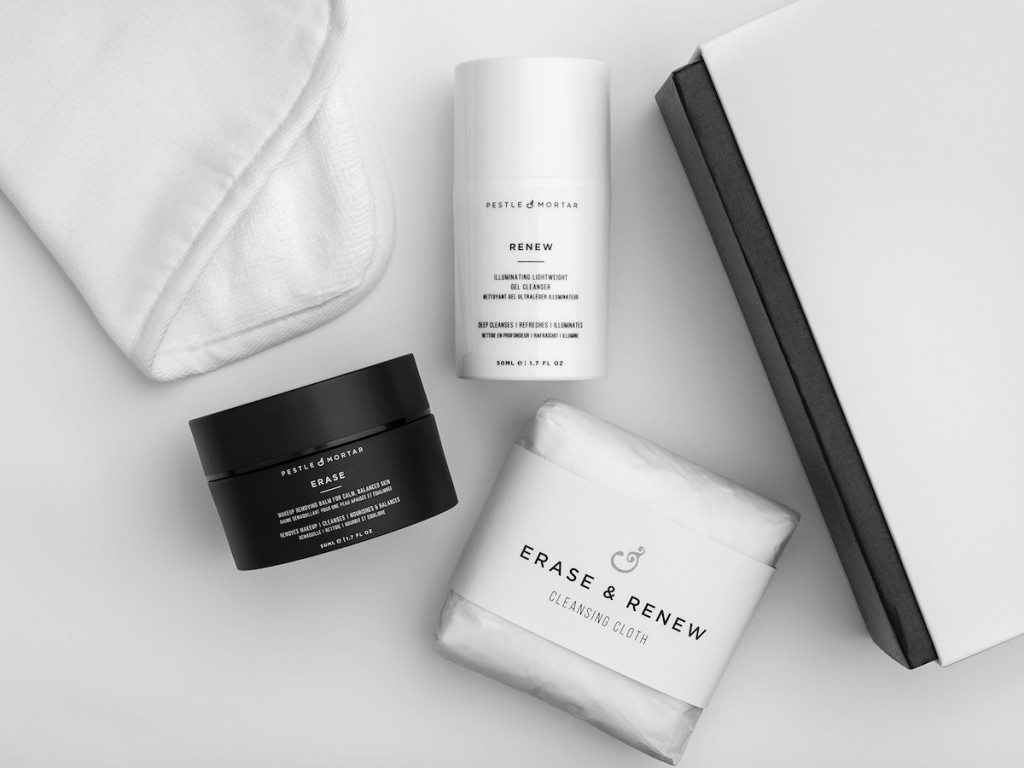