IMAGE Networking Breakfast: The Career of a Lifetime

THE CAREER OF A LIFETIME
Getting, and growing in your dream job

Securing the killer job is one thing; flourishing and growing in it is another. Hear inspiring stories from women at the top of their game, and get great, practical tips on translating their learnings into your own career.

Join IMAGE editor-in-chief Melanie Morris and a panel of Ireland’s most influential businesswomen and experts for a morning of luxury, learning and incredible inspiration.

WHERE The Marker Hotel, Dublin 2

Be in with a chance of winning an overnight stay for two with dinner at Rosleague Manor Hotel, Co. Galway, courtesy of Ireland’s Blue Book. 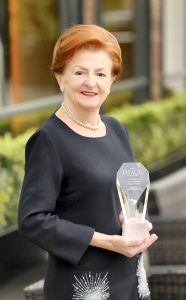 Board member and group director (business development and new markets) at Penneys/Primark, Breege O’Donoghue has been directly involved in the transformation of the business from a small Irish retailer to an international fashion brand during her 37-year career. Firmly established throughout Europe, Primark has now opened two stores in the US under her watch, with a further seven in the plan. Outside of her work at Primark, Breege has held government appointed positions on the board of a number of state companies, including An Post, Aer Rianta, Shannon College of Hotel Management as chair, and as chair for the Labour Relations Commission. Breege is also a non-executive director, member of the nominations committee and chair of the remuneration committee at C&C Group plc, and a trustee of IBEC. She has been awarded Knight (Chevalier) of The Ordre National de la Legion d?Honneur; Iconic Businesswomen of the Decade at the Women Economic Forum in New Delhi; UCD Quinn School Alumnus of the Year 2015; and the inaugural Lifetime Achievement Award at the 2014 IMAGE Businesswoman of the Year Awards. 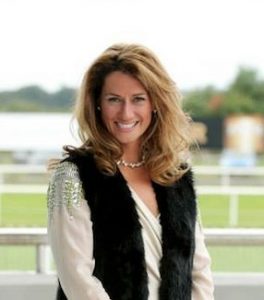 Julie Strang?has been the Country Manager and one of the Directors of the cool and quirky makeup brand, Benefit Cosmetics Ireland, for over eight years. A Trinity College graduate with a masters in Business and Finance from the University of Ulster, Julie has doubled the size of the Benefit business in Ireland during her tenure. Benefit now has a total of 56?Beauty Bars?nationwide with?Benefit’s own’standalone boutique and training academy?in Dublin’s South William Street. Now synonymous with Brow bars and the business of waxing, tinting, tweezing and pleasing, in June, Julie oversees the brand’s biggest launch – an extensive brow collection ??in its 40-year history. 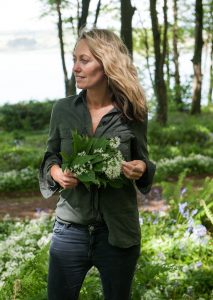 Clodagh McKenna is the author of five best-selling cookery books and has filmed four television series, which have reached audiences of over 15 million.?Clodagh studied in France and New York and trained at Ballymaloe Cookery School in Co Cork. Her work in Slow Food Ireland brought her to work at the Slow Food University in Italy, where she stayed for three years. She has a restaurant in Dublin and creates the menu with Aer Lingus onboard European and Transatlantic flights. She is also a keen golfer.