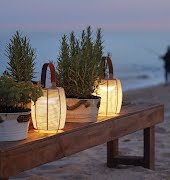 I’m A Celeb: 5 things to take away from Thursday night’s episode

We’re now five days into the nineteenth series of ITV’s I’m A Celebrity… Get Me Out of Here. The 10 famous campmates have just been joined by two new additions – but will their arrival alleviate tensions or add to them?

If you read my reaction to Wednesday’s episode, you’ll know that Ian Wright was seriously getting on my nerves.

The former Arsenal footballer put huge pressure on his campmates Adele and Roman ahead of their bushtucker trial, saying, “Quitting is very hard to forgive.” What’s more, he complained all day that he was hungry, and when he was finally offered food, he refused to take it. This ended up in a heated argument with comedian Andrew Maxwell.

But, last night, we saw Ian step up to clear the air. While relaxing in camp with Andrew, the 56-year-old asked, “Is everything okay? Are we cool?” He also said, “I don’t want someone to have a bad day because of something I’ve said. If you know you’re wrong, just say it and move on. Don’t let things fester.”

Well done Ian for being the bigger man.

Did anyone else’s heart break when Jacqueline Jossa and Kate Garraway spoke about missing their children?

“How long has it been since you’ve seen your kids?” Jacqueline asked the TV presenter. “Too long,” Kate replied. “I can’t think about it”.

Jacqueline then said, “I’m never leaving them again. Ever.” To which Kate replied weepily, “I had this moment where I couldn’t remember the smell of their hair. You know those little things? It’s terrible.”

As a viewer, everything from Kate’s tears to the break in her voice killed me.

On a much lighter note, the arrival of Andy Whyment and Cliff Parisi has brought new life and humour to the show.

The Coronation Street actor and Call the Midwife star are temporarily segregated from the main camp, and despite having very little food and having to dig through piles of fish guts, their spirits remain upbeat (Andy, in particular).

Andy, who plays Kirk in Corrie, laughed his way through his first bushtucker trial; winning five out of five stars. Not only did his joy and enthusiasm grip presenters Ant and Dec, but also the viewers.

I love that he’s just so happy to be there. “It’s like being in the telly!” he exclaimed during the task. “I’ve been watching this show since series one,” he added with a big grin on his face (despite smelling like fish guts and offal on his clothes). “I feel like I’m watching the TV back home.”

Ant and Dec get political (ish)

Who’d have thought a reality TV show like I’m a Celeb would reflect the ongoing Brexit drama? Last night’s episode did exactly that.

The 10 celebrities in the main camp were forced to decide which two teammates would join Andy and Cliff in ‘the jailhouse’. Jacqueline Jossa and Nadine Coyle very specifically said they wanted to remain. Rugby player James Haskell opted to leave, while the rest of the camp suggested they go to a vote. Sound familiar?

Ant and Dec highlighted the similarities, with Ant saying sarcastically, “If you don’t like the result of a vote, you can’t just have another vote until you get the result you want.”

Dec added, “It’s complicated, isn’t it? Right from the off, Jacqueline wanted to remain. Then Kate started off saying she wanted to leave, but then changed her mind and wanted to become a remainer…”

To which Ant replied, “Then Andrew Maxwell got involved, and he wanted to stop them going back to change the result.

The former Girls Aloud star taught them the Promise dance routine, and I was very impressed with Caitlyn giving it a go (considering she’s never heard a Girls Aloud song in her life).

It made for some seriously feel-good television. Without a doubt, this clip needs to be added to Nadine’s most iconic TV moments.

Read more: ‘Oh, dear God’ – and other thoughts on Wednesday’s I’m A Celeb

Read more: Why Phoebe Buffay is the best character in ‘Friends’