‘Identifying as a feminist felt like my scarlet letter’

Cropped shot of women protesting in the city

Being raised with the traditional mindset meant I grew up in South Carolina thinking I needed to find a man and settle down. Today, I am a feminist.

When looking up the term feminism, the first definition Google offers is “the advocacy of women’s rights on the basis of the equality of the sexes.” It offers a heroic status that one would imagine is shared by everyone, because it seems gender should not interfere with opportunity.

So then, why does identifying as a feminist feel like wearing a scarlet letter? (Editor’s note: The Puritans required adulterers to wear a scarlet letter – the letter “A” with a scarlet red colour – on a necklace as a penance for their wrongdoing. It therefore represents a wrongdoing, a visible symbol of something you regret.)

I’m ignored because my voice doesn’t slice through sounds without being raised. I can do nothing but dread the catcalling that I know my younger sisters will face as they get older. And I sure as hell don’t understand why male-dominant governments are able to control women’s bodies.

I want the women I love to feel powerful enough to stand up for their thoughts.

I want the girls being raised right now to grow up doing whatever their hearts desire without settling.

I grew up in a traditional, southern American small town just outside of the capital of the republican-dominant South Carolina. Out of the population of 800, 60% of the small town were women. Little to none of the 800 admit to identifying as feminist.

“If you don’t learn to cook and clean, how are you gonna find a man?”

My parents raised me with the traditional mindset, so I grew up thinking I needed to find a man and settle down. I was to bear his children, take care of his household and respect his leadership.

As a child, I was an independent tomboy who was raised hearing threats like, “if you don’t learn to cook and clean, how are you gonna find a man?” and, “no man wants a mouthy, argumentative woman”.

And as bizarre as it sounds, that was my childhood. After being raised in such a narrow-minded, judgmental town, I learned to swallow my feelings.

I learned to push my thoughts aside and smile through every grotesque, sexist comment thrown at me.

And then, I realised.

I will never forget the monumental points in my childhood that made me who I am today, from being denied a spot on the baseball team merely because I’m a girl to being sexualised by a customer at my first job at aged 14.

“The very tactics that were applied to my life to make me a great wife turned out to be the very motives that drove me to crave the shameful scarlet letter and every aspect of equality it stands for.”

These are situations I don’t want girls to accept.

I don’t want parents to teach their daughters how to settle and I don’t want it to be acceptable for entire communities to humiliate those who stand up for women’s equality.

I suppose my southern hometown and my traditional parents helped me.

The very tactics that were applied to my life to make me a great wife turned out to be the very motives that drove me to crave the shameful scarlet letter and every aspect of equality it stands for.

My name is Maygen Bazemore and I am a feminist. 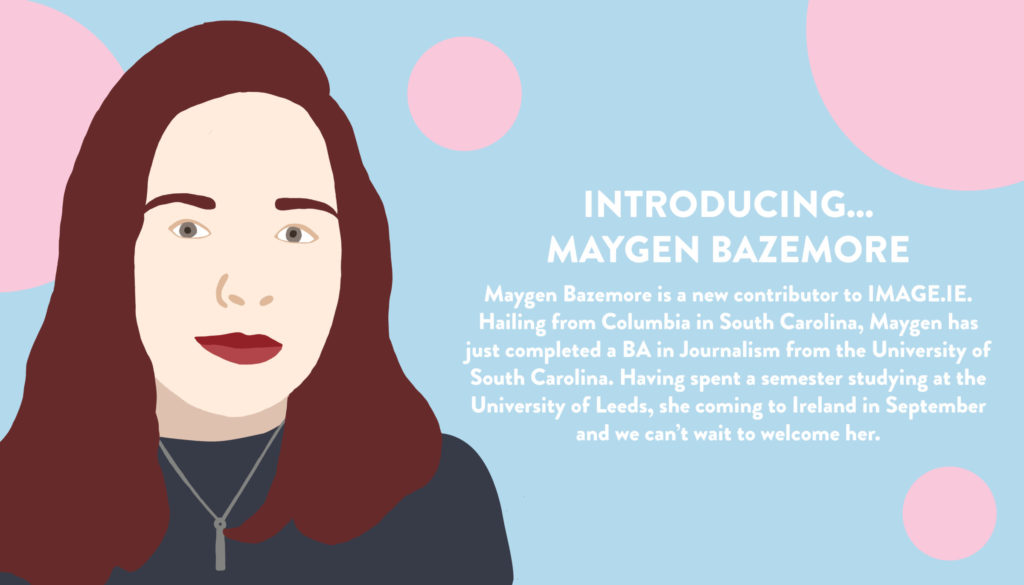