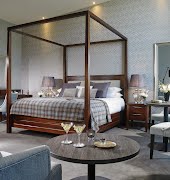 How Much Sex Will be in Fifty Shades?

The answer to that roaming thought is over twenty minutes. The Guardian reports that of the film’s 100 minutes, over one fifth will be devoted to the sexual education of virginal protagonist Anastasia Grey by dominant billionaire businessman Christian Grey.

Mr Skin, a website that ranks movies according to the amount of onscreen time devoted to copulation, claims this will be ?raunchiest movie in mainstream media in nearly a decade?, pointing out that Eyes Wide Shut, a film we would not recommending watching with one’s parents, had a mere two minutues of sexing. Fifty Shades of Grey has received an 18 rating in the UK and a R rating in the US. No scenes have been cut by classification bodies, so director Sam Taylor-Johnson’s vision will arrive to screens as god intended. Good news for rabid fans, even if Jamie Dornan, Mr Christian Grey himself, has said he did not do any full-frontal scenes.

However, one scene did end up on the cutting room floor. Earlier this week the Daily Mail reported that one scene that takes place in Anastasia’s head, in which jellyfish portray her sexual confusion, ?was cut. Taylor-Johnson wasn’t happy with the decision, pushed by producers, saying ?It was beautiful, very impressionistic. Everyone went, ‘What the f*** are those jellyfish doing there?’?

Will you be going to see Fifty Shades of Grey opening weekend, with or without the sex jellyfish scene?