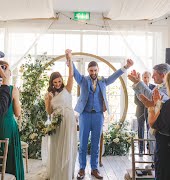 Oscar-nominated actor Bradley Cooper has come out in praise of Jennifer Lawrence’s recent call for equal pay for actresses and has said he wants to help his co-stars.?

Hollywood’s gender problem is one we’ve written about countless times before. From issues with leading roles to sexism in casting, the film industry has a lot of growing up to do. However, it’s looking like some actors are helping to kickstart that conversation, with everyone’s favourite onscreen pairing Jennifer Lawrence and Bradley Cooper paving the way.

Last week everyone was talking about a piece Jennifer Lawrence wrote for Lenny Letter, Lena Dunham’s newsletter.?The article, titled Why Do I Make Less Than My Male Co-Stars, addressed the fact Lawrence was paid less than her male co-stars in American Hustle, a movie in which her performance was critically lauded above all others. The pay disparity was revealed during the infamous Sony Hack last year. The Hunger Games star’s words are a wake-up call, a bolt of righteous indignation, and a lesson to women with ambition.

?When I found out how much less I was being paid than the lucky people with dicks, I didn’t get mad at Sony,? she wrote. ?I got mad at myself. I failed as a negotiator because I gave up early…I would be lying if I didn’t say there was an element of wanting to be liked that influenced my decision to close the deal without a real fight.?

The 25-year-old’s career has seen her become the second youngest woman to win the Best Actress Oscar and she’s currently the highest-paid actress in Hollywood this year. Despite all this, she was still being treated differently to the men whose careers she was outshining. Well, Lawrence is saying BS to all of that. Since her rallying call in Lenny Letter, various industry peers have come out in support of her empowering stance, including Emma Watson, Jessica Chastain and Bradley Cooper, who has acted opposite Jennifer four times. The two reunite in Joy this Christmas.

Last week Cooper was on the promotional tour for his upcoming movie Burnt – the story of an ambitious chef who finds himself and Michelin stars?? – when he came out in support of his frequent co-star’s call for better pay. The actor told Reuters he plans on working with his female co-stars on negotiating pay packages, in order to address the imbalance. That sound you heard? Every feminist swooning.

?I don’t know where it’s changing otherwise but that’s something that I could do,? the 40-year-old said. The actor also expressed dismay at what his other American Hustle co-star Amy Adams earned for the movie.??She worked everyday on that movie and got paid nothing. It’s really horrible actually, it’s almost embarrassing,? he said, before expressing his hope that Jennifer Lawrence’s article would encourage other actresses to demand better wages.