Robin Wright shines in the final series of the acclaimed show, even with the dark shadow of Francis Underwood’s absence looming over the initial episodes.

It was always going to be a tricky feat; solving the mystery of what exactly happened to Francis Underwood when we know exactly what happened to him in real life. But Robin Wright’s Claire Underwood deals with it swiftly and with intent from the opening scene, by repeatedly declaring him gone. “Whatever promises Francis made, died with him.”

It’s still early days – just after the first 100 – into her presidency, Madam President is supposed to be grieving and yet the challenges she faces in the opening episodes seem to revolve around trying to hold a conversation that doesn’t centre around her late husband. But looking steely-eyed into the camera, she advises, “whatever Francis told you in the last five years was a lie.” And she holds her own. But how much of what the audience is getting is a lie? Spoiler: Frank apparently died of natural causes, but as the episodes go on, it becomes clearer that another force may have been at work, possibly Claire herself. Her true intentions are only revealed as the episodes go on. 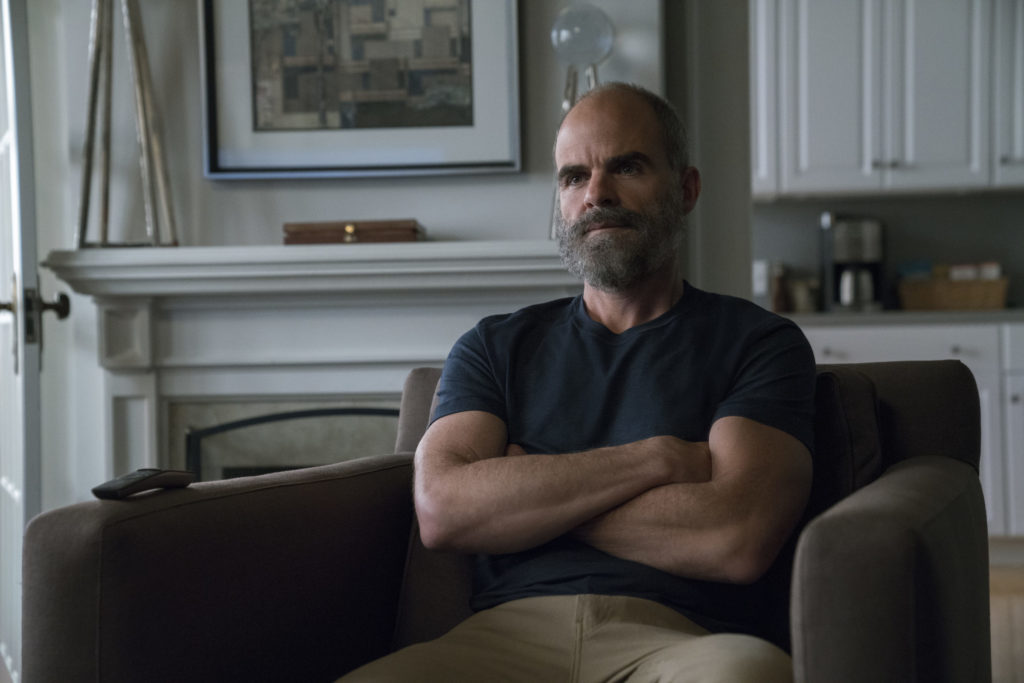 But does the show work with a ghost in the background? Almost. Much of the opening episodes are spent with Claire trying to get a handle on her enemies and divided loyalties. An attempt on her life throws everything out of joint.  We meet old faces, Doug Stamper who finally confirms a secret that fans have been asking about since the fourth season. Claire still connives to take down her those who would wish ill of her (and plenty do) while wearing that same chilling expression (and some pretty amazing power suits) amongst all the backstabbing. She’s as effortlessly brilliant as ever, but something still feels amiss, even though she more than deserves to lead the pack.

What made Right shine as part of a twosome, works all the more in this season. As Frank’s partner, she epitomised the show’s quieter brand of menace. Frank lay it all out on the table; all dramatics and fireworks. He was sly, but not quite as careful as his wife. She, enigmatic and careful, she hungered for power just as much as he did, yet her pursuit of it never felt frantic, she always evoked a quieter confidence. And when her facade eventually breaks, it’s a different kind of terrifying. Credit should go to Wright for elevating her character from being mere “arm candy” to one that as seasons three to five hit became on par in the popularity stakes as the leading actor. There’s a complexity beneath the icy troupe so carelessly given to female characters that few can master as Wright can.

The acting is the best its ever been and she commands every shot; it’s worth watching for Wright alone.

And yet, it still feels slow and laboured for much of it. We just don’t know Claire the same way we did Francis, and so we don’t trust her as much – we’re not as easily drawn in. That’s part of the appeal and downside of the character, she never gives the game away as her husband did (and often too soon), a valid skill when you’re a constant target as she is, but eventually that loses its allure and acts as a frustration.

I’ve only seen several episodes, so how it pans out is anyone’s guess but it lacks the momentum of previous early seasons – something that was to be expected.

It’s relevant and timely in our era of #MeToo, and as Claire says at one point, ‘would you ask me that question if I were a man?’ but something stops Wright from every fully getting her moment in this season, and that blame likely lies with the man who left a trail of destruction and mess in his departure.

Watch it, and decide for yourself.

House of Cards premieres on Netflix on November 2nd