Christmas at home: the tablescape pieces to make all the difference

Heidi Klum knows how to look good almost naked. Here, the supermodel-turned-supermogul reveals her trick to looking good in lingerie (preferably hers).?

Heidi Klum’s megawatt smile is hard to miss. The German supermodel is even more striking in person than on television or in any one of the many fashion and beauty campaigns she has fronted for the last two decades. We meet on St Patrick’s Day in the elegant surroundings of The Soho Hotel in London, and after being ushered into her suite, I can’t help but be disarmed by her statuesque presence and vivacious personality. After exchanging pleasantries, she quickly confides she hasn’t yet made the trip to Ireland, but manages to convince me it’s on her must-visit list.

Klum became a household name as a hugely successful model, and is now the star of three hit reality shows (America’s Got Talent, Project Runway and Germany’s Next Top Model). She’s also a single mum of four who, in between plotting her now legendary Halloween costumes, has managed to carve out a business empire for herself with a slew of branded merchandise; uniquely managing to bridge the gap between fashion, business and television. She has masterly completed her transformation from supermodel to business mogul with aplomb. 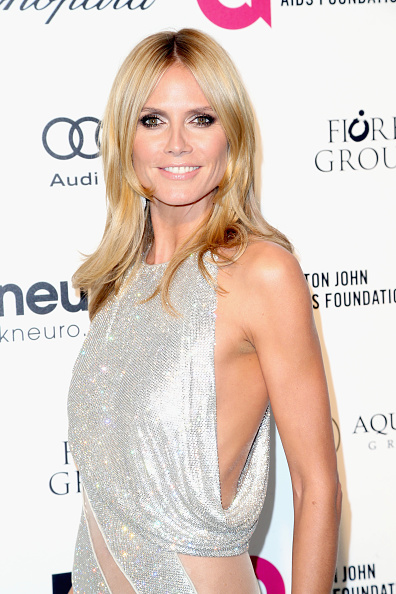 It’s Klum’s signature lingerie line, Heidi Klum Intimates, and her new season collection that brings us together in London, and it doesn’t take long to see how she has made such a successful transition. Amidst the German charm and flashing smile, she’s not shy about getting down to business. ?I know what women are looking for,? she says with confidence that comes only with experience. Klum is the face and creative director of Bendon’s flagship intimates collection, Heidi Klum Intimates. Bendon is a New Zealand- founded, Australia-based company and world leader in intimate apparel. The collection, which launched globally in over 1,800 stores in January 2015, has already proven to be a worldwide hit with customers. Heidi Klum Man, a stylish menswear brand, and Heidi by Heidi Klum, a more accessible and everyday women’s brand, also sit within the Heidi Klum Intimates collection.

The new lingerie collection for SS16 exudes femininity, elegance and sophistication and boasts exquisite lace, elegant cuts and delicate silks. It features pieces for every day along with those special moments. The entrepreneur has drawn on her own experience, both as a model and a woman, to help create a collection that women actually want to wear. ?It’s a lot of learning by ageing, learning from shopping, and learning through the jobs that I’ve had in the last 24 years,? she tells me assuredly. Despite all her roles in the spotlight, it’s Klum’s more personal role as a mother that has aided the design process this time around. ?I know what it’s like to go up and down in size, and the support that you need after breastfeeding four children. My body is different now than it was when I was 25. Back then, I could wear anything, and it always looked good. Now, I need a little bit more support.? 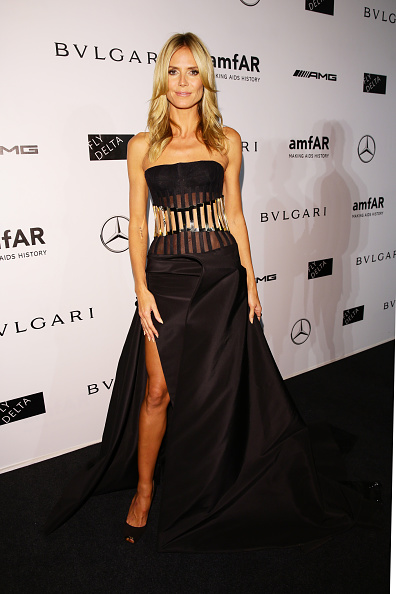 Combining her creativity and knowledge with inspiration from dreamy Italian getaways, Heidi has carefully curated a collection to offer undergarments in a kaleidoscope of colour to suit all body types. ?We’re all different. We have different needs. Some women are bigger on top, some smaller on the bottom, or the other way around. Some want to have more cleavage, others want less.? But the secret to wearing lingerie with confidence is finding the pieces that suit your shape. ?I do believe that with the right underpinnings, you feel more confident, even though not everyone gets to see it.?

And while investing in Klum’s line won’t make you look like a German supermodel overnight, her range does offer support and style in equal measure. Klum believes that comfort is the key to unlocking true confidence. As we chat fabrics and styles, she suggests women need to be a little more adventurous with their lingerie choices, but to measure those choices based on your body type. To simplify, the German beauty relates lingerie shopping to shoe shopping: ?If you can’t wear heels, it’s better to wear flats.? Given her playful, adventurous approach to life and dressing up, it’s little surprise she cites Rihanna as her style icon. ?She’s very daring. She’s very unique. She’s always fun to watch, and you never know what she’s going to do next,? she gushes excitedly. ?Sometimes [she’s dressed in] Hollywood glam, next it’s a see-through mesh dress all in glitter, and then it’s Timberland boots, boyfriend jeans and a big T-shirt. You just never know what you’re going to get, and I like that about her.?

Klum herself showcases a signature style of feminine-inspired looks, most recently slipping into a floor-sweeping Versace gown at the 2016 Vanity Fair Oscar Party. Once a year, however, she chooses to embrace her inner Rihanna in epic proportions at her annual invite-only Halloween party. Last October, she endured nine hours of hair and make-up in order to transform into the iconic cartoon character Jessica Rabbit. Clearly, when it comes to both her appearance and business, Klum is not messing around.

Heidi Klum Intimates is available from Brown Thomas, and online at heidiklumintimates.com from June, along with the debut Heidi Klum Swim collection. Prices range from €12-?280.